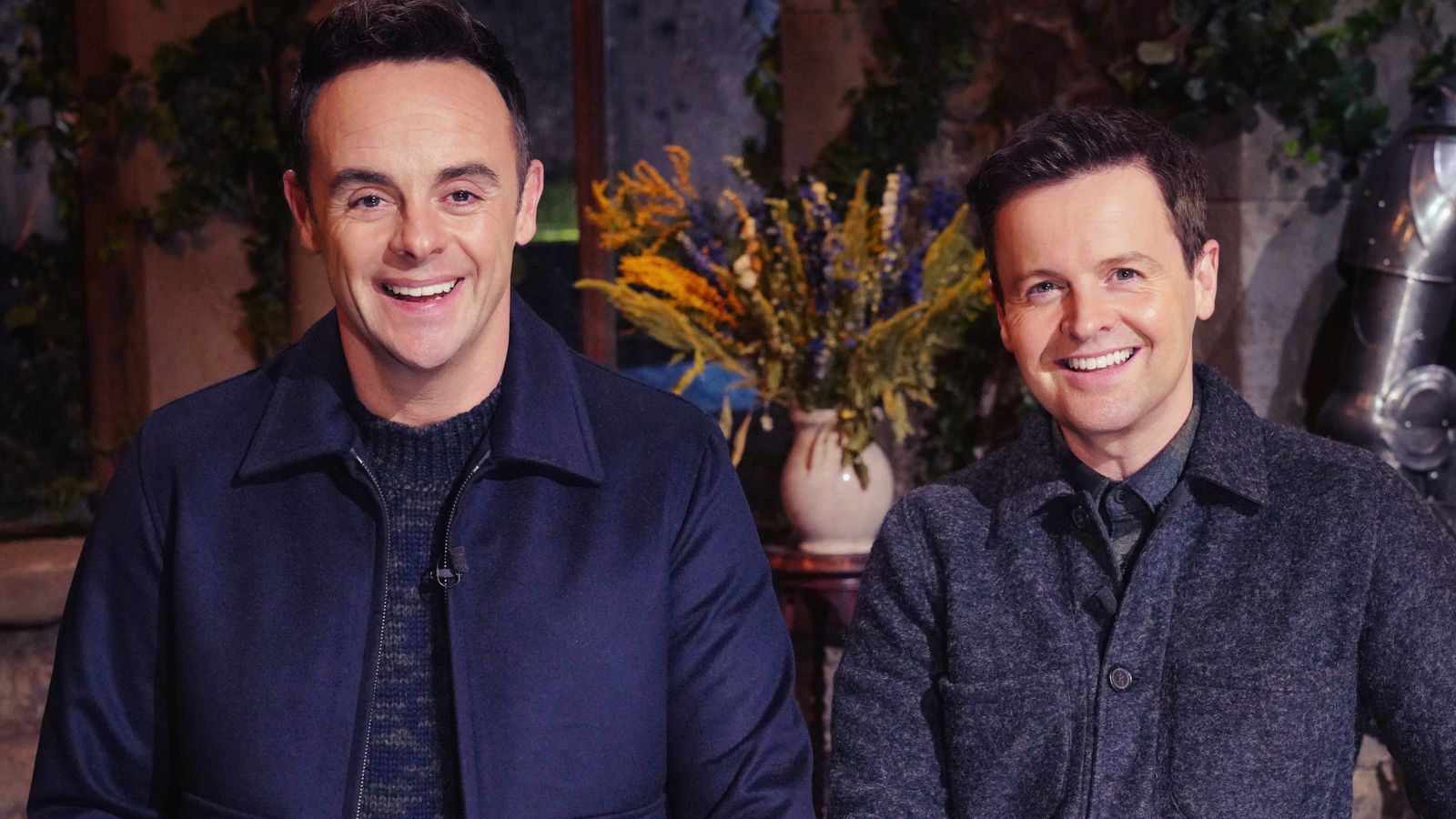 I’m A Celebrity presenters Ant McPartlin and Declan Donnelly have mocked the prime minister over his awkward headline-making keynote address to business leaders.

The duo referenced Boris Johnson‘s speech during a link in Monday night’s episode of the hit series, which launched the previous evening with celebrities including Frankie Bridge from The Saturdays, TV presenter Richard Madeley and football star David Ginola.

Earlier in the day, Mr Johnson had delivered the now much-ridiculed speech to the Confederation of British Industry in South Shields – near Newcastle, Ant and Dec‘s home city – referencing a day trip to a Peppa Pig theme park and making car engine noises.

Part of the way through there was an awkward silence as the prime minister appeared to lose his place and was left shuffling sheets of paper. He muttered “blast it” before saying “forgive me” to the crowd.

Later on I’m A Celebrity, appearing live from Gwrych Castle in North Wales, McPartlin asked his co-host where they had bought a cake that featured in a challenge.

Flipping through sheets of paper for more than 10 seconds, Donnelly appeared flustered and said “forgive me!” repeatedly – until finally finding the correct page and exclaiming: “We got it in Poundland in Rhyl.”

More on Ant And Dec

In 2017, Mr Johnson’s father, Stanley, appeared on the 17th series of the show, finishing in seventh place.

Monday night’s episode also saw French football star Ginola opening up to his campmates about how he survived a heart attack.

The 54-year-old suffered a cardiac arrest during a charity match in France in 2016 and received CPR on the pitch from fellow footballer Frederic Mendy.

“Just playing football and at one stage you just fall on the floor,” he said. “So they have to perform CPR for 12 minutes and they arrive with the defibrillator and they shocked me, one time, two times, three times.

“They said, ‘I think your friend is dead’. A fourth, fifth time. The fifth time, a heartbeat.

“The surgeon said, ‘you’ve been very lucky, David, it’s a miracle. In your condition nine out of 10 would have died’.

“When you come back from that you just have your mind full of questions. Is it a message? Am I going back for a second life for a purpose?

“Because when you’re fighting, when you’re dead, you’re on the crossroads. There’s life and death.”

The contestants in this year’s series are currently split into two groups, with half living in the castle and the others in cells below, with basic facilities and limited rations.

PMQs: Sky’s Beth Rigby on another ‘uncomfortable’ PMQs for Rishi Sunak
Inside the conclave: How it works
‘I was sad for the institution’: Nancy Pelosi speaks out about McCarthy speaker vote
Sky reporter blocked from asking JK Rowling question
Hear what Putin critic thinks could lead to Putin’s downfall