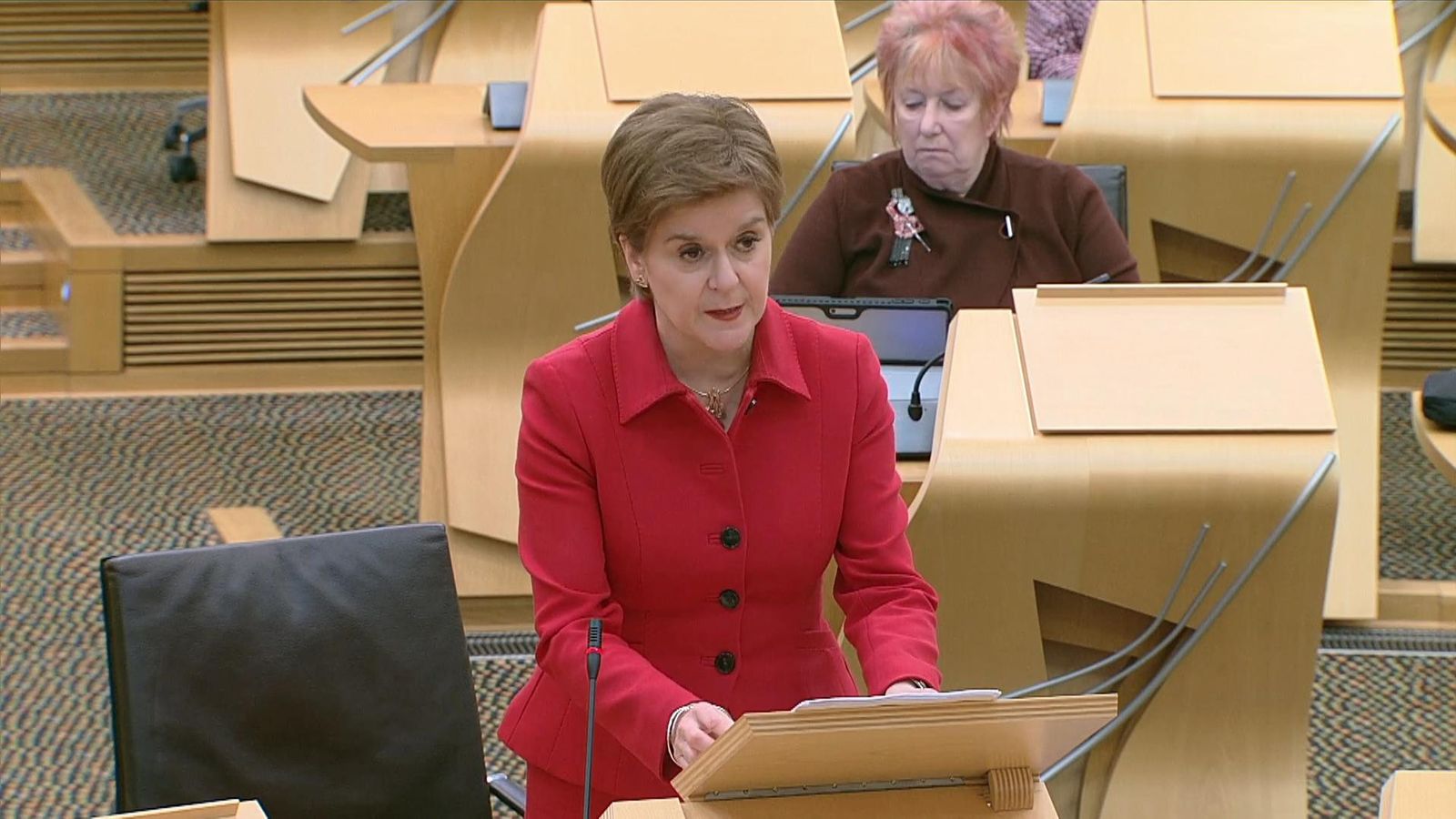 Scotland will not be expanding vaccine passports to pubs, cinemas and theatres, Nicola Sturgeon has announced.

There had been speculation that the scheme would be extended but today the first minister told MSPs “we have decided not to extend the scope of the scheme”.

She said the Scottish government had taken into account the situation being “precarious” but that cases were currently stable and slightly declining.

She also said ministers had considered the “inevitable impact” on the operation of businesses.

“This was a very finely balanced decision,” she said, adding that “at this stage, [an] extension would not be proportionate”.

From 6 December, the first minister said proof of a negative lateral flow test will be accepted to access nightclubs or large events and can be used instead of the COVID-19 certificate.

She urged people to take a lateral flow test before “any occasion you’re socialising with others”, or even shopping in a crowded place.

Ms Sturgeon confirmed there will be no further changes to other COVID-19 restrictions, such as mask-wearing and home-working.

The government recently published a paper suggesting Scotland faced a choice between expanding the vaccine certificate programme or closing venues and limiting the number of people who can meet.

Meanwhile, Northern Ireland strengthened its message that people should work from home where possible.

In a statement, the Stormont government said: “Our collective aim is to reduce pressure on our hospitals, while allowing our society and the economy to remain open as fully and safely as possible.

“That means we all need to take action to prevent a worsening of the situation that would potentially require more severe measures.”

First Minister Paul Givan added: “There is hope that we can come through this period over the next number of weeks by making that collective effort and taking personal responsibility seriously.”

‘I’m asking the questions’: Sciutto pushes back on GOP lawmaker over debt ceiling
Who are the key players in the Russia-Ukraine crisis?
‘I still feel really violated’ – says a woman whose flat was broken into by debt collectors
No 10’s defence of Dominic Raab bullying allegations under scrutiny
‘He didn’t just break the law he broke my heart’: Navy veteran on George Santos