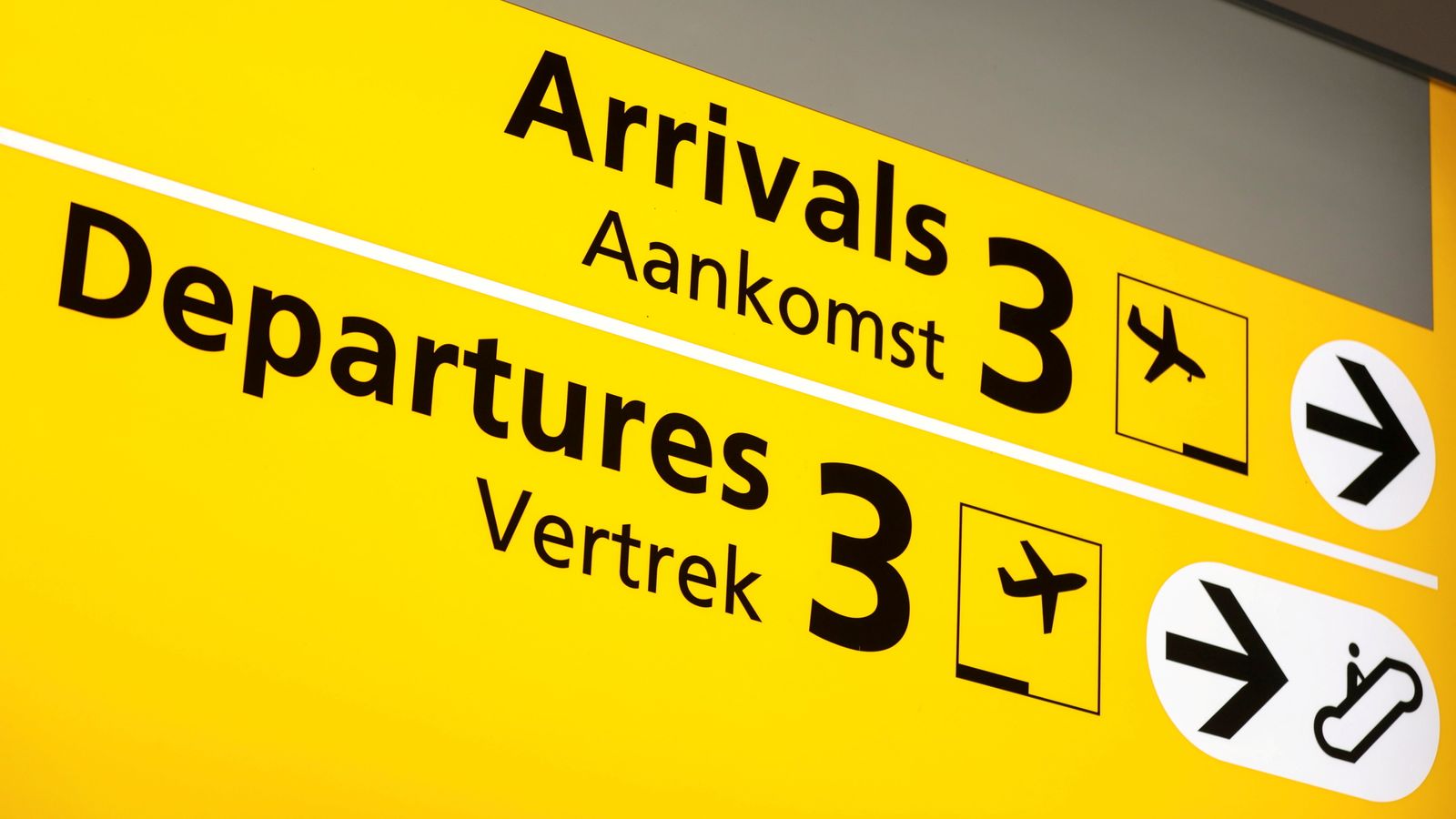 Authorities in the Netherlands have detected 13 cases of the Omicron coronavirus variant among passengers from South Africa.

Health officials said the infected people were on flights from the southern African nation earlier this week.

A total of 61 people on the planes tested positive for the virus – and 21% of those had Omicron.

The two flights in question landed on Friday, arriving from South Africa at Amsterdam’s Schipol airport – one of the busiest in Europe.

The Dutch health minister said it was possible that there were more cases of the new COVID variant in the country.

Travel advice for those arriving from the southern parts of Africa has now changed, but cases are already appearing around the world.

Authorities in the Netherlands are trying to get in contact with 5,000 other passengers who have arrived from South Africa, Botswana, Eswatini, Lesotho, Mozambique, Namibia or Zimbabwe since Monday.

So far, the Omicron variant has been identified in the UK, Germany, Italy, Belgium, Botswana, Israel, Hong Kong, Denmark and Australia.

Many nations are introducing restrictions on people who have arrived from or recently been in southern Africa.

Travel is also slowing to some other destinations – with the first Dubai Airlines flight to Tel Aviv, Israel delayed until further notice having been due to commence on 6 December.

A new lockdown is due to start in the Netherlands this afternoon – a plan already in place due to a recent surge in cases there.

Bars, restaurants and most shops will be closing at 5pm.