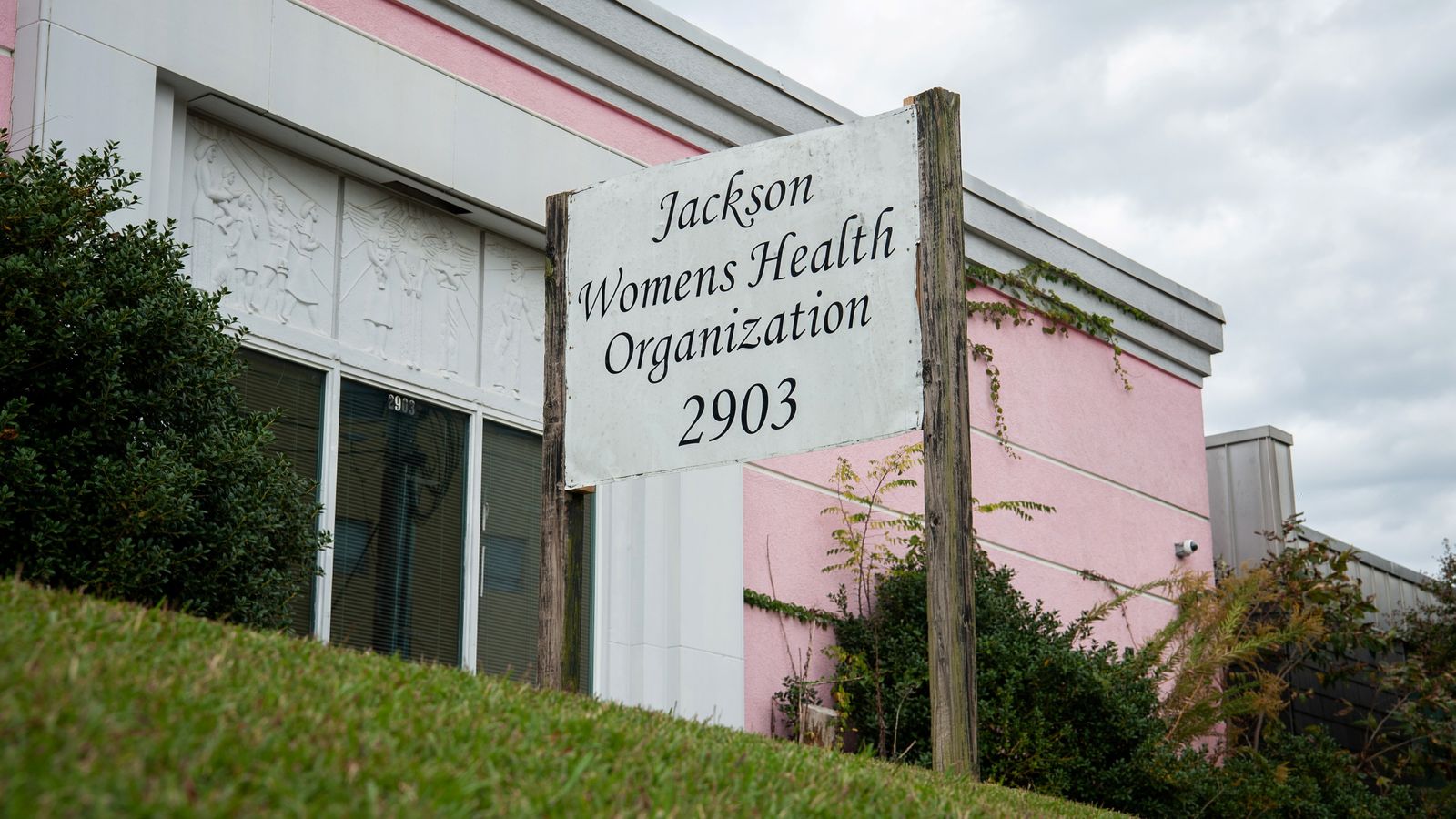 Outside Mississippi’s only abortion clinic, it is rowdy, tense, and uncomfortable.

As women turn up to receive abortions at Jackson Women’s Health, they are met with gruesome pictures of foetuses and an evangelical group blasting religious music through enormous speakers.

Nicknamed “The Pink House”, a huge fence has been erected and covered in black fabric to avoid activists harassing the patients and staff.

That hasn’t stopped one man bringing along his own PA system and loudly preaching at every woman that goes inside.

So-called “clinic defenders” try to counteract the hostility, wearing bright clothing and guiding patients into the clinic. They’ve got their own speakers too, booming out the local pop radio station in retaliation.

This single clinic serves the Mississippi population of three million, and it is at the centre of a highly anticipated Supreme Court case which could have ramifications for women across the country.

On Wednesday, the Supreme Court of the United States will hear a case brought by the state of Mississippi against Jackson Women’s Health Organisation.

Mississippi wants abortion banned after 15 weeks in an aim to make the state “the safest place in America for an unborn child”, according to the governor there.

Reproductive health experts believe that is long before foetal viability at around 23 or 24 weeks – when a foetus is able to survive outside of the womb.

Jackson Women’s Health will argue that such a ban is an affront to a woman’s constitutional right to choose.

That right is based upon a landmark ruling made nearly 50 years ago by the Supreme Court, known as Roe vs Wade – it granted women the right to abortion across America.

Patricia Ice, who lives in Mississippi, had a backstreet abortion illegally as a teenager before Roe vs Wade was passed.

“I was at this woman’s house and she had me lay on a table, a dining room type table, with no anaesthesia so the procedure itself was painful. That’s a humiliating, hurtful experience so I don’t want anybody to have to go through that.”

Ms Ice worries America is going back in time, and she’s not alone.

Nikia Grayson is the clinical services director at Choices in Memphis, Tennessee – just over the border from Mississippi.

The phone rarely stops ringing at the Memphis clinic, not because abortion is becoming more popular but because the options available to women across the US are shrinking all the time.

They regularly see patients that have been forced to travel across state lines – we spot a number plate in the car park from Texas which recently banned abortion after six weeks.

Nine Supreme Court justices will hear the arguments from both sides in the Mississippi hearing on Wednesday, and rallies from both pro-choice and pro-life groups are expected outside the court.

Their decision will be the first insight into what the newly right-leaning court thinks about abortion rights in the US.

Six out of the nine judges have been appointed by a largely pro-life Republican party, and pro-choice activists fear they are poised to overturn Roe vs Wade, and leave the power to choose in state hands.

Pro-life activists would herald such a ruling as a victory for the right of the unborn child.

According to analysis from the Guttmacher Institute, 11 other states alongside Mississippi have ‘trigger laws’ in place and are poised to ban abortion entirely if Roe vs Wade is overturned.

The hearing itself concerns one state and one clinic, but it is bound to have an enormous ripple effect for women everywhere in America.

‘I was sad for the institution’: Nancy Pelosi speaks out about McCarthy speaker vote
Former CIA director: US is sending ‘unhelpful message’ to allies
Calls for energy firms not to force people on to prepayment meters
Ex-Trump official reveals the moment he knew his job was at risk
Hear what Putin critic thinks could lead to Putin’s downfall