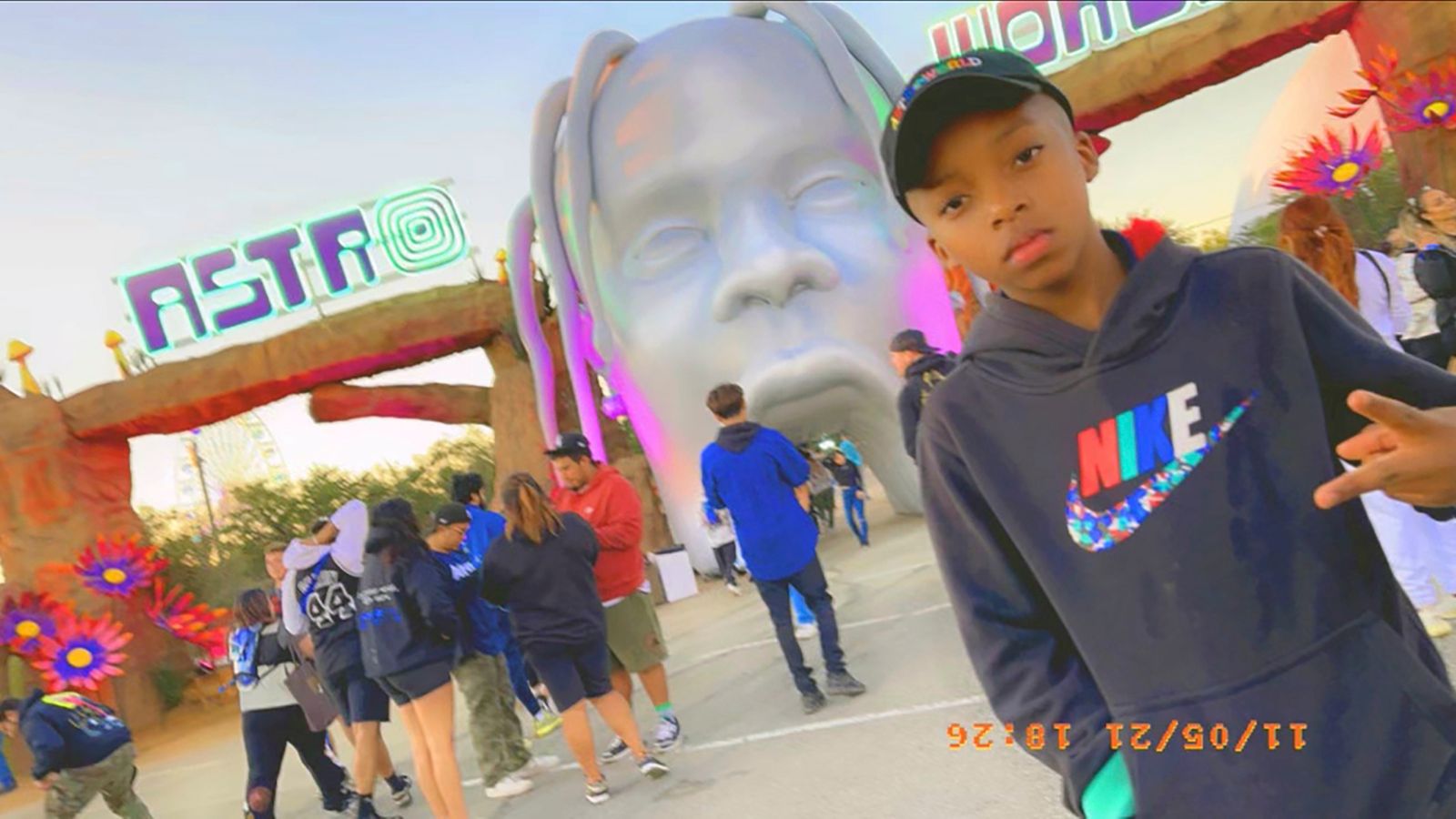 Travis Scott’s offer to pay for the funeral of the youngest victim of the Astroworld crush has been declined by the nine-year-old boy’s family.

Ezra Blount from Dallas died at Texas Children’s Hospital in Houston after being placed in a medically induced coma due to his serious injuries.

Nine others died and hundreds more were injured during the tragedy, which happened earlier this month after a crowd surge as Grammy-nominated Scott’s show was about to begin.

Days after the incident, the rapper said he would cover the funeral costs for victims and pay for mental health counselling.

However, the Blount family’s lawyer Bob Hilliard has told Scott’s representative, Daniel Petrocelli, that his “client’s offer is declined”.

In a letter, he said: “I have no doubt Mr Scott feels remorse. His journey ahead will be painful. He must face and hopefully see that he bears some of the responsibility for this tragedy.

“There may be, and I hope there is, redemption and growth for him on the other side of what this painful process will be, and perhaps one day, once time allows some healing for the victims and acceptance of responsibility by Mr Scott and others, Treston and Mr Scott might meet – as there is also healing in that.

“For now, Mr Scott must respect the fact that his pain and his devastation pale to Treston’s, Ezra’s mom, and the other victims.”

Ezra’s father, Treston Blount, described what happened at the festival on a GoFundMe page set up to support his son’s medical expenses.

He said Ezra was sitting on his shoulders before the crowd surge crushed them. Mr Blount then lost consciousness, and when he woke up, his son was missing.

A frantic search ensued until the boy was eventually found at the hospital, severely injured.

Ezra suffered severe damage to his brain, kidney, and liver after being “kicked, stepped on, and trampled, and nearly crushed to death”, his family said in a lawsuit filed against Scott and the event’s organiser, Live Nation.

Mr Hilliard’s letter to Mr Petrocelli also said: “The loss of a child is like a faucet of unimaginable pain that has no off handle.

“To lose a child in the manner Treston lost Ezra compounds the pain – as a parent, Treston cannot help but agonize over the terrible idea that Ezra’s last minutes were filled with terror, suffering, suffocation, and worst of all surrounded by strangers, his dad unconscious underneath the uncontrolled crowd.”

He was responding to correspondence from Mr Petrocelli that stated Travis Scott had asked him to “reach out on his behalf to extend his deepest sympathies and condolences” to the Blount family and formally offered to cover Ezra’s funeral expenses.

The letter said: “Travis very much would like to reach out personally, but does not wish to intrude on Mr Blount’s privacy during his time of grieving.

“Travis is devastated by the tragedy that occurred at the Astroworld Festival and grieves for the families whose loved ones died or were injured.

“Travis is committed to doing his part to help the families who have suffered and begin the long process of healing in the Houston community.”

He added that if the offer was accepted, it would have “no effect” on the Blount family’s lawsuit, which is seeking at least $1m (£744,600) in damages.