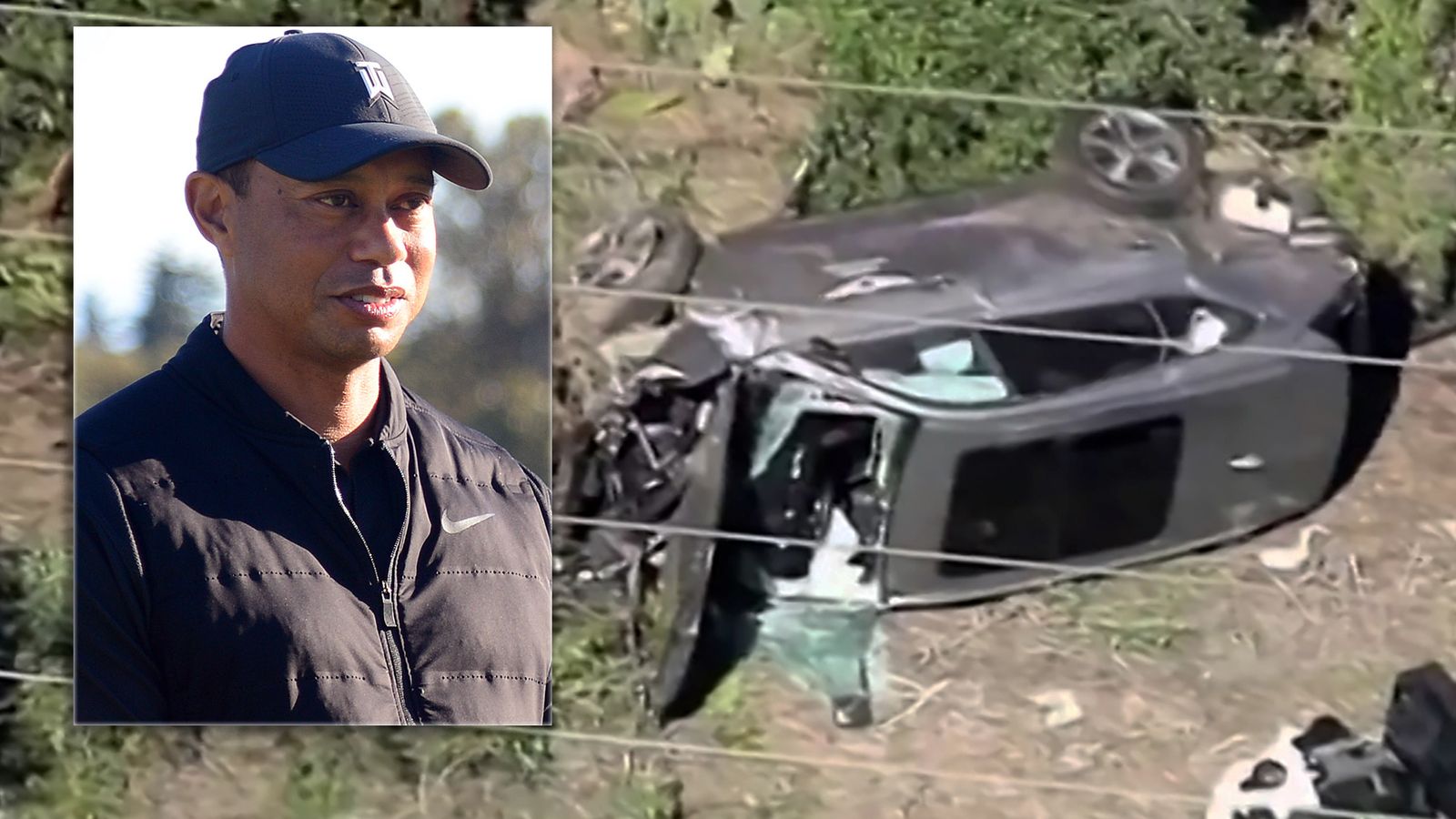 Tiger Woods has said be won’t be able to play golf full-time “ever again” after a car crash in which he could have lost his leg.

The 15-time major champion was speeding, police said, when his SUV hit a tree in Los Angeles in February.

His chances of more top titles appear to be over and the 45-year-old said he’s looking at just one or two events per year if his rehab goes well.

Woods told Golf Digest: “I think something that is realistic is playing the tour one day – never full-time, ever again – but pick and choose, just like Mr [Ben] Hogan did.

“Pick and choose a few events a year and you play around that.”

The golfing great said he accepts his time competing among golf’s elite is probably a thing of the past.

“I can still participate in the game of golf. I can still, if my leg gets OK, I can still click off a tournament here or there,” he said.

“But as far as climbing the mountain again and getting all the way to the top, I don’t think that’s a realistic expectation of me.”

The 45-year-old suffered open fractures to his right leg in the accident and said there was a chance it could have been amputated.

“There was a point in time when, I wouldn’t say it was 50/50, but it was damn near there if I was going to walk out of that hospital with one leg…” said Woods.

After the crash, he told police he did not remember driving, let alone how the crash occurred, and thought he was in Florida.

His car was travelling as fast as 87mph in a 45mph zone, according to the LA County Sheriff’s Office, and going 75mph when it hit the tree.

Woods also told Golf Digest he’s had five back operations, and despite a recent video showing him hitting balls is “not even at the halfway point” for considering a comeback.

The golfer’s crash came four years after he was controversially found asleep at the wheel of his Mercedes with the engine running.

Police video showed him failing a sobriety test and he was charged with driving under the influence. He later pleaded guilty to reckless driving.

Toxicology reports showed he wasn’t drunk but had a mix of drugs in his system such as painkillers and sleep medication.