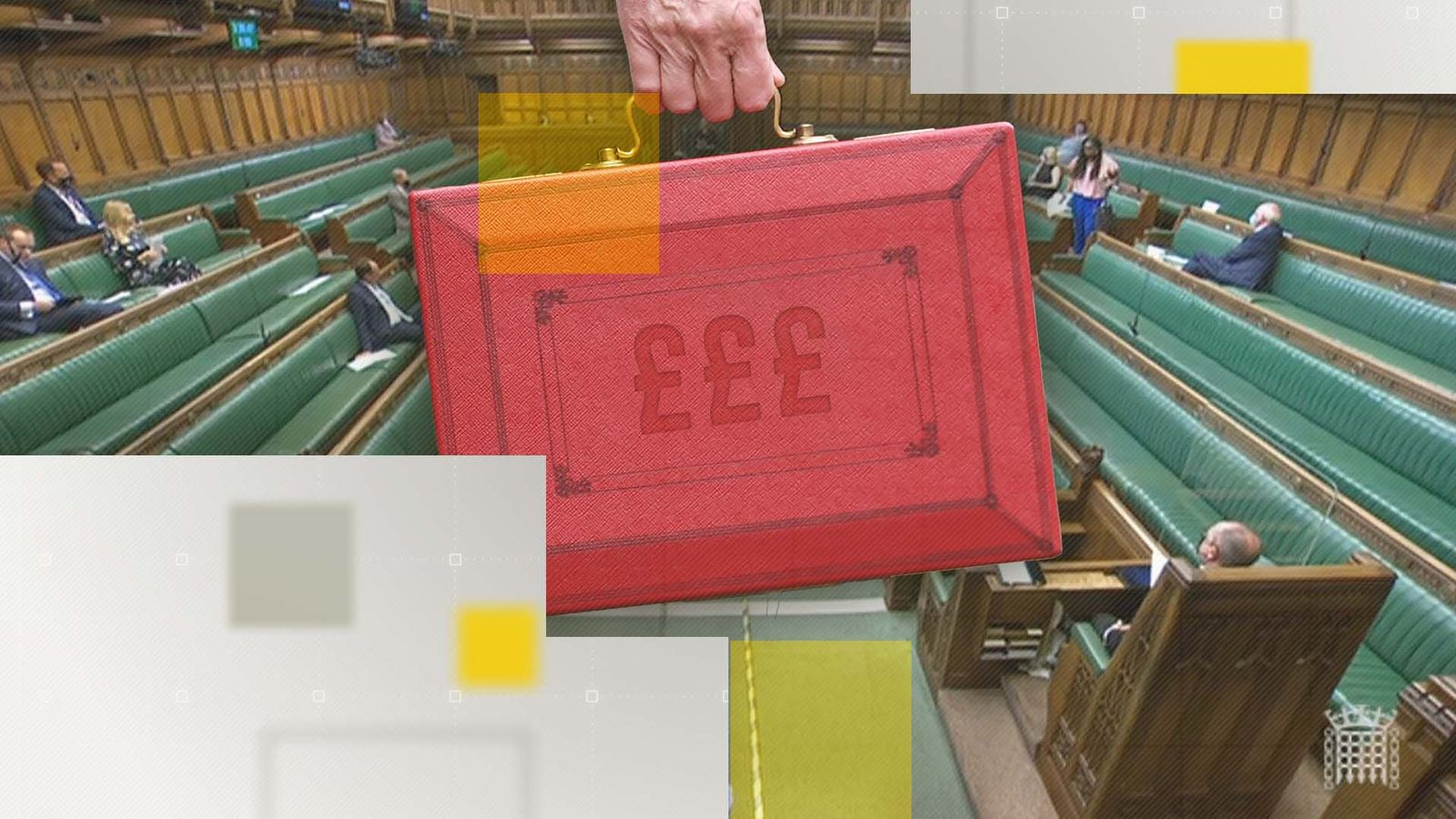 Former cabinet ministers who remain in parliament earn an average of £162,000 on top of their MP salary from the private sector in their first year after leaving government, Sky News research has found.

The figure, arrived at by analysing data from the register of members’ interests between 2015 and 2021, excludes earnings from media appearances or book royalties, as well as the earnings of former prime ministers.

Former cabinet ministers who remain in parliament and earn money from the private sector receive an average of £162,000 on top of their MP salary in their first year after leaving government.

Ex-ministers also earned £82,434 in their second year after leaving government. The decline is mostly attributable to high earners leaving Parliament within a year – such as the former chancellor George Osborne who resigned as MP in 2016 to take up a role at the financial firm BlackRock.

Third year earnings fell to £40,237. A political science expert told Sky News this could reflect the waning of ex-ministers’ influence.

Ministers cannot earn outside income, but when they leave government for the backbenches they once again have the opportunity to supplement their salary. This is allowed under parliamentary rules and a committee approves former ministers jobs if taken up within two years of leaving office.

Yet the amount of time some MPs spend on second jobs and the transparency of their consultancy work have led to calls for reform.

Last week the House of Commons Committee on Standards released recommendations calling for MPs to be banned from giving paid parliamentary advice, consultancy or strategy services.

The committee chairman, Chris Bryant, said he was “genuinely surprised” at the average outside earnings identified by Sky News.

He said: “Former ministers, especially recently departed former ministers, need to be terribly careful of the potential for conflicts of interests – paid lobbying is one of the cardinal sins in parliament.”

Sir Alistair Graham, the former chairman of the Committee on Standards in Public Life, told Sky News: “The private sector is only paying these fairly large salaries if they’re getting something in return… they are not doing it just because they think these people are exceptionally skilled – they want an advantage from their previous role.”

When a sprinter wins an olympic medal, they can expect more lucrative sponsorship deals from sportswear brands to follow.

So should we be surprised that politicians with experience at the top of government are able to secure big paychecks on the backbenches from companies who value their advice? Perhaps not.

Our analysis shows a big drop-off in average outside earnings for former ministers in parliament after they have been out of government for 3 years. Some of that decline in earnings can be accounted for in the data by individuals either leaving parliament or returning to government.

But it is also possible that the erosion in average earnings over a fairly short period of time provides a clue as to what companies are paying for – after all, the value of political experience is not likely to depreciate significantly in the space of 3 years, but political influence is far more perishable.

As Tim Durrant from the Institute for Government told us: “People’s influence and connections decline over time. If there’s a change of government then your connections are entirely worthless, and even the Conservative party is now very different to the one which came in with the coalition.”

MPs have often given up lucrative careers to enter politics. The last two chancellors, Sajid Javid and Rishi Sunak, previously earned large sums of money in the finance industry before entering parliament.

One explanation for the findings is that ex-cabinet ministers’ pay is bouncing back after they had given it up to enter government.

Sir Geoffrey Cox is one example of this. He was the highest earning MP in 2017, making over £700,000 that year by practising as a barrister. He then gave up this earning potential when taking up the role of attorney general in July 2018.

A CV burnished by formerly being the highest law officer in the land may be valued by his clients, such as the British Virgin Islands government, which he recently represented in a corruption case brought by the UK government.

The fact that MPs gain rather than lose out financially from being in the Cabinet is supported by the findings of Dr Simon Weschle, assistant professor of political science at Syracuse University, who analysed MPs earnings from 2010 – 2015.

He found that ministers in this period saw their earnings increase more than six-fold before and after stints in the cabinet.

In response to the Sky News analysis Dr Weschle said: “These findings support the previous research. Former ministers benefit after leaving the job.”

A common means for ex-ministers to earn money is to become consultants to businesses that value their advice.

Current MPs who have previously served in Cabinet and whose outside earnings from second jobs are in line with the averages identified by the Sky News analysis include Michael Fallon and Julian Smith.

Mr Fallon, the former defence secretary, received more than £144,000 in 2019 for his roles as a non-executive chairman of a residential development company and sitting on the advisory board of an investment company.

Julian Smith, the former Northern Ireland secretary, was set to receive more than £170,000 this year for his work as a consultant to two marine project companies and a hydrogen distribution business. The penultimate update to the register on 29 November revealed Mr Smith was leaving these roles.

Owen Paterson, the former environment secretary who has now left parliament after being found to have broken paid advocacy rules, was also earning a similar amount.

In 2019 he received more than £157,000 for advising Randox Laboratories, a health company, and two companies which supply animal feed and sausages. Two of these three companies are based in Northern Ireland – Mr Paterson previously held the role of Northern Ireland secretary.

Alex Runswick of the watchdog Transparency International, said rules ought to be tightened to prevent commercial relationships between MPs and companies having an impact on their work in parliament.

“We need to make sure MPs are making decisions on the laws that we all have to follow in the best interests of their constituents and the country, and not in the interests of a company they have a commercial relationship with,” he said.

“That’s not to say MPs should be banned from all second jobs – they shouldn’t – some roles such as those in the NHS and some in accounting bring huge value to parliament and enable them to keep up professional qualifications.”

There can be other benefits to allowing MPs to earn outside income. Jeremy Hunt, the former foreign secretary, has made £113,400 from speaking engagements since 2019 and states in the register that all of these fees have been paid directly to charity.

Tim Durrant of the Institute for Government said the earnings MPs and former ministers give up to serve the public should also not be forgotten:

“Maybe by the time they’ve been there for a few years that changes. But I don’t think that’s how they start out and I think if money was your objective you would just go straight to the private sector.”

Data included in the analysis concerned the employment and earnings section of the register of members’ financial interests 2015-2021 and the Institute for Government’s ministerial database 2013-2021.

Earnings from media appearances, newspaper articles, book royalties, surveys, and those of former Prime Ministers were excluded from the figures, as were those of former ministers who had been out of office for no more than one month between 2015-2021. James Brokenshire was also not included in the analysis.

VAT was added to ex-ministers’ earnings when MPs declared it was not included in their disclosures to reflect the total amount they received.

The Data and Forensics team is a multi-skilled unit dedicated to providing transparent journalism from Sky News. We gather, analyse and visualise data to tell data-driven stories. We combine traditional reporting skills with advanced analysis of satellite images, social media and other open source information. Through multimedia storytelling we aim to better explain the world while also showing how our journalism is done.