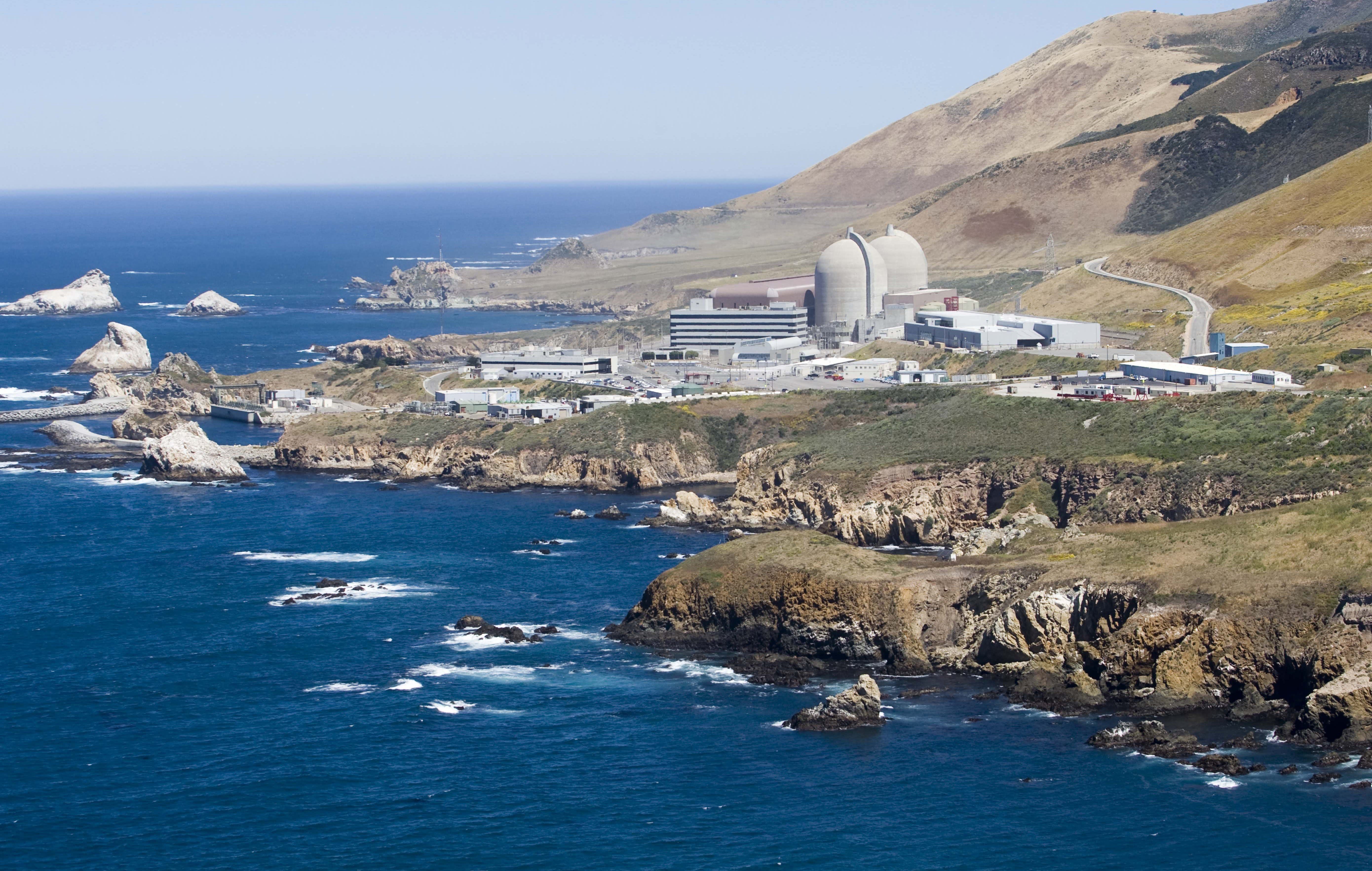 Scientists from the Massachusetts Institute of Technology and Stanford University have published a 113-page report outlining ways to retrofit California’s Diablo Canyon nuclear power plant, which is currently scheduled to be decommissioned and closed in August 2025.

The plan would save up to $21 billion in power grid costs if Diablo Canyon were kept open until 2050.

In addition, keeping the plant open to 2050 would preserve 90,000 acres of land that would otherwise need to go to be covered in photovoltaic solar panels to meet California’s climate goals. The scientists also propose that Diablo Canyon could be used as a site for a desalinization plant to provide much-needed water to the state, and a plant to produce hydrogen for use in clean-energy solutions.

The report, entitled “An Assessment of the Diablo Canyon Nuclear Plant for Zero-Carbon Electricity, Desalination, and Hydrogen Production” and published in November, is meant to spark new public conversations about the nuclear power plant’s future.

PG&E, the owner of Diablo Canyon, told CNBC it is not reconsidering its decision to decommission and close the plant. But the scientists behind the report hope another utility might take it over.

“There have been many such changes of ownership of nuclear power plants in the U.S. over the years,” said Jacopo Buongiorno, a nuclear science and engineering professor at MIT who co-led work on the report.

Buongiorno started the project in Sept. 2020 with Sally Benson, a professor of energy resources engineering at Stanford University. The final report lists eight authors, including seven academics and one consultant from Lucid Catalyst, a clean energy and decarbonization strategy firm.

“Funding for the study was all from internal university resources and philanthropic donations; no money from industry was sought or accepted,” Buongiorno told CNBC.

California lawmakers passed two regulations in 2018 requiring the state to shift to 100% carbon-neutral energy sources by 2045. That means the carbon-free electricity generated at Diablo Canyon could be worth billions, depending on how long the plant stays open.

If Diablo Canyon were to operate between 2025, its current expiration, and 2035, the cumulative cost savings to the energy grid would be $2.6 billion, according to Ejeong Baik, a Ph.D candidate at Stanford who led the analysis on electricity.

If Diablo were to operate through 2050, then the cumulative savings to the energy grid would be $21 billion.

The cost savings come from reducing expenditures on natural gas, photovoltaic devices, and energy storage technology that would be needed to replace the electricity output of 2,240 megawatts that Diablo Canyon provides.

“Meeting California’s climate goals will require continuous development and investment in renewable and energy storage technologies. What maintaining Diablo Canyon does is help reduce the burden of build needed for these resources, which eventually helps reduce the system costs as well,” Baik said.

Moreover, if California were to replace the energy provided by Diablo Canyon with solar panels, it would require 90,000 acres of land.

Additional use cases: Desalination and hydrogen

In addition to the electricity benefits of keeping Diablo Canyon open, the MIT and Stanford scientists envision adding two revenue streams by building a desalination plant on location, and by using the nuclear energy generated by Diablo Canyon to make so-called clean hydrogen.

California needs clean fresh water because much of the state is suffering extreme to exceptional drought conditions.

For the report, the scientists proposed building a desalination plant similar in size to an existing plant in Carlsbad, Calif., using the “reverse osmosis” technique, where salt water is pushed through a semipermeable membrane which blocks the salt. Desalination of sea water is ubiquitous in the Middle East and North Africa, the report points out, but takes a lot of energy, which is why co-locating a desalination plant with the nuclear power plant at Diablo Canyon could make sense.

The cost of of clean water produced at Diablo Canyon would be up to 50% cheaper than water being generated at Carlsbad, the report finds.

The desalination technology would be placed at least 1,000 feet from the coast in water at least 50 feet deep to protect marine habitats near the shore, the report said.

Hydrogen is emerging as a potential component in clean energy solutions. When consumed in a battery-like fuel cell to make electricity, hydrogen produces water as its only waste product. However, the production of hydrogen itself requires energy — which, depending on the source, can emit greenhouse gasses. Therefore, hydrogen is more of an energy carrier, or a way to make energy portable, than an energy source in itself.

Hydrogen is produced from water by breaking the molecule into its component parts (hydrogen and oxygen) with a process called electrolysis. If the energy used in electrolysis is renewable or carbon-free, then it is considered clean. (Colloquially, there are any number of categorizations for hydrogen creation, including green, blue, pink, and brown hydrogen, which vary slightly based on the source.)

In this case, the scientists propose building a high temperature steam electrolysis (HTSE) plant, which would have a footprint of about 20 acres. The hydrogen plant would run hand-in-hand with the desalinization plant, which would supply the fresh water necessary to make hydrogen.

Overwhelming anti-nuclear sentiment in the state helped drive the 2018 decision to close the plant, as CNBC previously reported.

So even though the scientists say the economics justify keeping Diablo Canyon open, PG&E says it will not reconsider its decision.

“The state has made clear its position on nuclear energy, and the plan to retire Diablo Canyon Power Plant has been approved by the California Public Utilities Commission and the state legislature,” said Suzanne Hosn, a PG&E spokesperson. “Our focus therefore remains on safely and reliably operating the plant until the end of its NRC licenses, which expire in 2024 and 2025.”

“They were signatories of the 2018 settlement leading to the decision to shut down Diablo, so we wouldn’t expect them to have a different position,” Buongiorno told CNBC. “However, we don’t envision that PG&E would continue to be the owner and operator of Diablo. They would be replaced by another electric utility.”

There are other barriers as well. For instance, the California Public Utilities Commission, a state energy regulatory agency, said whoever owns the plant would need to spend about $1 billion on retrofitting, including a seismic upgrade and a new water cooling system, before reversing the closure.

Buongiorno says the CPUC is wrong about the need for seismic retrofitting, pointing out that the federal Nuclear Regulatory Commission said it would not be necessary, but he acknowledges that Diablo needs a new water cooling system. The cost of that system was included in the report’s analysis.

But the argument is probably academic, as most onlookers believe the fate of Diablo is set.

Wade Schauer, who was a research director at consultancy group Wood Mackenzie when the group published an extensive report on Diablo Canyon in 2016, agrees with much of the Stanford-MIT study. But he think’s it’s too late to undo the closing. Politically, the state has already moved on to other solutions like wind and solar.

“Much of the planned offshore wind development cannot happen unless Diablo Canyon closes to free up its substation for interconnection with offshore windfarms,” Schauer told CNBC. “There are many permits that would be required from the NRC and state agencies, new cooling technology, and much public opposition — it seems a very low probability Diablo Canyon’s life will be extended.”

“California will likely pay more for zero-carbon generation and firm back-up capacity and water and hydrogen over the next 10 to 20 years than it would have if it kept Diablo Canyon open.”

This article was originally published by Cnbc.com. Read the original article here.