A member of the Bank of England committee which sets interest rates has backtracked on his support for a hike, saying he wants to see data on how the new Omicron COVID variant affects the UK’s economic recovery.

Michael Saunders warned that a delay in raising rates could result in a more painful tightening being required later but indicated he was yet to make up his mind on how he would vote this month.

He spoke out as a closely-watched survey covering the UK’s powerhouse services sector showed the strongest inflation pressures in at least 23 years.

However, and crucially, it said there was little evidence yet that the surging costs were doing much to dent consumer and business demand.

Mr Saunders told an audience that “the pace, and scale, of any monetary policy changes will depend on economic developments and the outlook”.

He made his remarks just a month after being outvoted on the need for a hike in rates on the nine-member monetary policy committee (MPC) to dampen inflation expectations.

Then, the former Citi economist was joined by the Bank’s deputy governor Dave Haskell in pushing for a rise in Bank rate to 0.25% from its current COVID-19 crisis low of 0.1%.

The other seven MPC members, including governor Andrew Bailey, held back – preferring to wait for further economic data.

The outcome shocked financial markets that had priced in a rate rise based on earlier comments by Mr Bailey who had spoken of the need to take action.

He has made noises since about doing away with guidance on the likely path of rates ahead of the Bank’s next MPC meeting which takes place later this month. 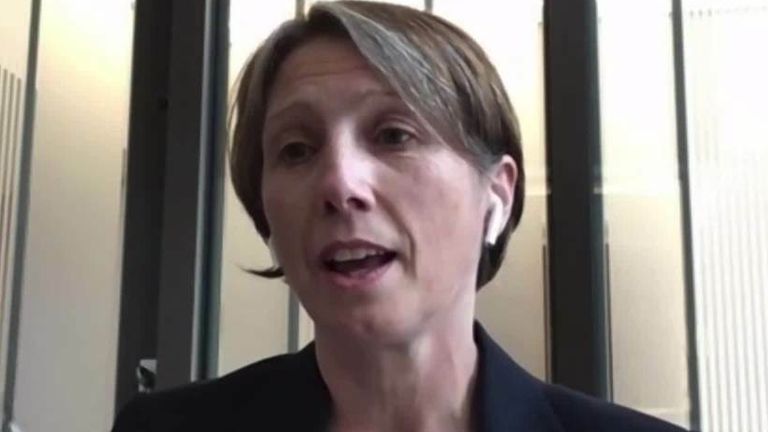 The markets believe a rate increase is the most likely outcome on 16 December but economists are not convinced – largely based on the fact that raising the cost of borrowing could be counterproductive.

Mr Bailey has argued that a rate rise will do little to ease prices that are outside its control – such as energy costs – and these will ease naturally and are therefore “transitory” in nature.

However, following a leap in the rate of inflation to a decade-high level of 4.2%, the governor is under pressure to follow his US counterpart and admit inflation is likely to be more sticky for longer.

The MPC will have the latest inflation and wage data before it when it makes its next call on rates.

Mr Bailey is most fearful that talk of rising inflation will create an imbalance as wage demands rise to meet it – making the Bank’s 2% inflation target more difficult to achieve in the medium term.

Tim Moore, economics director at IHS Markit, said: “Surging price pressures have done little to dent business and consumer spending across the UK economy, according to the latest PMI data.

“New order growth hit a five-month high in November, job creation remained strong, and backlogs of work built up due to supply issues.

“The overall speed of recovery looks to have accelerated in comparison to the third quarter of 2021, with output growth
mostly driven by services as manufacturers struggle with severe shortages of raw materials and critical components.”

‘I still feel really violated’ – says a woman whose flat was broken into by debt collectors
See what happened when Jordan Klepper went to a Trump campaign event
British Army: ‘The army is in a dire state’ – Tory MP and Defence Committee chair
Putin’s threat over Western arms supplies
CNN reporter has close call with Russian missile