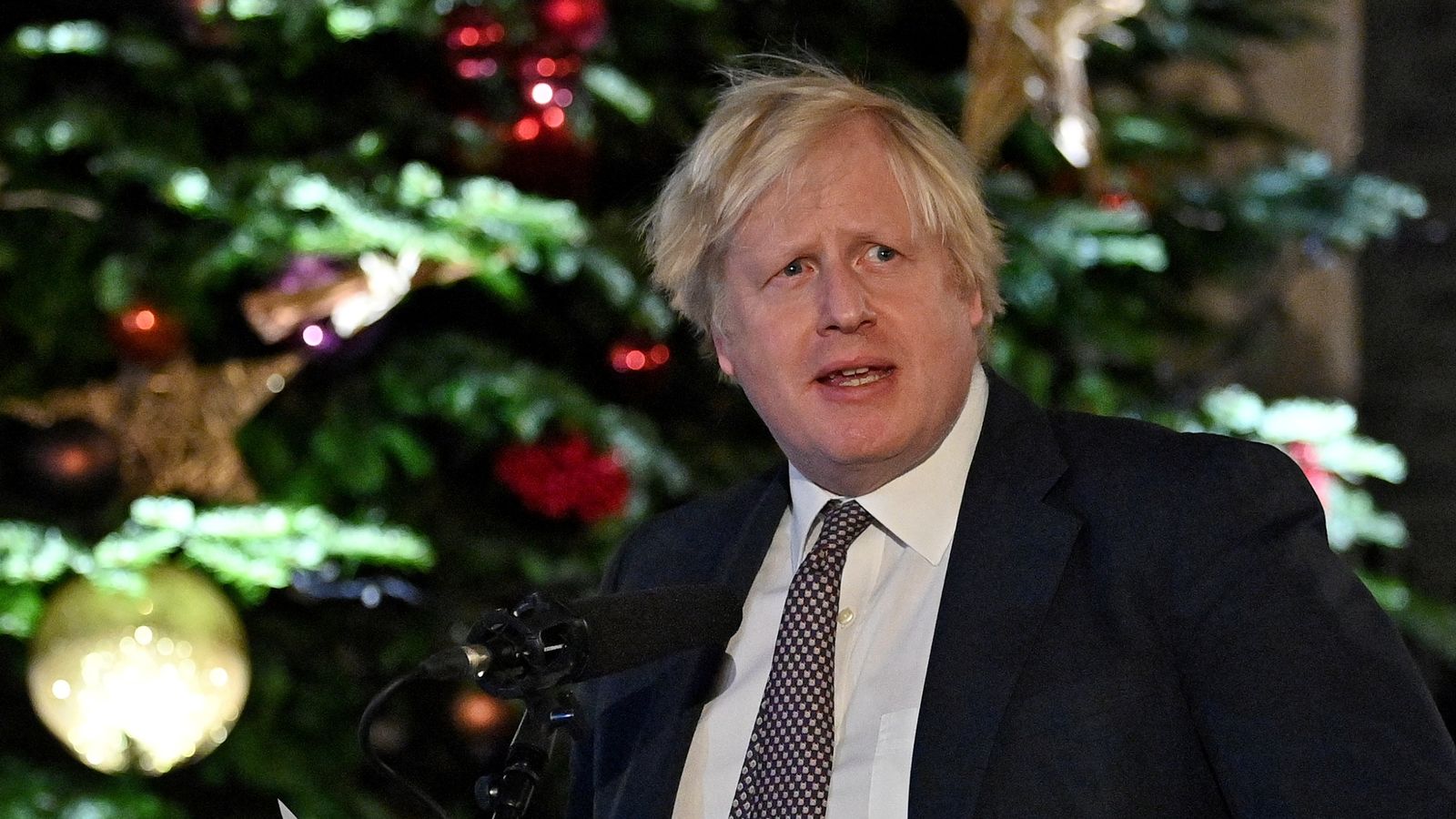 Labour has accused Number 10 staff of “laughing” at the British public after footage emerged of Downing Street officials joking about a Christmas party during a time of strict COVID restrictions.

In a video recording of what ITV News reported was a rehearsal for a TV media briefing, senior Number 10 aides were filmed talking and laughing about a Christmas party.

According to the report, the footage is from 22 December last year – four days after an alleged Christmas party took place in Number 10.

Both Prime Minister Boris Johnson and Downing Street have been repeatedly quizzed about what was reported to have been a large party on Friday 18 December last year.

According to newspaper reports, around “40 or 50” people are alleged to have crammed “cheek by jowl” in a room in Number 10.

Just two days earlier, on 16 December, London had been put into Tier 3 of coronavirus restrictions, which prevented mixing indoors with people not in your household.

Mr Johnson has insisted that COVID rules were followed “at all times” in Number 10, although the prime minister on Tuesday once again dodged questions about whether or not a party had taken place.

In the footage, a voice said to be senior Number 10 adviser Ed Oldfield is heard asking what appear to be mock questions to Allegra Stratton, the prime minister’s former press secretary.

“I’ve just seen reports on Twitter that there was a Downing Street Christmas party on Friday night, do you recognise those reports?,” Ms Stratton is asked.

“I went home,” she replies, before laughing and adding: “Hold on, hold on, erm.”

Ms Stratton is then asked: “Would the prime minister condone having a Christmas party?”

She laughs again, before asking: “What’s the answer?”, to which a voice suggests: “It wasn’t a party, it was cheese and wine.”

“Is cheese and wine alright? It was a business meeting,” Ms Stratton adds, to which someone replies: “No… joking.”

A laughing Ms Stratton continues: “This is recorded. This fictional party was a business meeting… and it was not socially distanced.”

The footage was recorded in Downing Street’s £2.6m White House-style briefing room, which was constructed under the prime minister’s plans to hold daily televised news briefings.

These would have been similar to the regular televised White House briefings for US media and followed the government’s daily COVID news conferences during the height of the coronavirus pandemic in early 2020.

However, the Number 10 plans for daily televised briefings were scrapped in April despite former journalist Ms Stratton having been hired to front them at a cost of around £125,000 a year.

She has since been moved to a role as the prime minister’s spokeswoman for the COP26 climate change summit.

In response to the leaked footage, Labour leader Sir Keir Starmer called on Mr Johnson to “come clean and apologise”.

“People across the country followed the rules even when that meant being separated from their families, locked down and – tragically for many – unable to say goodbye to their loved ones,” he said.

“They had a right to expect that the government was doing the same. To lie and to laugh about those lies is shameful.

“The prime minister now needs to come clean and apologise. It cannot be one rule for the Conservatives and another for everyone else.”

Labour’s shadow health secretary Wes Streeting said: “To all those people who followed the rules and made big personal sacrifices:

“The prime minister and his advisers are laughing at your expense.”

The Metropolitan Police have said they are currently considering complaints that Mr Johnson and Number 10 staff held parties in the run-up to last Christmas, in breach of COVID rules.

A Downing Street spokesperson said: “There was no Christmas party. COVID rules have been followed at all times.”