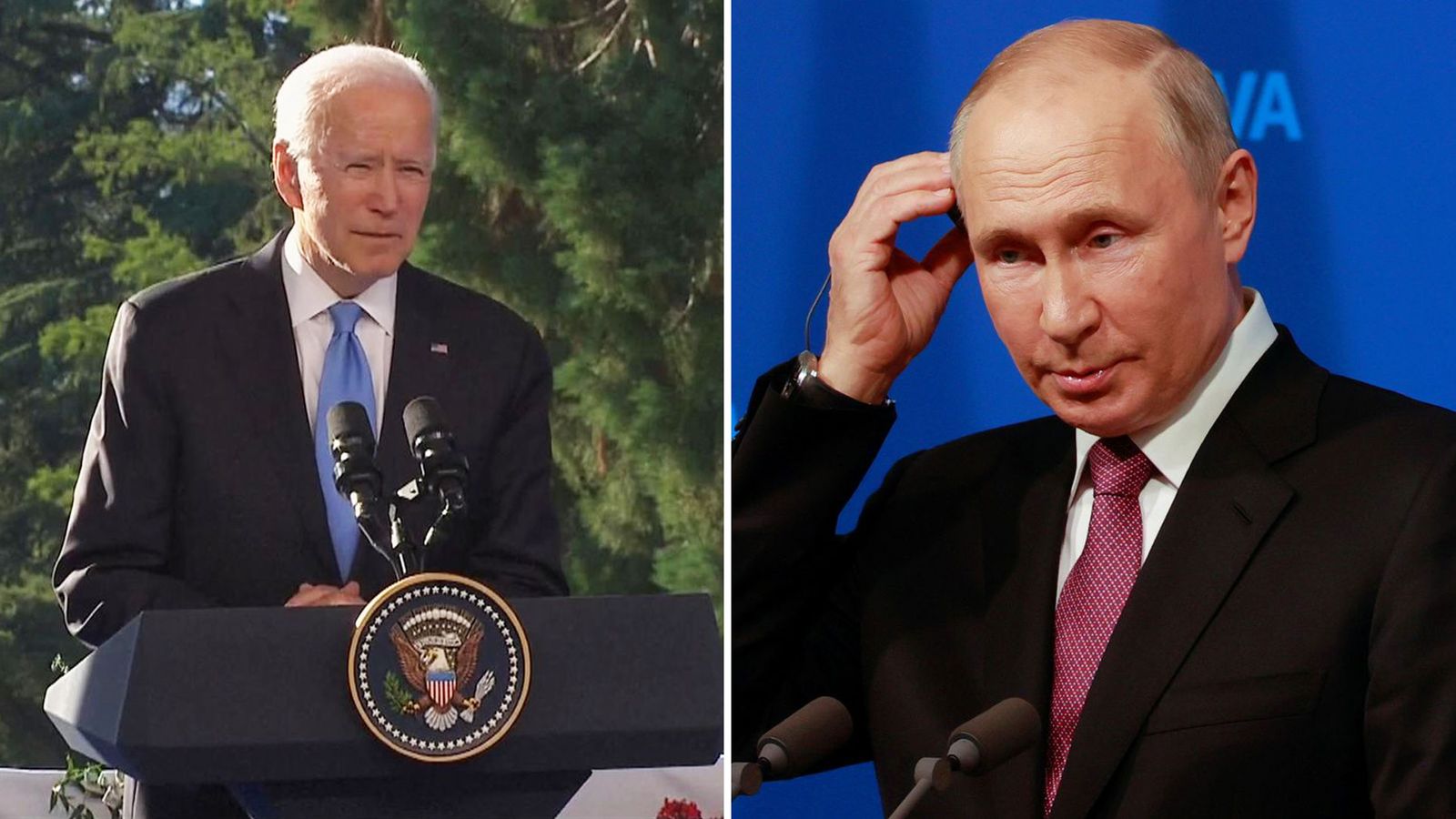 US President Joe Biden has spoken to Prime Minister Boris Johnson and European leaders to share growing concerns about Russia’s behaviour towards Ukraine.

It comes ahead of an expected video call between Mr Biden and Russia’s President Vladimir Putin on Tuesday, after which Mr Biden is expected to speak again with the leaders of France, Italy, Germany, and the UK.

Downing Street said that Mr Johnson promised the group that the UK would “continue to use all the economic and diplomatic tools at its disposal to prevent any Russian aggression against Ukraine”.

A spokesman said: “The leaders agreed that recent meetings of the G20 and of NATO foreign ministers had been useful forums for discussions on this issue.

“They emphasised the need to provide a united front in the face of Russian threats and hostility.

“The leaders called on Russia to de-escalate tensions and reaffirmed their staunch support for Ukraine’s territorial integrity.”

It comes as Ukraine’s defence minister Oleksii Reznikov warned that there is an estimated 94,300 Russian troops near the border between the two countries and in Russia-annexed Crimea.

Analysis by Mark Stone, US correspondent in Washington DC

The leaders last spoke in June. A pandemic hiatus allowed for a face-to-face summit in Geneva.

I was there and concluded at the time that it was boring, but that “boring” was good in the context of Russia-US relations. There were no fireworks.

For weeks, American intelligence has suggested an imminent Russian invasion of Ukraine. It doesn’t take intelligence to conclude something’s up, given the number of Russian troops massing.

Last night, key NATO leaders coordinated a message. Sanctions will be the key tool to hit Russia hard if it makes any move on Ukraine.

Targeting Kremlin officials or even cutting Russia from the global SWIFT banking payment system are options.

Mr Putin has his own red lines – most critically, Ukraine must not be allowed to join NATO. On that, the White House says: “We’re not going to operate according to that logic of accepting anyone’s red lines.”

He said that a “large-scale” escalation is possible in January, adding that Ukraine would not provoke the situation but would fight back if it came under attack.

A senior US administration official said on Monday that Mr Biden will warn Mr Putin of severe economic consequences if Russian troops invade.

The official, who was not identified, said: “We believe there is a way forward to allow us to send a clear message to Russia that there will be enduring and meaningful costs” should an invasion take place.

Russia has accused Ukraine and its western allies of destabilising behaviour, with the Kremlin’s foreign policy adviser Yury Ushakov dismissing fears of a military escalation as “nonsense” on Friday.

He added: “We have the right to move the troops on our territory.”

Moscow wants the US to guarantee that Ukraine will not be admitted to the NATO military alliance.

Ties between Russia and Ukraine deteriorated in 2014 after Moscow-backed forces seized part of eastern Ukraine.

Ukrainian officials have said that around 14,000 people have been killed in fighting between the groups since then.

Child prodigy may make Grammy history
Ukraine War: ‘This is such a stupid tank’: Commander’s plea for modern tanks on Bakhmut frontline
Ex-Trump official reveals the moment he knew his job was at risk
Man escapes feared Russian agency, reveals what Russian spies are saying
Hear what investigators found inside Idaho suspect’s home