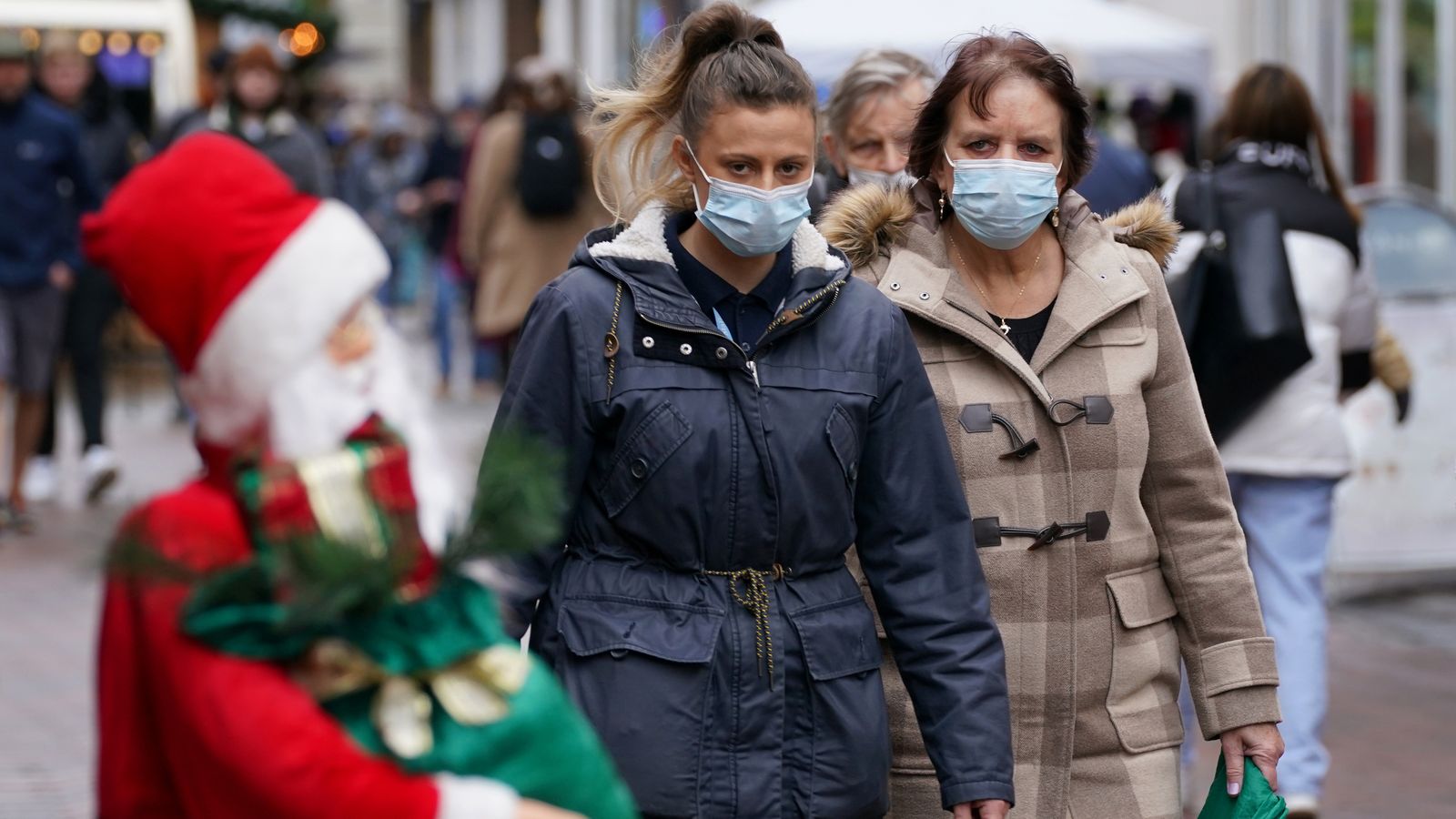 Boris Johnson is considering the imposition of fresh coronavirus restrictions in England and a move to Plan B of the government’s strategy for dealing with COVID-19 this winter.

Following the discovery of the Omicron variant, which Downing Street fears is more transmissible than the Delta variant, the prime minister is mulling tougher measures to slow the spread of cases.

Senior government sources revealed Mr Johnson is minded to move to Plan B as early as this week, with the introduction of COVID vaccine passports and a return to the work from home order for millions of people.

The prime minister and his cabinet ministers are said to have received a downbeat assessment from England’s chief medical officer, Professor Chris Whitty, and chief scientific adviser, Sir Patrick Vallance, on the current coronavirus situation on Tuesday.

The sources told Sky News the prime minister is worried that, if he doesn’t act now, he could regret not taking tougher action in a month’s time.

Under the government’s Plan B for dealing with winter pressures in the NHS, which it detailed in September, ministers said that contingency measures to deal with COVID-19 would include a strengthening of government messaging, the possible introduction of COVID vaccine passports in some settings, mandatory face mask wearing, and a return to work from home guidance.

Mr Johnson has already reintroduced mandatory face mask wearing on public transport and in shops, as well as other settings, since the discovery of the Omicron variant.

He has also toughened travel restrictions and put vast swathes of southern Africa on the UK’s travel red list.

Should further measures be announced by the prime minister in the coming days, some will question the timing of the action when both Mr Johnson and senior Number 10 staff are facing a furious backlash over an alleged Downing Street Christmas party last year when strict COVID rules were in place.

Dominic Cummings, Mr Johnson’s former chief adviser who is now a fierce critic of the prime minister, suggested a move to Plan B would be a “dead cat” to distract from the row.

Downing Street sources said that “no decisions have been made” over the possible imposition of fresh restrictions to combat the spread of coronavirus.

What we know about Nicola Bulley’s disappearance
Police search around-the-clock for suspect in brutal kidnapping
Russia and China are ahead of US in hypersonic missile technology. Here’s why
Dog walker died from ‘multiple penetrating bites to neck’
Tiny, radioactive capsule went missing. See where it was found