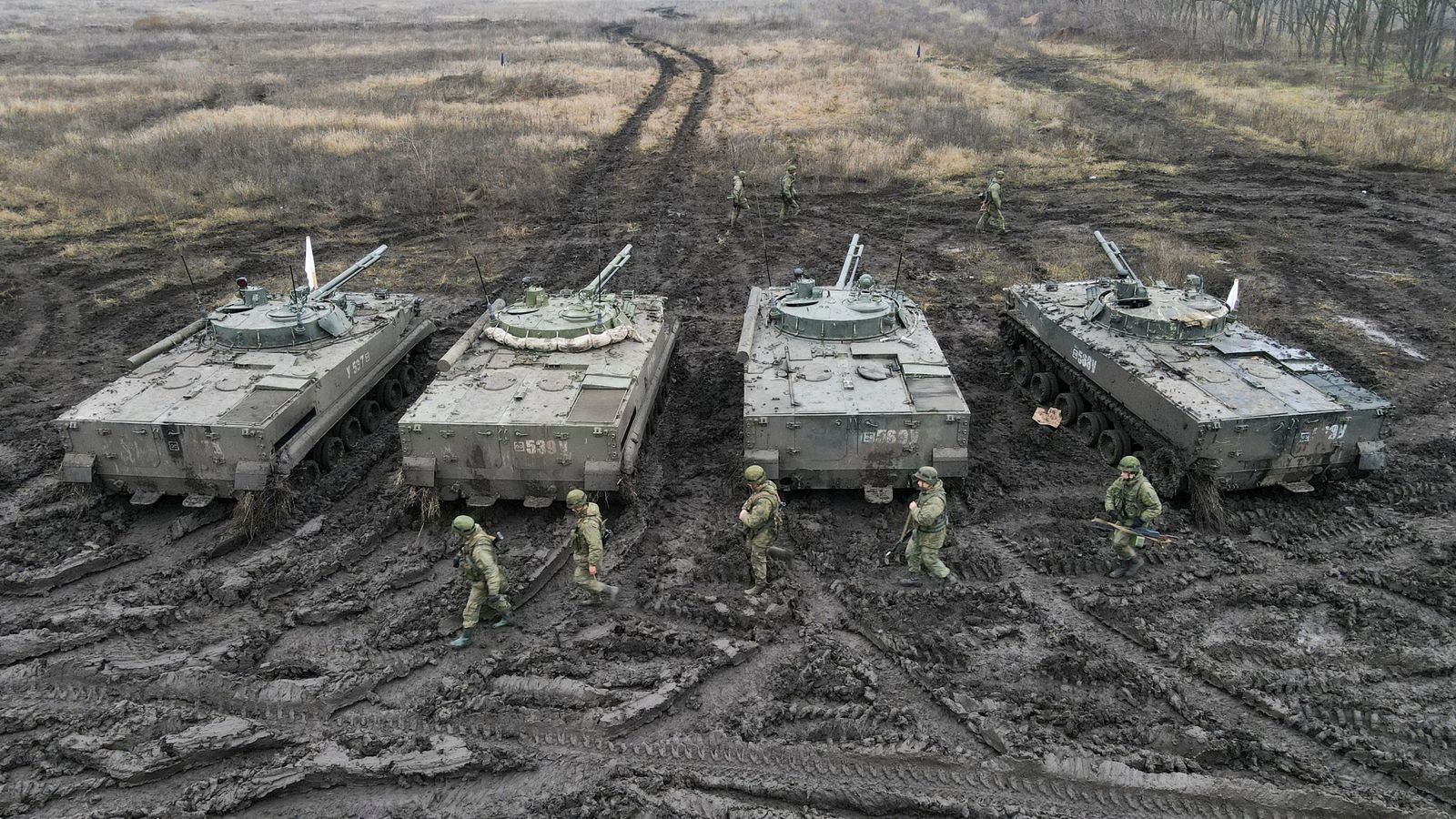 Foreign ministers of the world’s most powerful free nations converge on Liverpool this weekend for a meeting likely to be dominated by Russia’s threatening military build-up on the borders of Ukraine.

The gathering comes days after Britain’s new head of armed forces issued a stark warning about the risk of war with Russia.

Admiral Sir Tony Radakin described as deeply worrying the build-up of tens of thousands of Russian troops on the Ukraine border.

He warned a Russian invasion would be on a scale “not seen in Europe since World War Two”.

Britain’s Foreign Secretary Liz Truss this week warned Russia it would be a “strategic mistake” to ramp up aggression against Ukraine but would not commit to the idea of sending more British troops to the country.

And this week, US President Joe Biden told Vladimir Putin a Russian invasion would lead to “strong economic measures” in a video call between the two leaders. Ms Truss reinforced that by saying there would be “very real costs” to pay.

But Russia’s president Putin is only doubling down on his rhetoric, accusing Ukraine of genocide in the east of the country.

“What is going on in Donbass right now: we can see it very well, we know it, and it looks like genocide you just mentioned. We need to act very carefully, not to depreciate these definitions but they should reflect the reality of ongoing events,” he said.

The meeting in Liverpool is a chance for the G7 to prove its relevance in a fast-changing world. It will be the second such meeting in the sixth months British presidency of the group.

The group comprises the UK, France, Italy, the US, Canada, Germany and Japan and the EU.

When foreign ministers convened in Lancaster House in May, there were real questions about the G7’s future after four years of the Trump presidency and the impact of the coronavirus pandemic.

Donald Trump had little time for multilateral organisations like the G7. The Ukraine crisis will give it another chance to prove its worth.

But equally important will be its ability to deliver on its own COVID agenda. In June in Cornwall, G7 leaders were urged to vaccinate the world by the end of 2022 but fell short of their own target of vouchsafing a billion doses for global distribution.

The recent alarm over the new Omicron variant has only made that failure all the more striking. Foreign ministers have a chance to make up for that too.

Organisers say violence against women in conflict, development issues, Ethiopia, Iran and the western Balkans will also be discussed.

On Sunday, a virtual conference with foreign and development ministers of ASEAN countries, barring Burma, will be held with their G7 counterparts.

Calls for energy firms not to force people on to prepayment meters
Bubbles freeze in -50C temperatures
Ex-Trump official reveals the moment he knew his job was at risk
Inside the conclave: How it works
What has Belarus got to do with the Russia-Ukraine conflict?