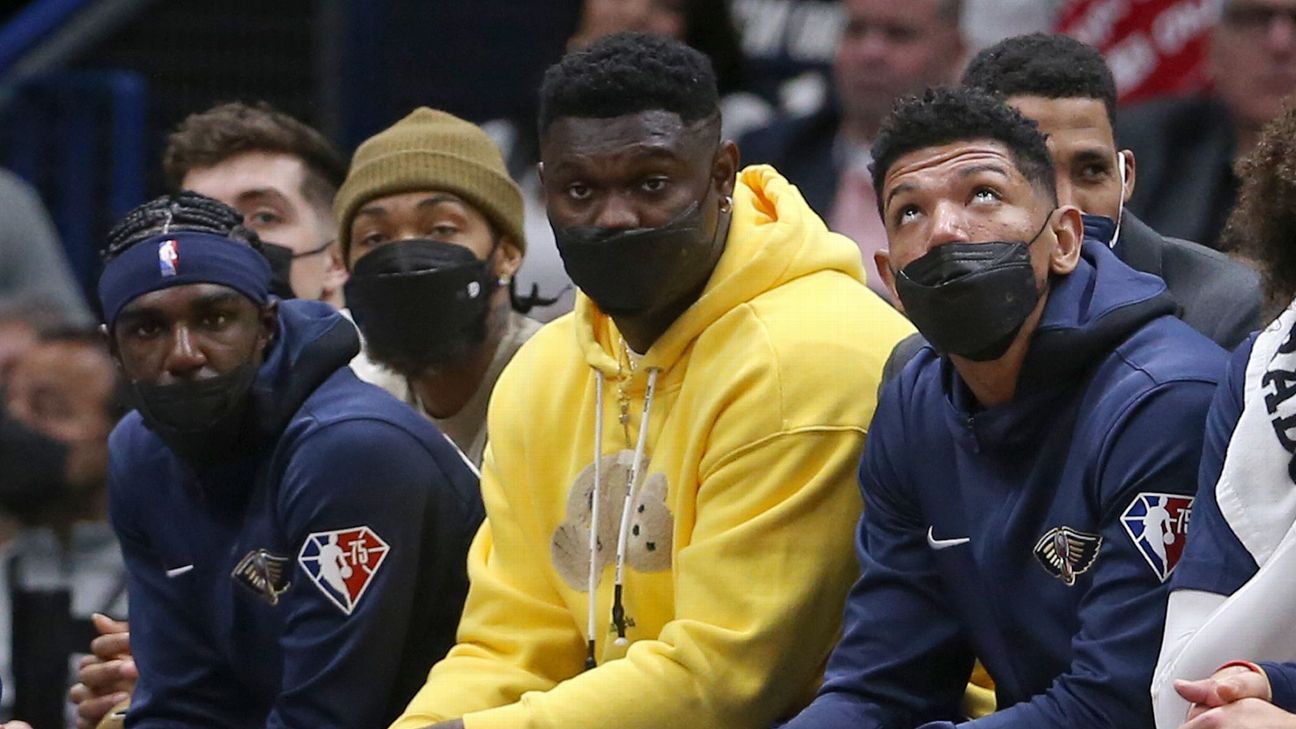 New Orleans Pelicans forward Zion Williamson has suffered a setback in his rehab process and will be dialed back even more.

Williamson, who has not played in a game this season because of offseason surgery he had for a fracture in his right foot, will be pushed back in his rehab as the team continues to wait for the bone to properly heal.

“After experiencing persistent soreness in his right foot, Zion Williamson underwent medical imaging which showed a regression in the bone healing of his fifth metatarsal,” the Pelicans said in a statement. “As a result, the volume and intensity of his training will be reduced for an extended period to help allow for further bone healing.”

It is unclear when Williamson will return to the court.

On Dec. 2, the Pelicans announced that Williamson was experiencing soreness in his foot and stopped him from returning to full team drills in practice, which he was supposed to do as of that day. It was announced then that the team was going to dial him back from progressing to 5-on-5 and instead go more toward low-impact work.

Williamson will be held out of doing weight-bearing work until another set of imaging can reassess the foot and the healing process.

Williamson’s debut season in 2019-20 was delayed until Jan. 22, 2020, because of a torn meniscus. He ended up playing in just 24 games that season because of the injury and the COVID-19 stoppage. He played 61 of a possible 72 games a season ago, averaging 27.0 points on 61.1% shooting while being named an NBA All-Star.

Since he has yet to take the court this season, Williamson has now played in 85 games in his career and missed 87 — with no return date for this season in sight.

Dog walker died from ‘multiple penetrating bites to neck’
Who are the key players in the Russia-Ukraine crisis?
What we know about Nicola Bulley’s disappearance
‘I’m asking the questions’: Sciutto pushes back on GOP lawmaker over debt ceiling
Priscilla Presley contests validity of Lisa Marie Presley’s will