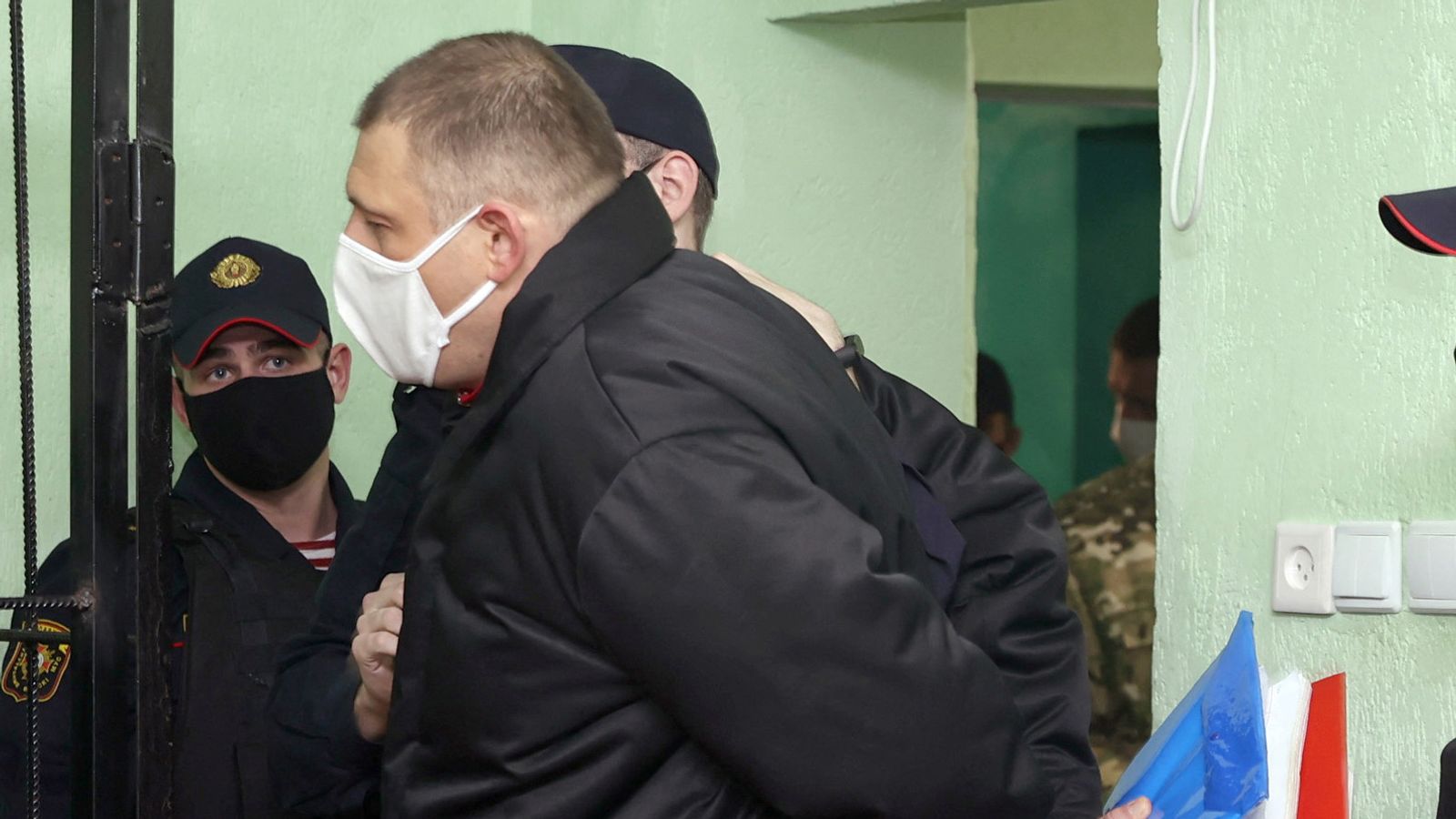 The husband of a Belarusian opposition leader has been jailed for 18 years by a court in the country.

Siarhei Tsikhanouski was charged with organising mass unrest and inciting hatred, among other offences, in a case widely seen as politically motivated.

His sentence was announced on Tuesday, six months after his trial began behind closed doors.

Mr Tsikhanouski, a prominent critic of Belarusia’s president, Alexander Lukashenko, was planning to run against the country’s long-time leader in the August 2020 presidential election.

But the popular video blogger and activist, widely known for his anti-Lukashenko slogan “Stop the cockroach”, was arrested two days after he announced his candidacy, in May 2020.

His wife, Sviatlana Tsikhanouskaya, ran in his place, drawing tens of thousands of people to rally in her support during the campaign.

Official results of the vote handed the authoritarian Mr Lukashenko a landslide victory and a sixth term in office, but were rejected by the opposition and the West as a sham.

The results triggered a months-long wave of unprecedented mass protests, the largest of which saw 200,000 people take to the streets of the capital Minsk.

Ms Tsikhanouskaya fled the country to Lithuania a day after the vote under pressure from the authorities.

Other key opposition figures have also left the country, while some have ended up behind bars.

In recent months, pressure has mounted on Belarus’s non-governmental organisations, rights groups, activists and journalists, with authorities regularly conducting mass raids and detentions of those they suspect of supporting last year’s protests.

Mr Lukashenko, who has led the former Soviet state since 1994, is a close ally of Russian president Vladimir Putin.

Last week, the UK announced it was sending 140 soldiers to Poland and a small military team to Lithuania to help both countries deal with a migrant crisis on their respective borders with Belarus.

The EU has accused Belarus of encouraging migrants towards its borders in retaliation for sanctions over a crackdown on protests last year against Mr Lukashenko‘s contested re-election.

An asset freeze has also been placed on one of the world’s largest potash fertiliser producers, OJSC Belaruskali.

The previous round of sanctions was brought in in August, over what ministers called Mr Lukashenko’s regime’s attempts to “crush democracy and violate human rights”.

War in Ukraine: ‘This is not where Russia planned to be’
CNN reporter has close call with Russian missile
How did the US shoot down China’s ‘spy balloon’?
‘I don’t know how I am coping’
Dog walker died from ‘multiple penetrating bites to neck’