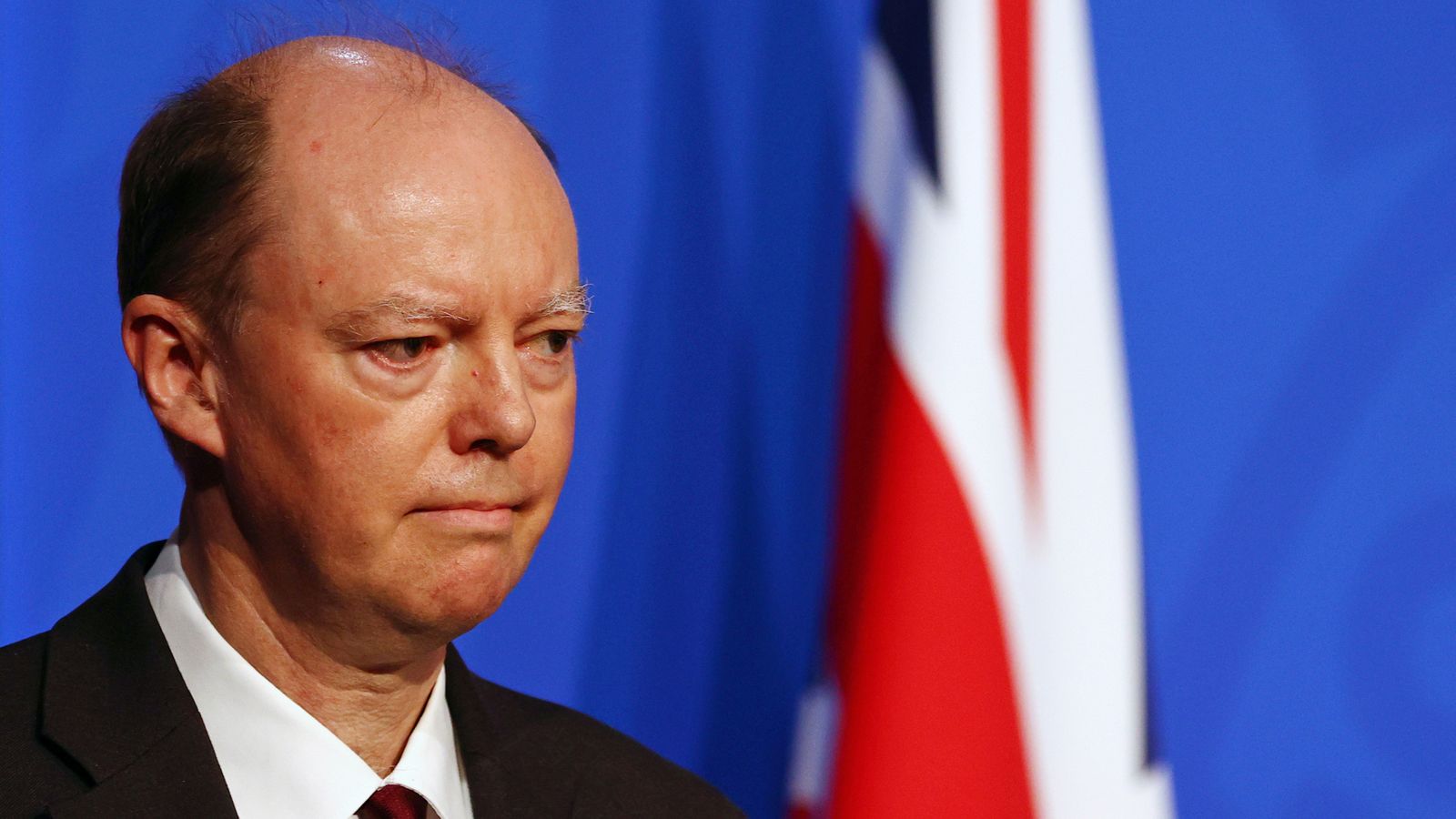 The UK has recorded its higher-ever number of coronavirus cases, with 78,610 registered in the latest 24-hour period.

England’s chief medical officer warned of worse to come as the Omicron variant continues to spread at an “absolutely phenomenal pace” across the country.

Speaking at a Downing Street news conference, Professor Chris Whitty said daily COVID-19 case records “will be broken a lot over the next few weeks as the rates continue to go up”.

These would translate into “big numbers” being treated in hospital in the coming weeks, he said.

“I’m afraid there will be an increasing number of Omicron patients going into the NHS, going into hospital, going into intensive care,” Prof Whitty said.

“The exact ratios we don’t yet know, but there will be substantial numbers and that will begin to become apparent, in my view, fairly soon after Christmas.

“It will start before then but, in terms of the big numbers, I think that’s a reasonably, I’m afraid, a reasonably nailed on prospect.”

‘Prioritise your socialising’ ahead of Christmas

Prof Whitty said the UK faced “a really serious threat at the moment” and suggested that Britons should “deprioritise” certain social contacts.

He suggested people limit their interactions with others in the run-up to Christmas, echoing comments made by Prime Minister Boris Johnson in which he told people to “think carefully” before attending social events.

“I think what most people are doing – and I think this seems very sensible – is prioritising the social interactions that mean a lot to them and, to prioritise those ones, de-prioritising ones that mean much less to them,” Prof Whitty said.

Dr Nikki Kanani, medical director of primary care for NHS England, advised people to stay away from sports stadiums – despite there being no legal limits on crowd sizes.

“My advice would be, if you’re going to go to a stadium at the weekend, make it one where you can get your vaccine or help out to give a vaccine, rather than going to watch a match,” she said.

The government has not told any businesses to close or imposed any capacity restrictions on sporting events, but the stark warnings from medical experts prompted further calls for hospitality businesses to receive support in the coming weeks, as many reported an uptick in booking cancellations.

‘Two epidemics on top of one another’

Prof Whitty said there were “several things we don’t know” about the Omicron variant, but warned: “All the things that we do know are bad.”

He suggested there were “two epidemics on top of one another” – one of the Delta variant, which is “roughly flat” and a “very rapidly growing Omicron epidemic on top of it”.

He said the government had to choose between “really unpalatable options”, adding that there was no clear data yet on severe disease and deaths from Omicron with two jabs, and what the picture was for those who have had boosters.

Speaking at the news conference, the prime minister urged people to get vaccinated, adding that from Monday 12 to 15-year-olds to book their second jab.

“We know how crucial it is to keep children in schools so let’s all make sure our children and young people are vaccinated before they go back next term,” Mr Johnson said.