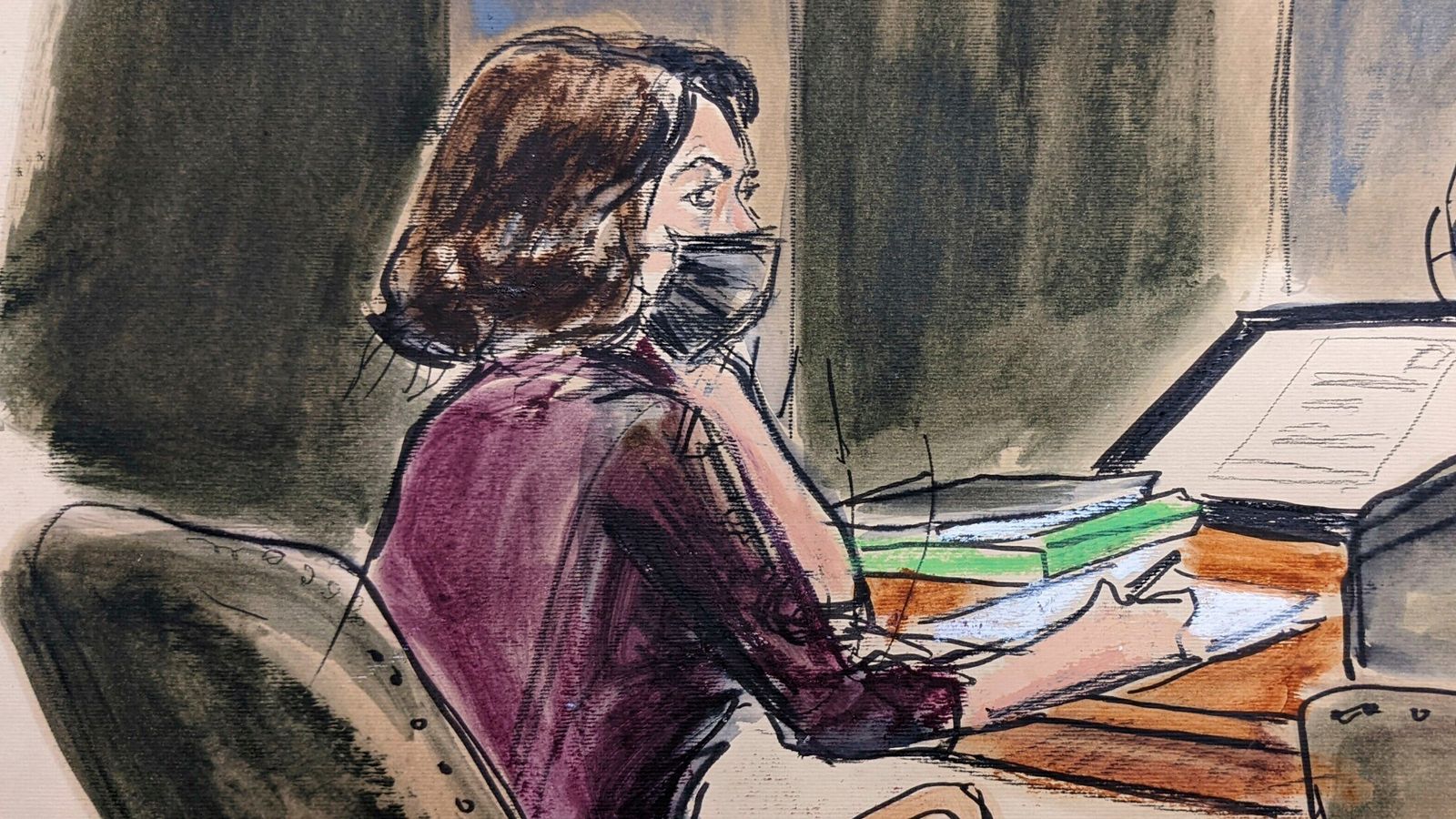 Ghislaine Maxwell’s legal team at her trial has tried to discredit her accusers by suggesting there were discrepancies between the statements they gave to the FBI and what they have said in court.

Four women, testifying for the prosecution, allege Maxwell recruited and groomed them when they were teenagers for sexual abuse by her ex-boyfriend Jeffrey Epstein.

The British socialite, 59, is facing a total of eight charges – including six counts of enticing minors and sex trafficking over a 10-year period. She denies all the charges.

In a federal court in Manhattan, one of Maxwell’s lawyers, Laura Menninger, asked FBI agent Amanda Young about apparent inconsistencies between statements made by accuser ‘Jane’ in interviews in 2019 and 2020, and the woman’s testimony during the trial.

“When Jane was asked if there were times that it was only her, Epstein and Maxwell in the room, Jane was not sure,” Ms Menninger said, reading from a February 2020 interview.

Jane, a pseudonym, testified at the trial that Epstein first began abusing her when she was 14 in 1994, and that Maxwell took part in some encounters.

Jane testified her memory was not “linear” and that she was not comfortable revealing all the details of her experiences during her initial interviews.

Also in court, under questioning from another Maxwell lawyer Jeffrey Pagliuca, FBI agent Jason Richards said his report from an early interview with Carolyn, the first name of another accuser, showed she said she got Epstein’s number from a phone book and that Epstein called her back.

Carolyn last week testified that one of her friends had first brought her to Epstein’s house in Palm Beach, Florida, telling her she could make money by giving a man a massage.

Carolyn said she was 14 when Epstein began abusing her in massages that escalated to sexual encounters, and said Maxwell once touched Carolyn’s nude body.

The defendant’s lawyers have claimed the four women’s accounts have changed over time.

They have also claimed they only started implicating Maxwell when there was the chance of a payout.

Each of the four who testified received an award of more than $1m from a victims’ compensation fund run by Epstein’s estate.

Key moments from week one of trial

Who is Ghislaine Maxwell?

Maxwell’s legal team argues that prosecutors are treating her as a stand-in for the US financier, who killed himself in jail in 2019 while awaiting his own trial on sex abuse charges.

War in Ukraine: ‘This is not where Russia planned to be’
Alexandria Ocasio-Cortez slams GOP in House floor speech
British Army: ‘The army is in a dire state’ – Tory MP and Defence Committee chair
Putin’s threat over Western arms supplies
Russia and China are ahead of US in hypersonic missile technology. Here’s why