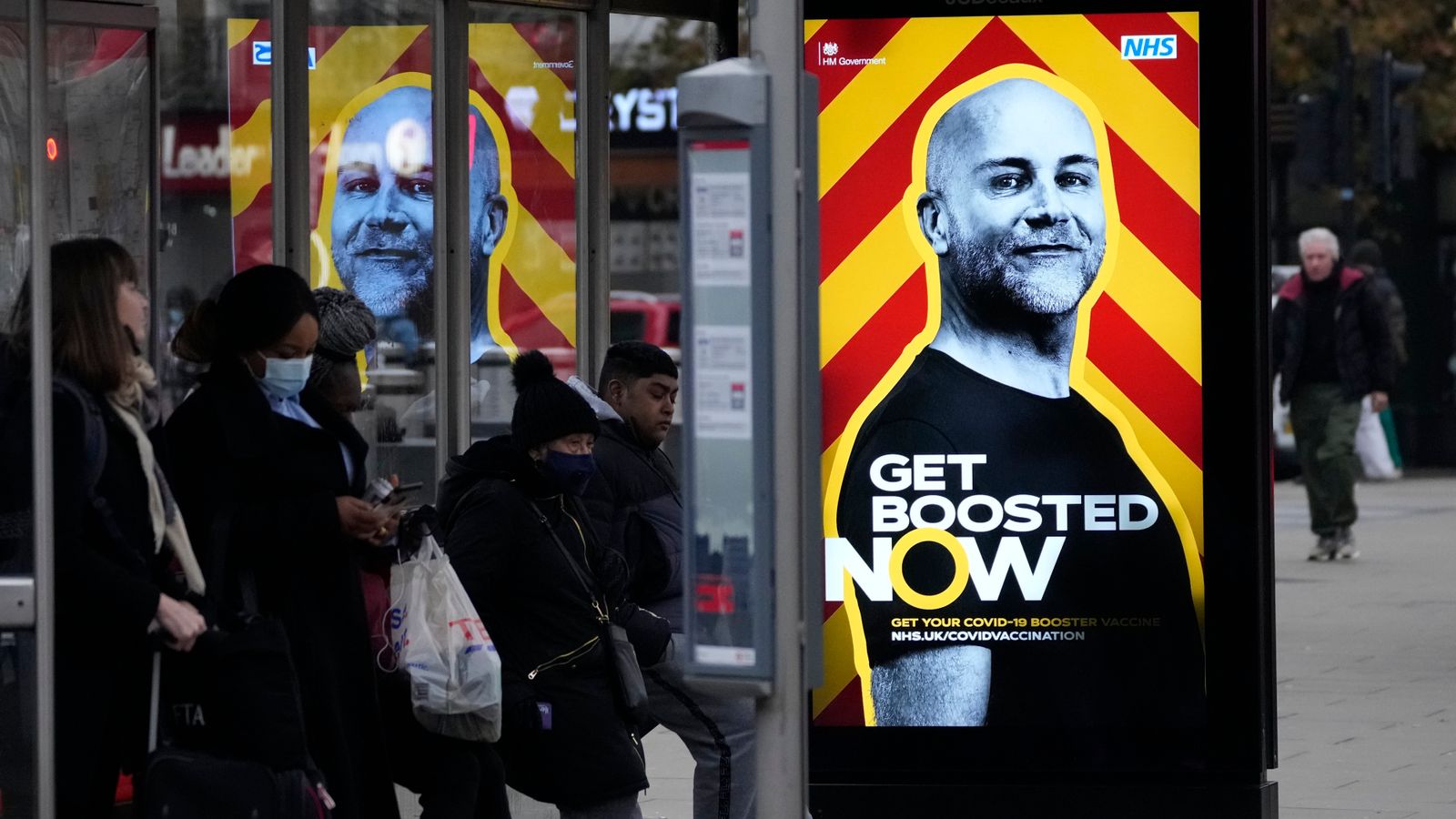 The UK has reported 93,045 cases of coronavirus in the latest 24-hour period – a record high for daily infections as the Omicron variant surges across the country.

It comes after the UK recorded another 3,201 new cases of Omicron.

It takes the total number of confirmed cases of the strain to 14,909 as it becomes the dominant strain in parts of the country, including Scotland and London.

There were 1,691 new cases reported yesterday.

But health experts have warned there are likely to be many more Omicron infections in the community, with around 200,000 people being infected every day, according to estimates, dwarfing the official figure.

On Thursday, 88,376 COVID cases were announced, following a previous daily high on Wednesday of 78,610.

In England, the R number, which measures the rate of infection, has risen to between 1.0 and 1.2, compared with last week when it was estimated at between 0.9 and 1.1.

It means every 10 people infected are likely to pass the disease to between 10 and 12 others.

When the value is above 1, it means the epidemic is thought to be growing.

About one in 60 people in private households in England had COVID in the week to 11 December, the same proportion as the previous week, according to the Office for National Statistics (ONS).

Omicron is thought to be much more transmissible than Delta and new research suggests the new variant largely evades immunity from past coronavirus infection or two vaccine doses.

The study from Imperial College London showed effectiveness against symptomatic Omicron infection of between 0% and 20% after two jabs, and between 55% and 80% after a booster dose.

Boris Johnson has warned Omicron is a “very serious threat – we are seeing a considerable wave coming through”.

He said people have “got to be prepared” and the best thing everybody can do is “get boosted now”.

As of yesterday, Mr Johnson said 25 million people have had a booster.

He said people should be cautious and should decide what they want to do in terms of attending Christmas parties.

The prime minister added that people need to “budget their risk” but we are not in the same position as last year of “shutting things down”.

In Scotland, Nicola Sturgeon said 51.4% of COVID cases are now likely to be Omicron, which has become the dominant strain, overtaking Delta.

The R number for Omicron could be above 4 and cases of the virus have increased by more than 40% in the past week, the first minister said during a briefing.

Child prodigy may make Grammy history
Retired general predicts when Ukraine will see new tanks
Ukraine Invasion: All the latest developments
Cost of living: Vulnerable people find every action has a ‘price tag’
‘I was sad for the institution’: Nancy Pelosi speaks out about McCarthy speaker vote