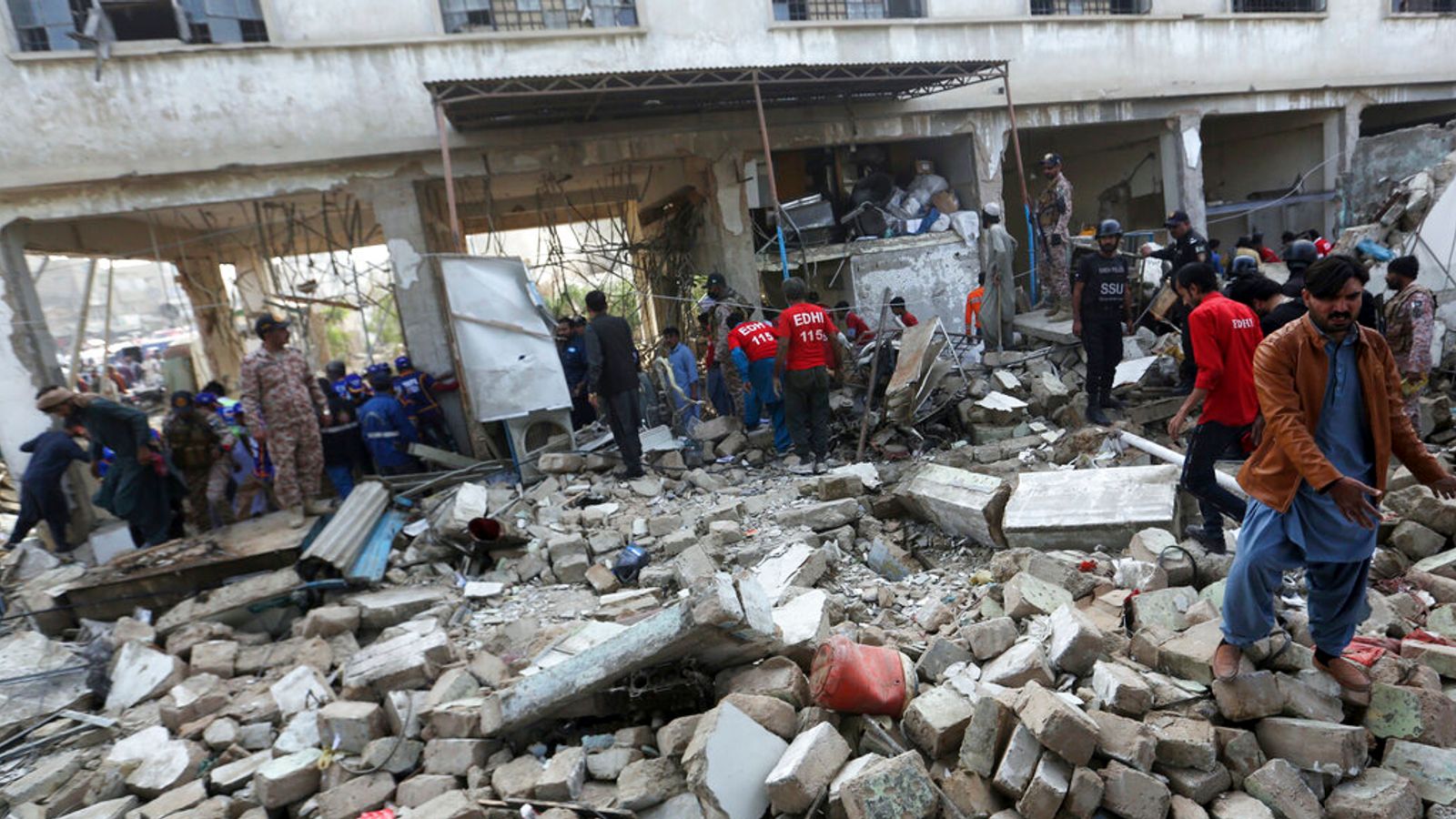 At least 15 people have been killed and 16 injured after a powerful blast in a sewage system beneath a bank in southern Pakistan.

A young boy was among victims pulled from the rubble after the blast, which police believe was caused by a gas leak below the building in the Sher Shah neighbourhood of Karachi, on Saturday.

The branch of Habib Bank Limited (HBL), Pakistan’s largest lender, appears to have been constructed above a sewage drain.

The building has been destroyed with the floor ripped apart exposing twisted iron bars, while furniture was left covered in sewage.

Several cars parked nearby were also damaged, while debris was thrown onto a petrol station close to the bank.

Senior police officer Sharjeel Kharal told reporters it was not immediately clear how many were killed or injured in the explosion as the bank had a skeleton staff.

Karachi’s administrator Murtaza Wahab said 15 had died so far, with another 16 in hospital.

In a statement on Twitter, HBL said “an unfortunate incident, involving an explosion” had damaged its Sher Shah branch and caused casualties and injuries.

“Our sympathies are with the bereaved families,” it added. “We are closely monitoring the situation under the guidance of authorities.”

A team of explosives experts have been deployed to investigate.

They are not ruling out the possibility the blast could have been caused by militants.

Senior police officer Sarafar Nawaz Shaikh said: “We are trying to find the reason behind the blast. We will give a report on the basis of bomb disposal (squad) statement. Apparently it occurred because of gas accumulation in a sewer. It could also have been a terror attack.

“We will come up with a clear version once the explosives experts complete their job.”

Witness Mohammad Sameer left the bank moments before the blast and rushed back to help people inside.

“Thank God I left the venue otherwise I would also been among the affected ones,” he said.

A number of sewage channels in the city are said to have been covered, often illegally, by concrete structures.

Nicola Bulley disappearance: ‘Has the phone been left as a decoy?’
‘I don’t know how I am coping’
Putin’s threat over Western arms supplies
‘He didn’t just break the law he broke my heart’: Navy veteran on George Santos
War in Ukraine: ‘This is not where Russia planned to be’