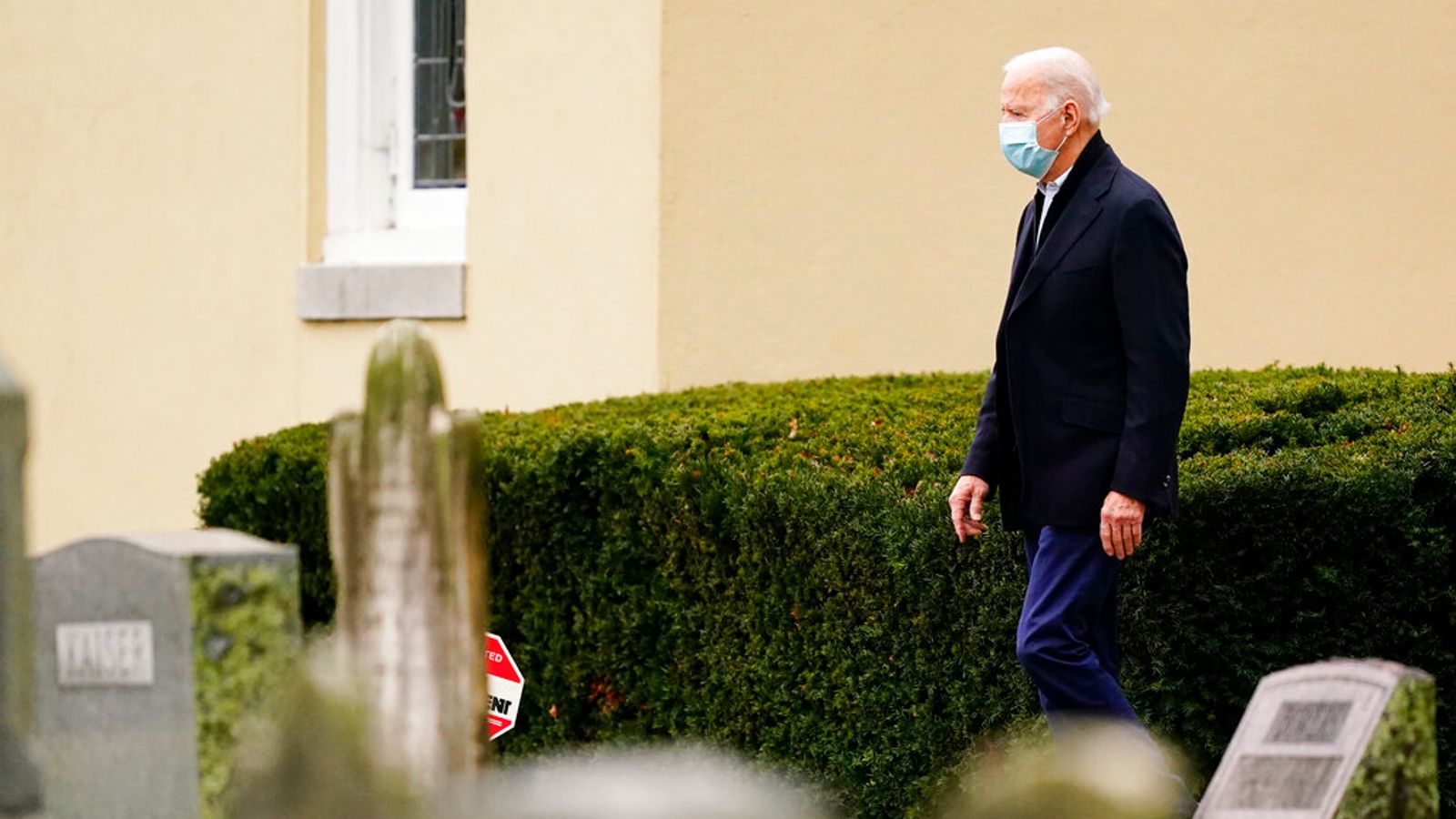 Joe Biden has visited the graves of his first wife and infant daughter, as he marks 49 years since they were killed in a car crash.

The US president visited St Joseph on the Brandywine Roman Catholic Church in his hometown of Wilmington, Delaware on Saturday with First Lady Jill Biden and daughter Ashley.

Mr Biden’s then-wife, Neilia, and 13-month-old daughter Naomi lost their lives in the tragedy in 1972, which happened as they were on their way to pick out a Christmas tree – not long after he had been elected to the Senate.

His sons Hunter and Beau, who were aged three and four at the time, survived but suffered serious injuries.

The car crash was a defining moment for the president, and helped shape his personal life and political career.

He visits the church annually, and was this year joined by Hunter, as well as other family members and friends.

War in Ukraine: ‘This is not where Russia planned to be’
Who are the key players in the Russia-Ukraine crisis?
Nicola Bulley disappearance: ‘Has the phone been left as a decoy?’
‘I don’t know how I am coping’
How many people go missing in England and Wales each year?