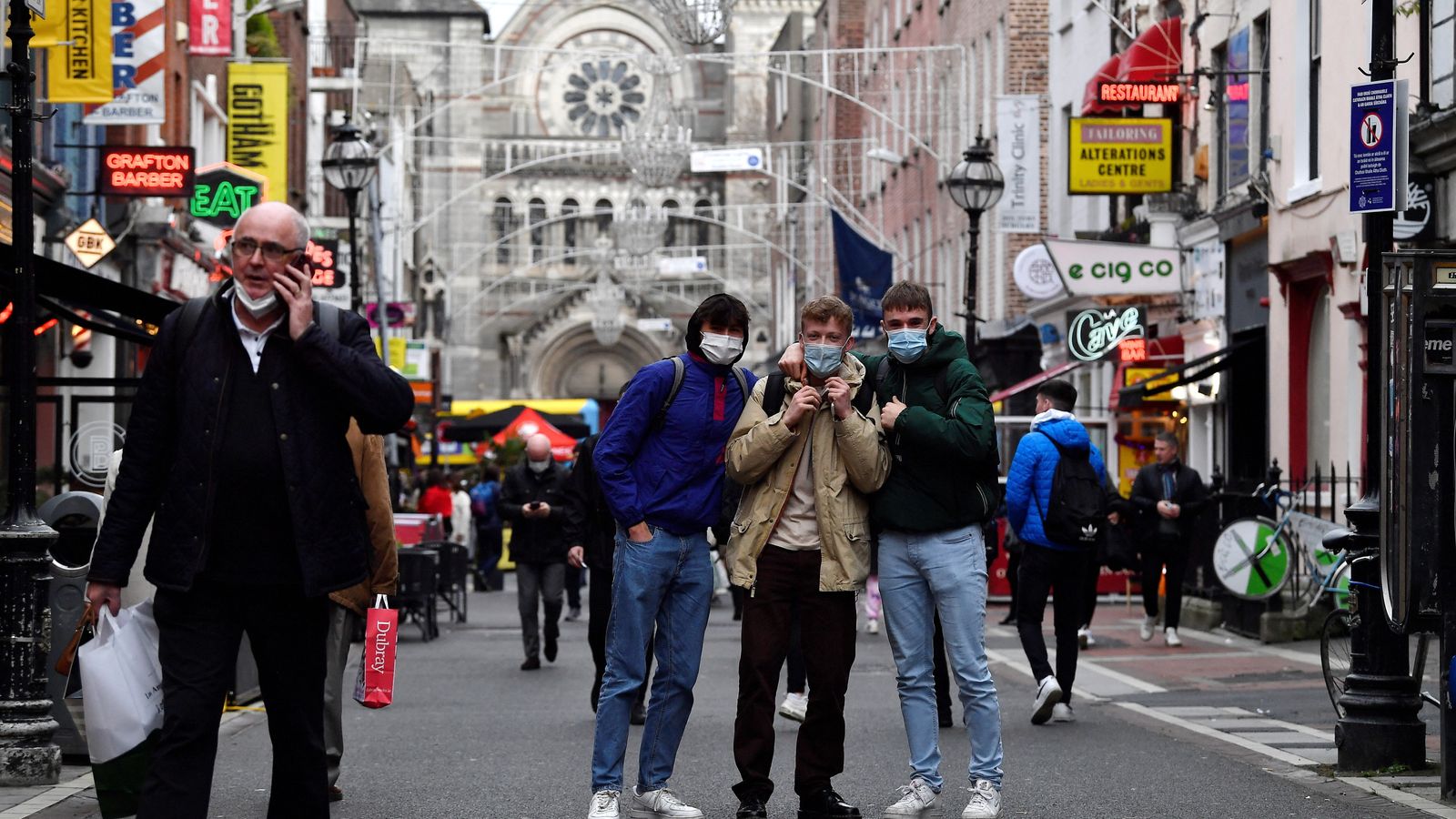 Hospitality venues will now have to close at 8pm each night, as new COVID-19 restrictions aimed at curbing the spread of the Omicron variant come into effect.

The new rules, agreed by the cabinet on Friday, were introduced at midnight on Sunday and will last until January 30.

What are the new measures?

Restaurants and bars, excluding takeaways and delivery services, will close at 8pm, with no indoor events after this time.

For close contacts of a positive COVID-19 case, if they have received a booster more than one week ago they will have to restrict their movement for five days and take three antigen tests.

For people who have not been boosted, they will need to restrict their movement for 10 days. The Health Service Executive (HSE) will consider the best testing regime for this category.

All overseas arrivals will have to take an antigen or PCR test depending on their vaccination status and all passengers arriving should be advised to conduct antigen testing on a daily basis for five consecutive days.

Wedding receptions can take place after 8pm but with a capacity limit of 100 guests.

Taoiseach Micheal Martin said the new measures were necessary because of the rise in infections caused by Omicron.

He said: “Left unchecked, this new strain will represent a very significant threat to hospitals and critical care, but also a threat to all of society and the economy.”

But hospitality groups have warned that the restrictions will lead to widespread closures and redundancies in the sector.

Padraig Cribben, chief executive of the Vintners’ Federation of Ireland, said: “The reality is this decision will decimate the trade that was already on its knees.”

Public Expenditure Minister Michael McGrath said that no government wanted to be in the position of making decisions that would cost jobs, but said the first duty was to protect the health of the population.

Asked about an estimate from the hospitality industry that 60,000 people in Ireland could lose their jobs, Mr McGrath told RTE on Sunday: “The numbers will be significant, certainly in the tens of thousands.”

Just weeks after the first Omicron case was identified in Ireland, it has now become the dominant strain of COVID.

The Health Protection Surveillance Centre has estimated that approximately 52% of reported cases are now due to the Omicron variant.

Chief medical officer Dr Tony Holohan said: “It has taken less than two weeks for Omicron to become the dominant strain of COVID-19 in Ireland, revealing just how transmissible this variant is.”

Russian teen faces years in jail over social media post
Cost of living: Vulnerable people find every action has a ‘price tag’
Buckingham Palace confirms ‘revised policies’ after claims Meghan ‘humiliated’ staff
Anti-government protests grip Peru for a second day
What has Belarus got to do with the Russia-Ukraine conflict?