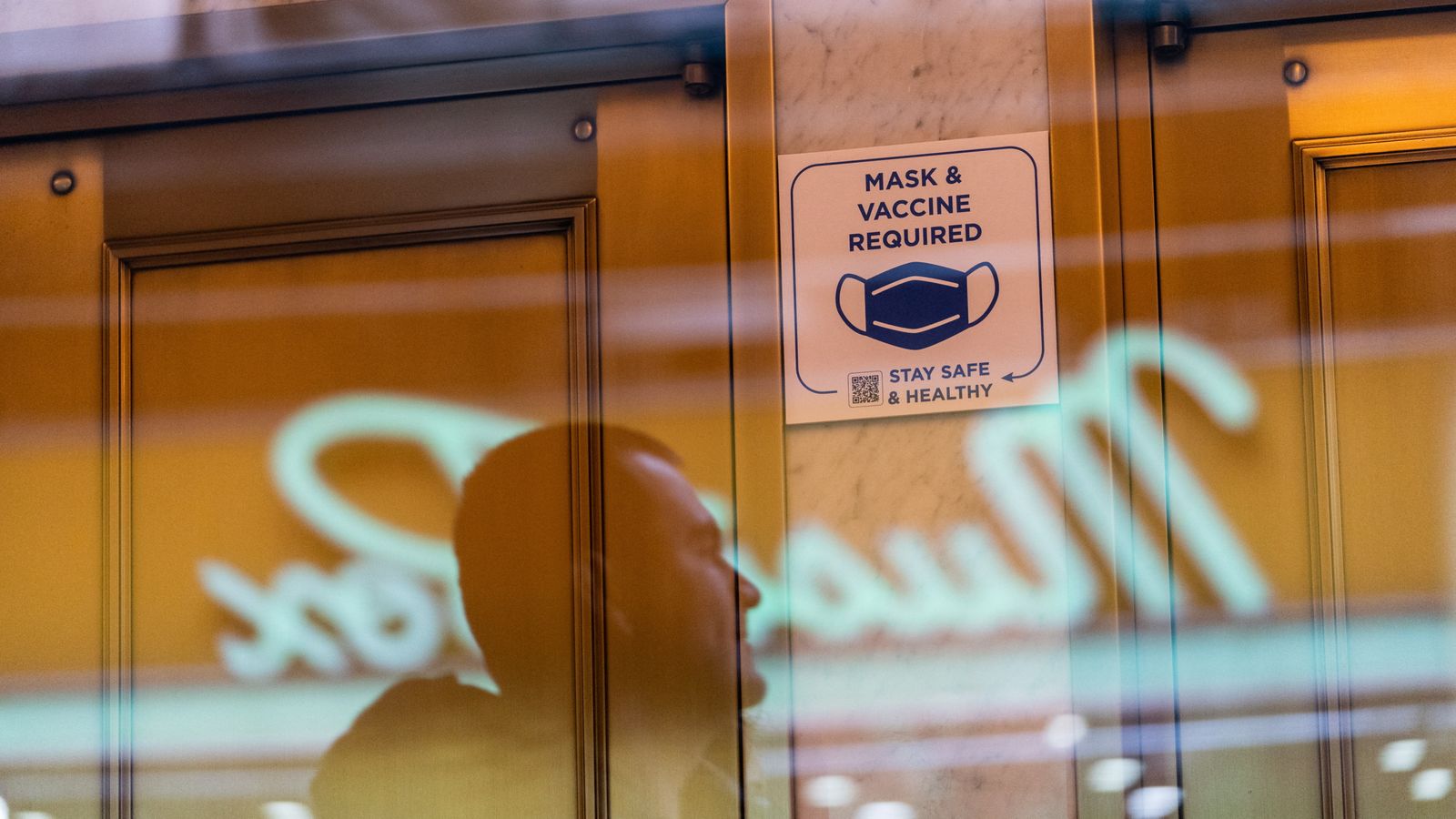 Omicron is now the dominant form of coronavirus in the US and made up 73% of new cases last week, according to federal health officials.

It represents a near six-fold increase in the variant’s share of infections in just one week.

In some areas Omicron is even more dominant, responsible for an estimated 90% of new infections in places such as New York, the South East, the Pacific Northwest and the industrial Midwest.

The national rate suggests there were more than 650,000 Omicron cases in America last week.

“These numbers are stark, but they’re not surprising,” said Dr Rochelle Walensky from the Centers for Disease Control and Prevention (CDC).

The growth in Omicron is similar to the rapid spread seen in other countries.

America’s chief medical officer, Dr Anthony Fauci, has said Omicron is “raging around the world” and has an “extraordinary capability” for transmission.

The rise in cases in the US has forced sport events and Broadway shows to be postponed and cancelled, including NBA and NHL games.

Several universities including Cornell and Harvard have also reverted back to online learning as community transmission spreads on campuses.

The CDC estimates are based on analysis of thousands of specimens collected each week.

Dr Walensky said that while there are still many new cases of the previously dominant Delta variant, she believed it would eventually be “crowded out by Omicron”.

President Biden is set to unveil new steps to combat Omicron on Tuesday.

The White House press secretary said he would also issue “a stark warning of what the winter will look like for Americans that choose to remain unvaccinated”.

Scientists believe a third shot is important to give maximum protection against Omicron.