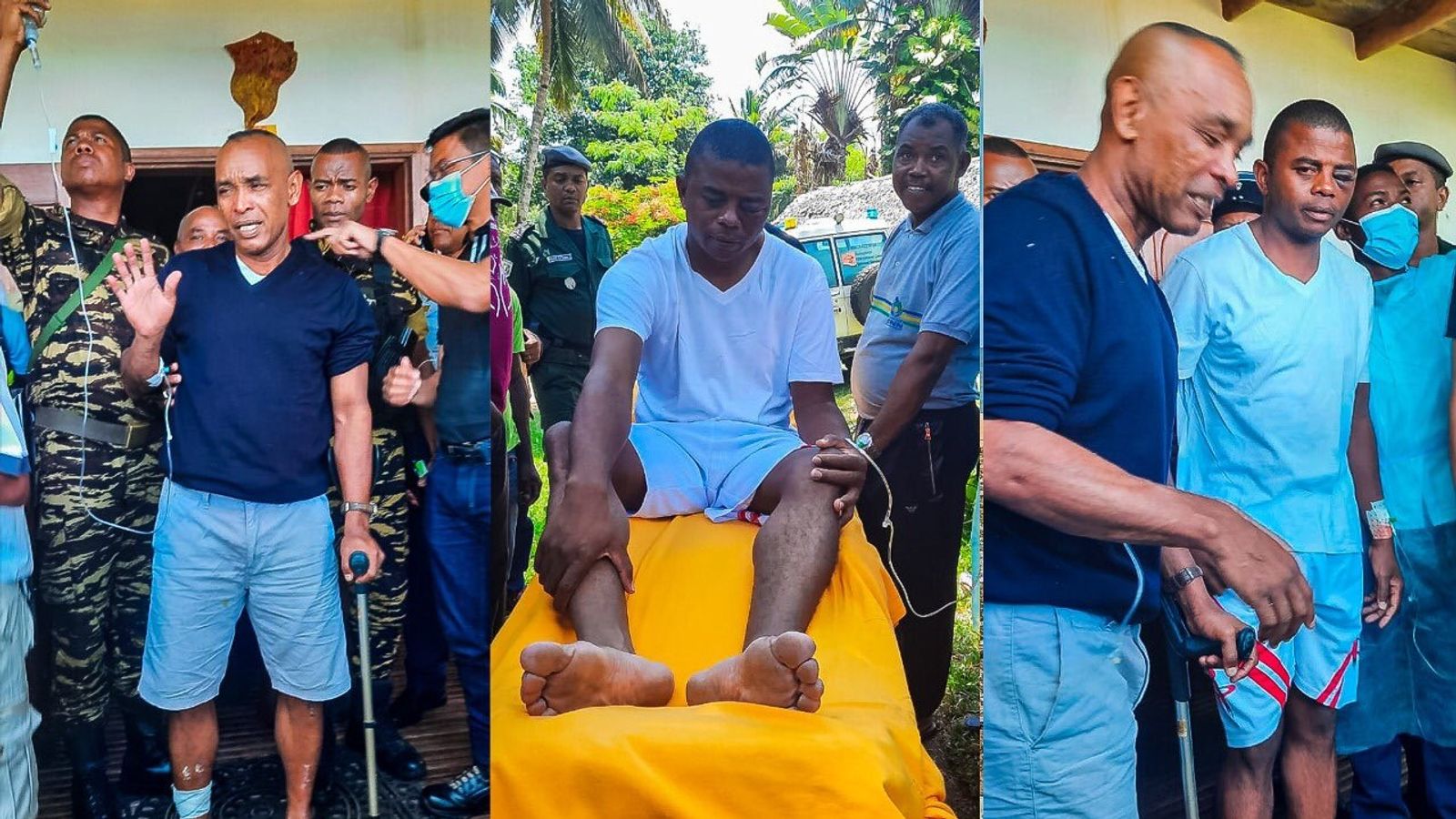 A Madagascan government minister said he swam for 12 hours after his helicopter crashed at sea during a rescue mission.

Police Minister Serge Gelle had been part of a team searching the northeast coast of the country after a cargo ship illegally carrying 130 passengers sank, killing at least 19 people.

A further 66 are missing following that incident, officials have said.

Mr Gelle was recovered on a stretcher after surviving the crash and swimming in the water for hours.

“It’s not my time to die,” he told local media as the remains of the helicopter were later found at the bottom of the ocean.

Two other security officials who had been with him in the helicopter also survived.

The ship, Francia, had left the city of Antanambe in the early hours of Monday before heading south.

It was registered as a cargo ship so was not authorised to carry passengers and Antanambe is not an official port, said Jean Edmond Randrianantenaina, director-general of the Maritime and River Port Agency.

A hole in the ship’s hull is believed to have caused it to sink.

“According to the information we were able to gather, water entered the engine room. The water started to rise and it swallowed up all the engines,” said Mr Randrianantenaina.

“Then the ship began to sink. We don’t know exactly what time the water started to rise, but our interventions began around 9 am,” he added.

Three boats from the national navy and the maritime agency are continuing the search for those still missing.

President Andry Rajoelina paid tribute to those who had died, and wrote on Twitter: “My thoughts are with the victims and their bereaved loved ones. I solemnly pray for the rest of their souls.

“My thoughts are also on the helicopter pilot, Colonel Hery Rakotomiliarison and Colonel Olivier Andrianambinina sent to the area, victims of a crash, still missing. Courage to their loved ones and their families in this ordeal.

“I salute the entire dedication of the Secretary of State for the Gendarmerie, General Serge Gellé and Chief Warrant Officer Andrianarison Laitsara Jimmy, survivors of the crash while their helicopter went to the aid of the castaways.

“The state is fully mobilised to provide all the necessary assistance to the victims of these dramatic events. Search operations continue to save lives.”

Child prodigy may make Grammy history
Calls for energy firms not to force people on to prepayment meters
Anti-government protests grip Peru for a second day
Inside the conclave: How it works
Hear what Putin critic thinks could lead to Putin’s downfall