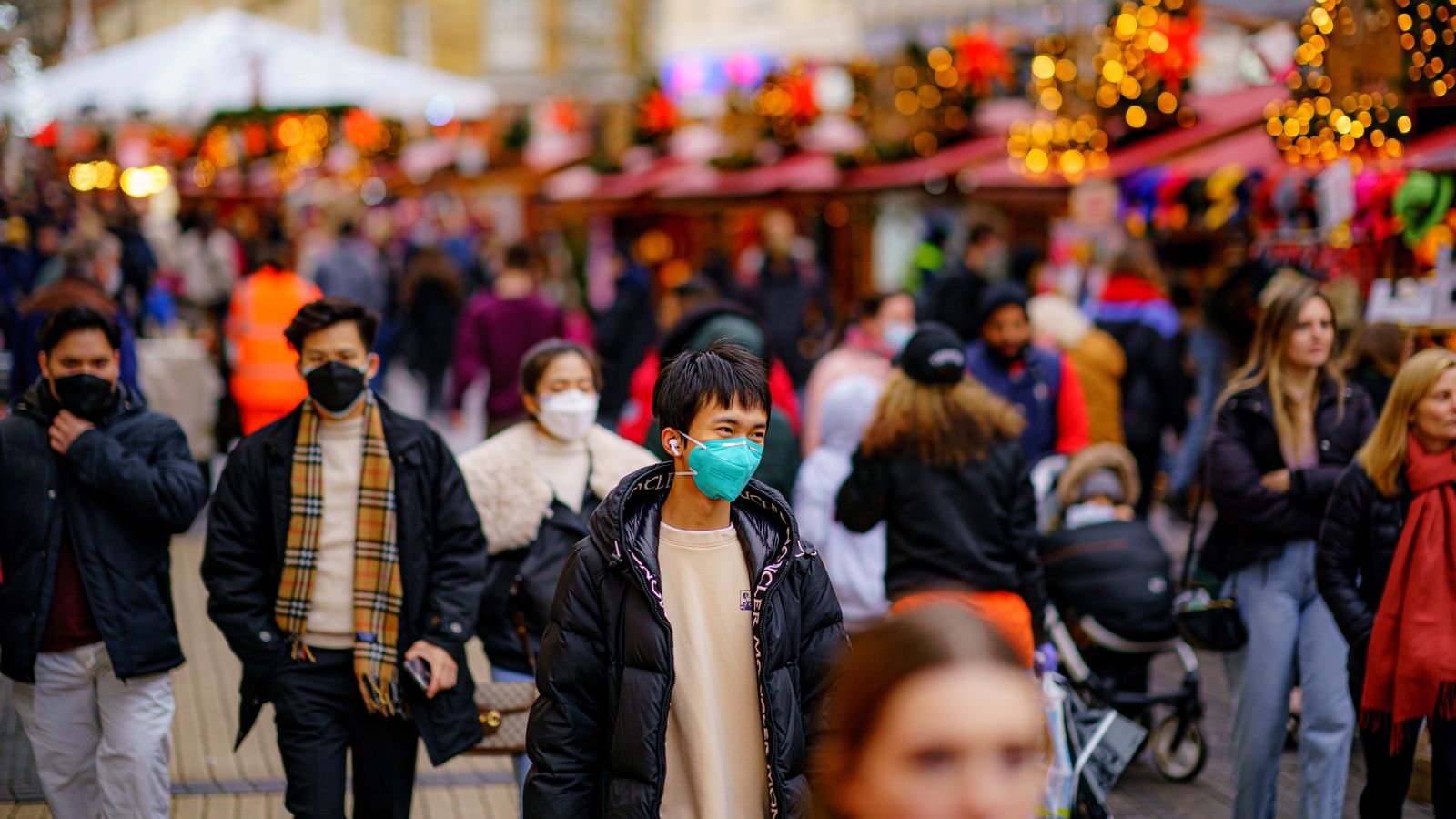 New data on the severity of the Omicron variant is set to be published today – after two studies showed that it appears to be milder than Delta.

In a move likely to inform Boris Johnson’s decision over any further restrictions after Christmas, the UK Heath Security Agency (UKHSA) will release its analysis along with findings on the efficacy of two and three vaccine doses.

Two studies released in the past 24 hours, using real-world UK data, have raised hopes that people infected with Omicron are less likely to be hospitalised than those with Delta.

But they came against the backdrop of a record day for COVID cases, with more than 100,000 reported for the first time since widespread testing was introduced.

The number of infections in recent days has led to new measures in other parts of the UK, with Northern Ireland to close nightclubs from Boxing Day and Wales to bring back a form of the “rule of six”.

Mr Johnson has so far resisted announcing any such plans for England, and The Daily Telegraph reports that government sources view the real-world Omicron data as proof that none are needed. 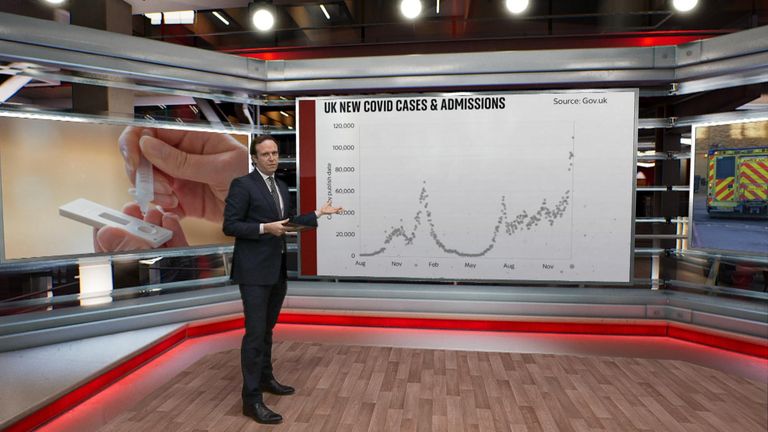 One study in England found that people infected with Omicron are 15-20% less likely to be admitted to hospital compared to those infected with Delta.

Imperial College London said people with PCR-confirmed Omicron are 40-45% less likely to spend a night or more in hospital compared with Delta.

However, Professor Neil Ferguson, from the Imperial College London team behind the study, warned that Omicron’s severity may be offset by the “reduced efficacy” of vaccines to stop it from being transmitted.

Separately, scientists in a Scotland-wide study claim Omicron is associated with a two-thirds reduction in the risk of hospital admission compared with Delta. 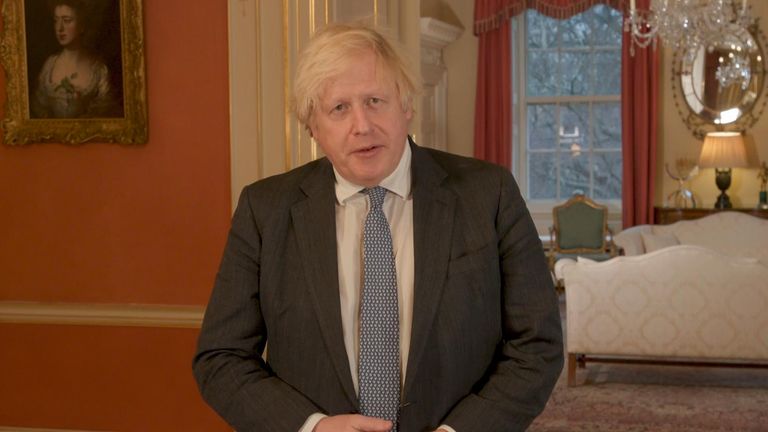 ‘People can go ahead with their Xmas plans’

Cabinet ministers and Conservative MPs argue that the new research has “weakened” the need for any further restrictions before the end of the year, reports The Daily Telegraph.

The prime minister has confirmed he will not introduce more measures in England before Christmas, warning the situation remains “finely balanced” ahead of the New Year.

But ministers have stressed the government is constantly considering new COVID data, and leaders in the other home nations have already gone ahead with announcing post-Christmas rules.

Labour has called for clarity on the next steps so that people know where they stand for the coming week.

Shadow work and pensions secretary Jonathan Ashworth has suggested “a roadmap” should be produced of what restrictions businesses may face ahead of New Year’s Eve.

Businesses in Wales impacted by the emergence of Omicron will be eligible for emergency financial support via a new Welsh Government support package.

Economy minister Vaughan Gething has announced details of the £120m funding – which will be available for retail, hospitality, leisure, and tourism businesses and their supply chains.

It comes as new analysis shows more than 400 pubs have disappeared across England and Wales due to the toll of the pandemic in 2021.

Using official government data, real estate adviser Altus Group found the number of pubs liable for property taxes, including those vacant and being offered to let, fell by 444 to 40,173 in December, compared with 40,617 last year.

Robert Hayton, UK president at Altus Group, said pubs had borne the brunt of restrictions and Omicron’s potential impact next year “could be the straw that broke the camel’s back for many”.