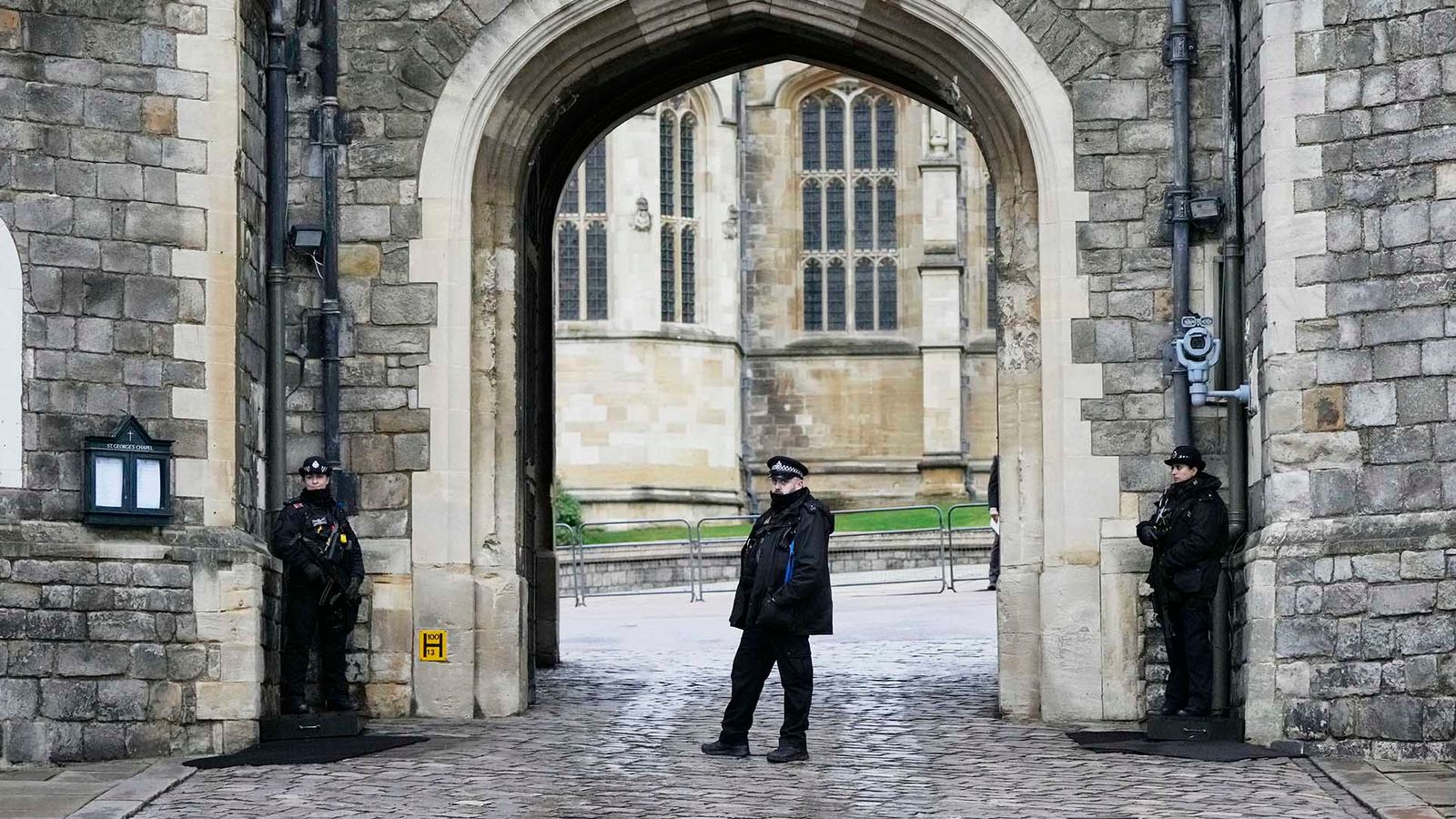 An armed man has been arrested after breaking into the grounds of Windsor Castle on Christmas Day, police have said.

Officers from Thames Valley and the Metropolitan Police were called to a security breach at around 8.30am in the grounds of Windsor Castle.

A 19-year-old man from Southampton has been arrested and is in custody. 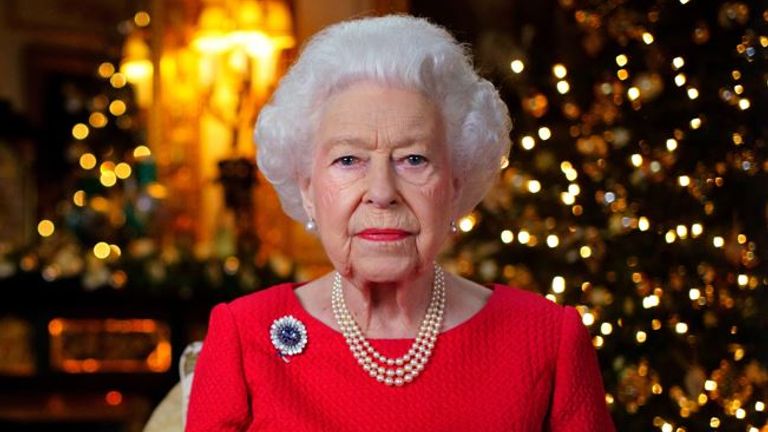 Sky News understands the weapon was not a firearm.

The Queen is celebrating Christmas at Windsor this year after cancelling traditional plans to go to Sandringham.

Superintendent Rebecca Mears, of Thames Valley Police, said: “An investigation is ongoing following this incident and we are working with colleagues from the Metropolitan police.

“The man has been arrested on suspicion of breach or trespass of a protected site and possession of an offensive weapon. He remains in custody at this time.

“We can confirm security processes were triggered within moments of the man entering the grounds and he did not enter any buildings.

“Members of the Royal Family have been informed about the incident.

“We do not believe there is a wider danger to the public.”

Earlier today, other members of the Royal Family were pictured in Windsor as they attended a service at St George’s Chapel ahead of spending Christmas Day with the Queen.

Prince Charles and Camilla were joined at the chapel in the grounds of Windsor Castle by the Earl and Countess of Wessex and the Duke and Duchess of Gloucester.

Camilla was dressed in a blue and turquoise chequered jacket and matching hat, and wished a “Happy Christmas” to members of the press as the couple walked to the chapel.

It is understood the Queen’s absence from the service is a personal choice and follows a precautionary approach seen over the last six months.

Sophie and Edward were accompanied by their daughter Lady Louise and son James, Viscount Severn.

The Duke and Duchess of Cambridge are spending Christmas in Norfolk, where they will be joined by some members of the Middleton family.

It comes as the Queen reflected on a year of personal grief in her annual moving Christmas Day message this afternoon.

She said there was “one familiar laugh missing” as she acknowledged the death of her husband Prince Philip amid the continuing impact of the coronavirus pandemic.

She said how his “mischievous, enquiring twinkle was as bright at the end as when I first set eyes on him”, as she empathised with families who had lost loved ones this year.

She also spoke fondly of her eldest son, the Prince of Wales, his wife, the Duchess of Cornwall, and of the Duke and Duchess of Cambridge, for their focus on climate change.

Last week, a woman was arrested after banging on Prince Andrew’s car window and shouted at him as he drove through Windsor during his regular short route from his Royal Lodge home on the estate to the Castle, where he goes riding.

Back in May, police were also arrested two intruders, a man, 31 and his girlfriend, 29 after they managed to scale the fences around the Royal Lodge.

Sky News has contacted Buckingham Palace for a comment.