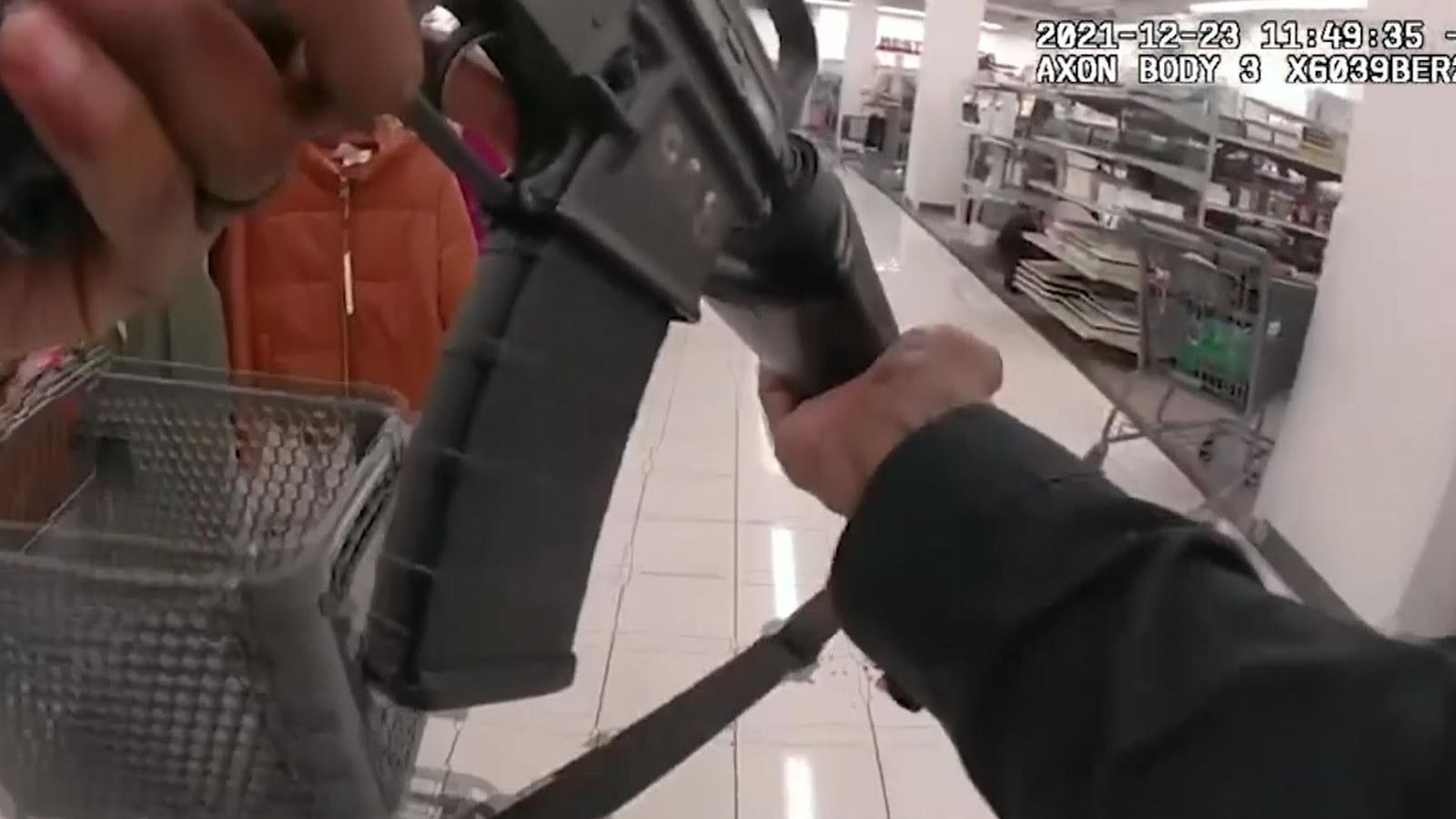 The Los Angeles Police Department has released the bodycam footage from an incident that led to an innocent teenager being fatally shot as officers opened fire on a suspect.

Valentina Orellana-Peralta, 14, was in the changing room at the Burlington Coat Factory in North Hollywood on 23 December, when a bullet struck her through a drywall that is thought to have been discharged by an officer who had been firing at a suspect.

Footage, which was posted to the force’s YouTube channel, shows officers responding to reports that a man was attacking people in the store.

The suspect, Daniel Elena Lopez, can be seen lashing out at two women, including one who he dragged through the aisles as she tried to crawl away.

A number of people had reported seeing the man use a bike lock as a weapon, which was later recovered at the scene.

He was initially spotted on CCTV walking into the store with a bike while clutching the lock, seemingly disorientated, before attacking a woman on the escalator who managed to escape his grip.

The man leaves the store for around 90 seconds, police said, then returned to beat another woman with the bike lock and attempt to drag her towards the dressing rooms while she was covered in blood.

Bodycam footage shows the LAPD then entering the store and opening fire at Lopez, who is hit by a bullet.

He died at the scene.

The footage also shows where Valentina Orellana-Peralta was – hiding in the changing rooms with her mother – and its proximity to the incident.

“At this preliminary phase of the investigation, it is believed that the victim was struck by one of the rounds fired by an officer at the suspect,” police captain Stacy Spell said in the posted video.

The force believes that bullet bounced off the floor and through the drywall, killing the teenager.

Captain Spell added: “We at the LAPD would like to express our most heartfelt condolences and profound regret for the loss of this innocent victim, Valentina Orellana-Peralta.

“There are no words that can describe the depth of the sorrow we feel at this tragic outcome.”

The case is currently under investigation by the California Department Of Justice, which has been asked to look at the officer-involved shooting of the unarmed civilian.

Russian teen faces years in jail over social media post
What has Belarus got to do with the Russia-Ukraine conflict?
What is the UN Security Council?
Inside the conclave: How it works
Ex-Trump official reveals the moment he knew his job was at risk