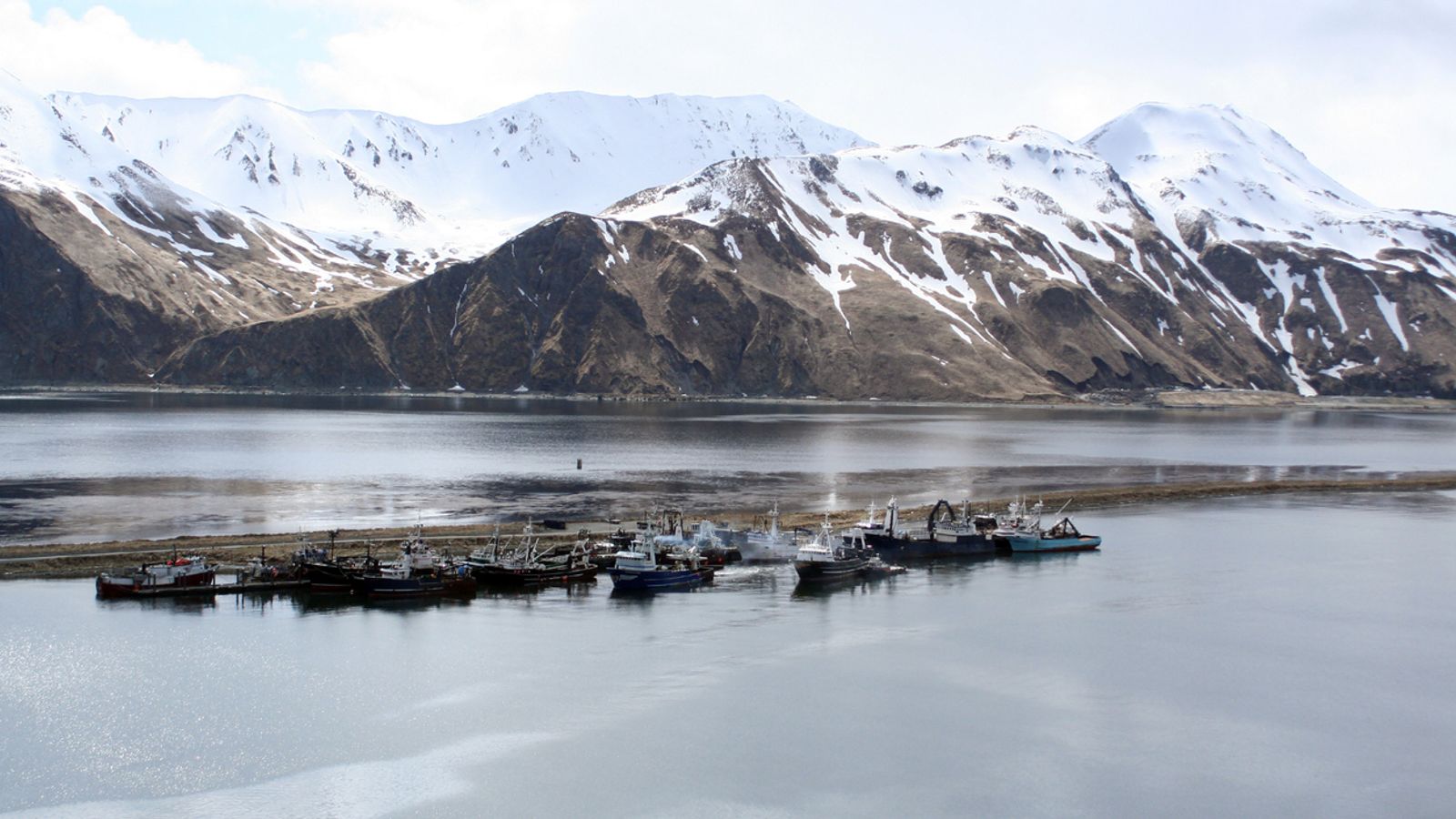 An unusually warm spell in what is usually the coldest state in the United States has seen temperature records broken.

Experts say the mercury in some parts of Alaska was 11C (20F) higher than ever before for the time of year.

Daytime temperatures have soared past 15C (60F) when there would normally be intensely bitter cold and light, fluffy snow.

At the island community of Kodiak, the air temperature hit 19.4°C (67F) on Sunday, the highest December reading ever recorded in the state, scientist Rick Thoman of the Alaska Centre for Climate Assessment and Policy said.

Not their average. Their record.

That’s like winning a 5K by ten minutes. Numerous nearby stations recorded similar.

The record came during a spate of balmy extremes for late December, Mr Thoman said, including 18.3C (65F) at Kodiak airport, a record 16.6C (62F) at the Alaska Peninsula community of Cold Bay and at least eight December days of temperatures above 10C (50F) at the Aleutian town of Unalaska, including a 13.3C (56F) reading that was Alaska’s warmest Christmas Day on record.

It comes at the end of a year that has seen temperature and weather records broken around the world.

Mr Thoman said the consequences are likely to be that the warmer weather results in massive amounts of snow or rain in the Alaskan interior, away from the warmer coastal area.

Normally, December is a dry month in central Alaska but that has not been the case in the last few days.

So much snow fell that on Sunday it caused the roof of the only grocery store of the remote area of Delta Junction to collapse.

Heavy snowfall was followed by torrential rain that left the region coated with ice – as the rain quickly froze – resulting in widespread power failures and major roads and offices being closed.

Alaska’s Department of Transportation and Public Facilities warned roads will remain extremely dangerous for a long time because of “cement”-like ice, which it dubbed “icemageddon”.

The department said on Twitter: “Ice is extremely difficult to remove once it has binded to the road surface. Even though air temps were warm during #icemageddon2021, roads were at sub-zero temps, which caused ice to bind to the surface.”

Mr Thoman said the increasingly common switching between warm and wet mid-winter weather and colder weather in the last two decades was a sign of climate change.

The cold is set to return. Temperatures in Fairbanks were forecast to plunge below -29 C (-20F) this weekend.

Meanwhile, as temperatures are unseasonably warm in the US’s northernmost state, those further south were seeing heavy snow.

The Pacific Northwest and Sierra Nevada have grappled with days of snow, ice and unseasonable cold that has caused chaos on the roads and forced people to find refuge in emergency shelters.

Arctic blast until the weekend

Across western Washington and Oregon, an arctic blast blew in on Sunday which forecasters said could last until the weekend.

What is the UN Security Council?
Ukraine War: Will Germany send tanks to Ukraine?
Taiwan: Live radio chatter between fighter jets reveals tension
‘I was sad for the institution’: Nancy Pelosi speaks out about McCarthy speaker vote
Bubbles freeze in -50C temperatures