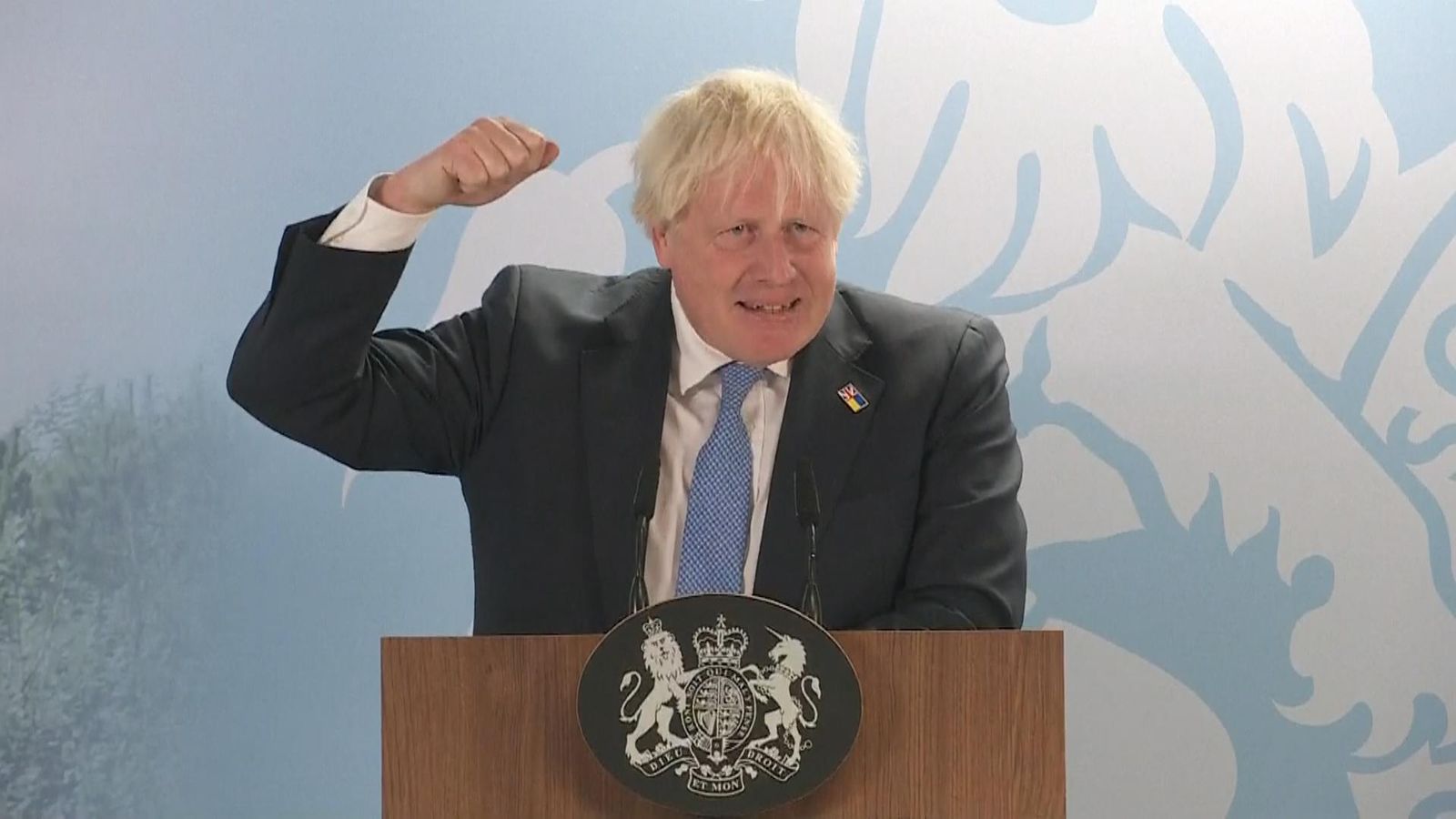 Boris Johnson has given his support to the Sizewell C nuclear power plant in Suffolk, promising £700m of government funding for the project.

He confirmed the move during a speech from the site in one of his final acts as prime minister – and amid the rising cost of living crisis – saying he was “absolutely confident it will get over the line” in the next few weeks.

But it will be up to his successor to provide the rest of the funding to push the project through in a deal with French-owned utility firm EDF.

The government has previously said the £20bn power plant would take just under a decade to build and could power six million homes.

Mr Johnson is due to be replaced as prime minister next week when either Rishi Sunak or Liz Truss is announced as his successor.

In his speech, the PM praised the history of nuclear discoveries in the UK, but asked “what happened to us?” – claiming British nuclear energy was in “paralysis”.

He decried the “short termism” that he said led to no new nuclear power plants being built in the UK in nearly 30 years, while the likes of France had built four in the same timeframe.

And he criticised past leaders of both Labour and the Liberal Democrats – though not mentioning his own party’s time in office – saying it had been “a chronic case of politicians not being able to see beyond the political cycle” and choosing to invest.

Mr Johnson said his government’s British energy security strategy was “rectifying the chronic mistakes of the past and taking the long term decisions that it needs”, adding: “We need to pull our national finger out and get on with Sizewell C.

“This project will create tens of thousands of jobs, it will also power six million homes – that is roughly a fifth of all the homes in the UK – so it’ll help to fix the energy needs, not just of this generation but of the next.”

EDF, the project developer, is set to take a stake as part of efforts to remove a Chinese state-backed nuclear energy company from the project.

But campaign group Stop Sizewell said the power station was a “vanity project” for the PM that his successor should “consign to the bin”.

They added: “When every penny matters, it’s totally wrong to shackle the next prime minister and billions in taxpayers’ money to this damaging project, whose ballooning cost, lengthy construction, failure-prone technology and long term water supply are so uncertain.”

Mr Johnson said there was “no cultural aversion to nuclear power” in the UK, and the campaign group – which protested outside the site ahead of his speech – was an example of “pure nimbyism”.

He added: “A baby born this year will be getting energy from Sizewell C long after she retires and this new reactor is just a part of our Great British nuclear campaign.”

The GMB Union said the announcement was “a belated step in the right direction, but it should have happened years ago”.

National secretary Andy Prendergast, said: “Years of political failure to make the right decision on new nuclear means we are woefully unprepared for the energy crisis facing us today.

“The government must grasp the nettle and commit to other nuclear reactors… and make sure we have the skilled workers required.”

The announcement comes as the government is facing growing pressure to tackle rising energy costs, with the price cap set to soar by 80% come October.

Mr Johnson has insisted it will be up to either Ms Truss or Mr Sunak to decide what help is offered to households and businesses, but he said it was “clear that come the new administration, there is going to be a further package” of support.

During a Q&A session, he added: “We have the fiscal firepower to sort it out. We do have a robust employment situation, we have the revenues coming to the Exchequer to enable us to help people.

“That gives us the strength to continue to support people.”

Sizewell was the last stop on the PM’s tour of the UK over his final days in office, which has seen him talking about gigabit broadband in Dorset, policing numbers in Lewisham and defence co-operation in Barrow.

Mr Johnson has been hesitant to discuss his plans for after he leaves Number 10 – his replacement will take over the shop on Tuesday – but asked what sort of ex-PM he would be, he said: “I think only time will tell is my answer on that one.

And the PM had advice for the next resident of Downing Street: “I think it’d be fair to say this government has not shirked the big decisions.

“We’ve raised our eyes, we’ve looked to the horizon and I just say, whoever follows me next, I know that they will do the same.

“And so I say to you, with the prophetic candour and clarity of one who is about to hand over the torch of office, I say go nuclear and go large and go with Sizewell C.”

Dog walker died from ‘multiple penetrating bites to neck’
‘We believe Nicola sadly fell into river’
Russia and China are ahead of US in hypersonic missile technology. Here’s why
Police search around-the-clock for suspect in brutal kidnapping
Alexandria Ocasio-Cortez slams GOP in House floor speech