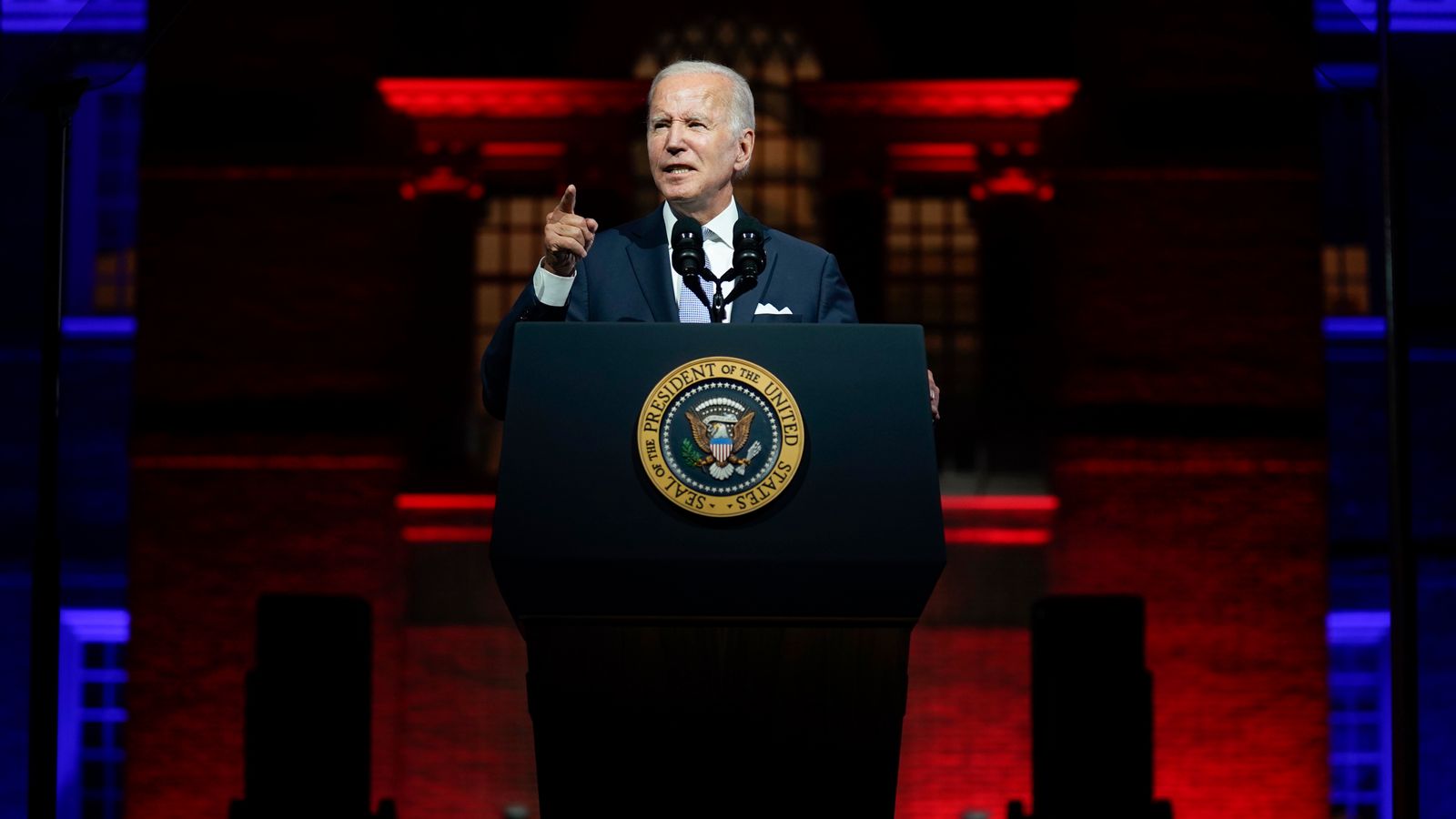 President Joe Biden has issued a broadside against the “extreme ideology” of Donald Trump and his supporters as the midterm elections loom.

The US leader summoned Americans of all stripes to help counter what he described as dark forces within the Republican Party trying to subvert democracy.

“Too much of what’s happening in our country today is not normal,” he said in a speech on Thursday before an audience of hundreds, raising his voice over pro-Trump hecklers.

“There’s no question that the Republican Party today is dominated by Donald Trump and the MAGA Republicans,” using the acronym for Trump’s “Make America Great Again” campaign slogan.

Wading into risky political terrain, President Biden strained to balance his criticism with an appeal to more traditional Republicans to make their voices heard.

The prime-time speech in Philadelphia, the birthplace of American democracy, marked a sharp turn for President Biden as midterm congressional elections approach.

His remarks on Thursday denouncing political violence and urging bipartisan compromise came after speeches in recent days where he condemned MAGA philosophy as “semi-fascism” and assailed Republican threats against the FBI after a search of Trump’s Florida home as “sickening.”

Some experts have warned that losing control of Congress would not only make President Biden a lame-duck president, but also turn over control of certifying the results of the next presidential election to Trump sympathizers, some of whom never accepted his 2020 victory and who have pledged to overhaul voting systems.

President Biden alluded to the concerns, saying: “I will not stand by and watch elections in this country be stolen by people who simply refuse to accept that they lost.”

“Instead of trying to bring our country together to solve these challenges, President Biden has chosen to divide, demean and disparage his fellow Americans,” he said.

“Why? Simply because they disagree with his policies.”