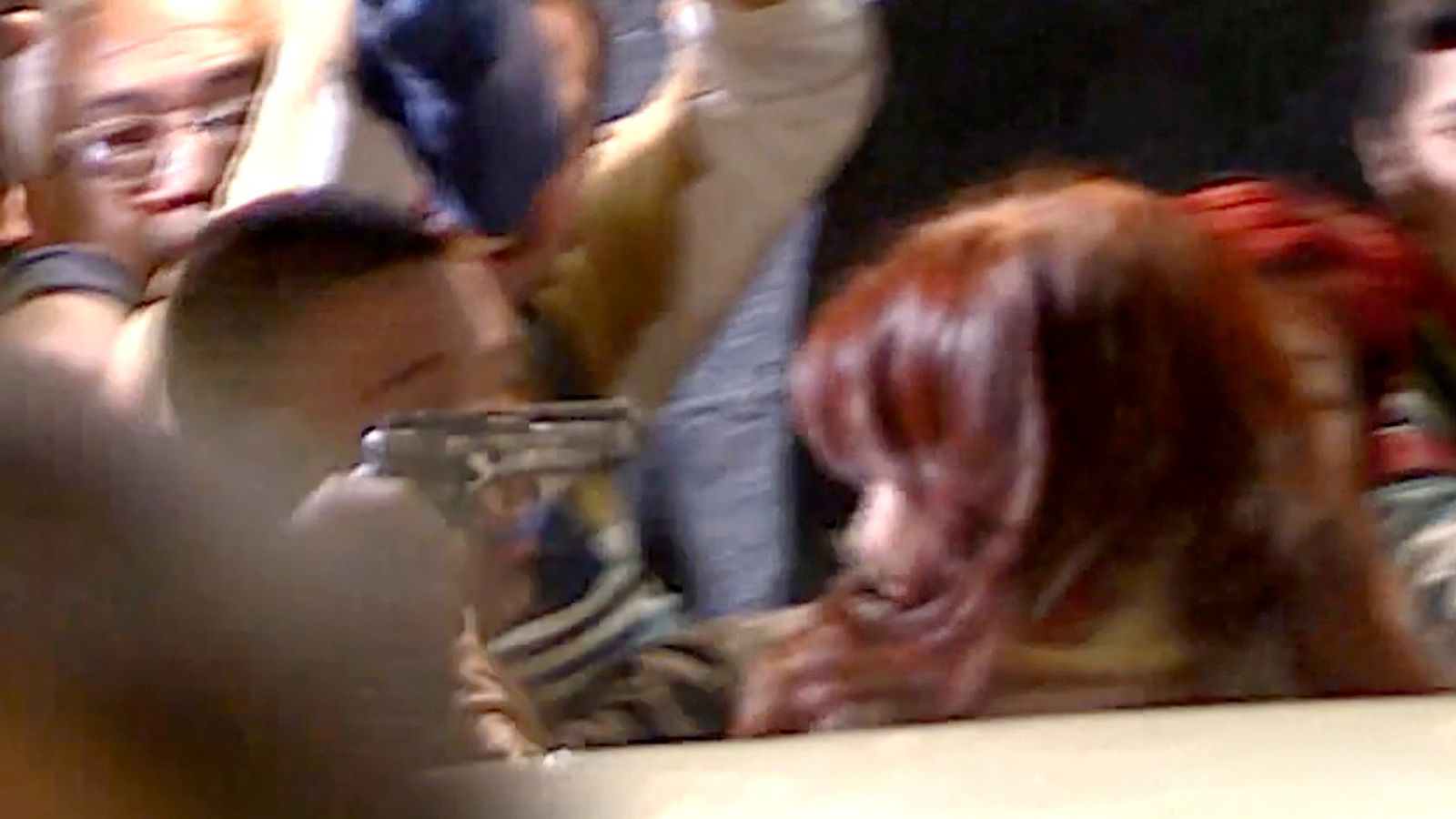 A man has pointed a handgun in the face of Argentina’s vice president – in what is being described as an attempted assassination.

Cristina Fernandez de Kirchner was threatened outside her home in Buenos Aires – but she was not harmed and no shots were fired.

Argentina’s president says the man pulled the trigger but the gun did not fire.

Video from the scene broadcast on local television channels on Thursday night shows Fernández exiting her vehicle surrounded by supporters outside her home when a man can be seen extending his hand with what looks like a pistol and the vice president ducks.

Hundreds of protesters have gathered in recent days to support the former president, who is in the midst of a corruption trial.

An armed man was arrested nearby and a weapon was found a few metres from the scene, according to a police spokesman.

According to local reports, the gun was loaded.