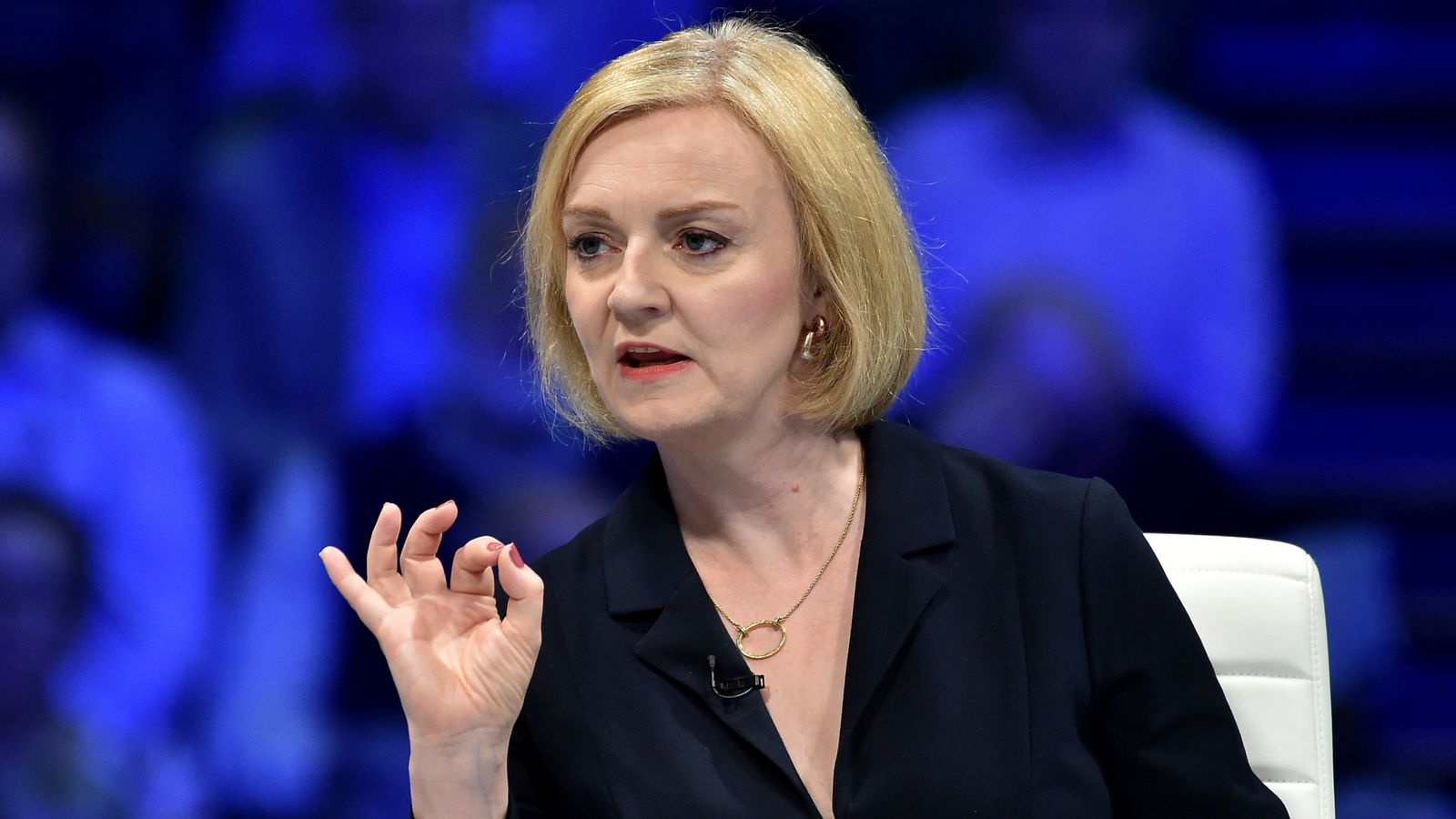 Liz Truss has said she is ready to take “tough decisions” and “immediate action” on energy bills during her first week in office, if she becomes prime minister.

There have been ever-louder calls in recent weeks for the government to intervene to support the most vulnerable, with energy bills set to rise to around £3,500 this winter for the average household.

And the foreign secretary, widely tipped to defeat rival Rishi Sunak when the Tory leadership winner is announced on Monday, told the Sunday Telegraph bluntly that “sticking plasters and kicking the can down the road will not do” as a solution.

“I understand how challenging the cost of living crisis is for everyone,” she said. “These are tough times and the months ahead will be hard.”

She said she will take “immediate action” to tackle the cost of living crisis for families and businesses, while also delivering a “broader plan to get our economy growing, make it more resilient and make it more competitive”.

She said she would appoint a council of economic advisers to help guide her and her chancellor – within her first week in office.

“A fiscal event would follow later this month from my chancellor, with a broader package of action on the economy,” she added.

“We need to take the difficult decisions to ensure we are not in this position every autumn and winter.

“Sticking plasters and kicking the can down the road will not do. I am ready to take the tough decisions to rebuild our economy.”

Meanwhile, Boris Johnson has urged his party to come together and back its new leader “wholeheartedly” ahead of the result of the Tory leadership contest.

Either Ms Truss or Mr Sunak will be declared as the new leader of the Conservative Party, and writing in the Sunday Express, the outgoing prime minister backed the abilities of both candidates. 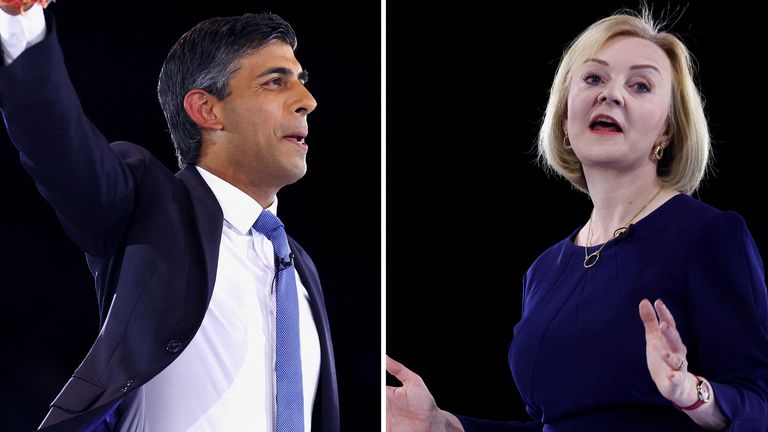 The final hustings in the Tory leadership campaign

He acknowledged the campaign had, at times, been fractious. There have been questions in recent weeks about how the party moves on from the contest, after Ms Truss and Mr Sunak both offered competing and sometimes divergent visions for the governing party and the country at large.

Calling for unity, Mr Johnson wrote: “This is the moment for every Conservative to come together – and back that new leader wholeheartedly.

“This is the time to put aside the disagreements of the last few weeks, fascinating though they may have been, and put the national interest first.

“As I leave Number 10 after three tough, but often exhilarating years, I know just how big and demanding this job is. I also know that either candidate is more than capable of delivering for the people of this country.”

In an interview to be broadcast on Times Radio on Sunday, Mr Johnson’s former Downing Street chief of staff and key aide Lord Udny-Lister said his former boss is “sad”, “cross” and “shocked” by his enforced departure.

He also said he would “never say never” about a comeback for Mr Johnson.

The current PM will be leaving office with praise from Volodymyr Zelenskyy ringing in his ears.

The Ukrainian leader, writing in the Mail on Sunday, called the outgoing prime minister a “true friend” as he paid tribute to his steadfast support for the war-torn country.

Throughout the leadership campaign, Ms Truss has pledged to “start cutting taxes from day one” with a new Budget and Spending Review that would reverse April’s rise in national insurance and next year’s corporation tax increase from 19% to 25%.

In the Telegraph, Ms Truss said: “I recognise that many of the growth measures we take won’t have an immediate impact, but it is vital we get started now and build a better economy for the future and pay down our debt as a country and provide the future for our children.

Recent days have been full of speculation about who could make up the cabinet in a Truss administration, with Business Secretary Kwasi Kwarteng tipped to become her chancellor.

In what is set to be a frenzied few days for UK politics, Mr Johnson’s successor will be announced on Monday, taking over as prime minister the following day.

Mr Johnson and his successor will go to Balmoral, rather than Buckingham Palace, for the appointment of the new prime minister on Tuesday, in a break from tradition.

The Queen will receive Mr Johnson at her Aberdeenshire home, where he will formally tender his resignation.

This will be followed by an audience with the new Tory leader, where she or he will be invited to form a government.