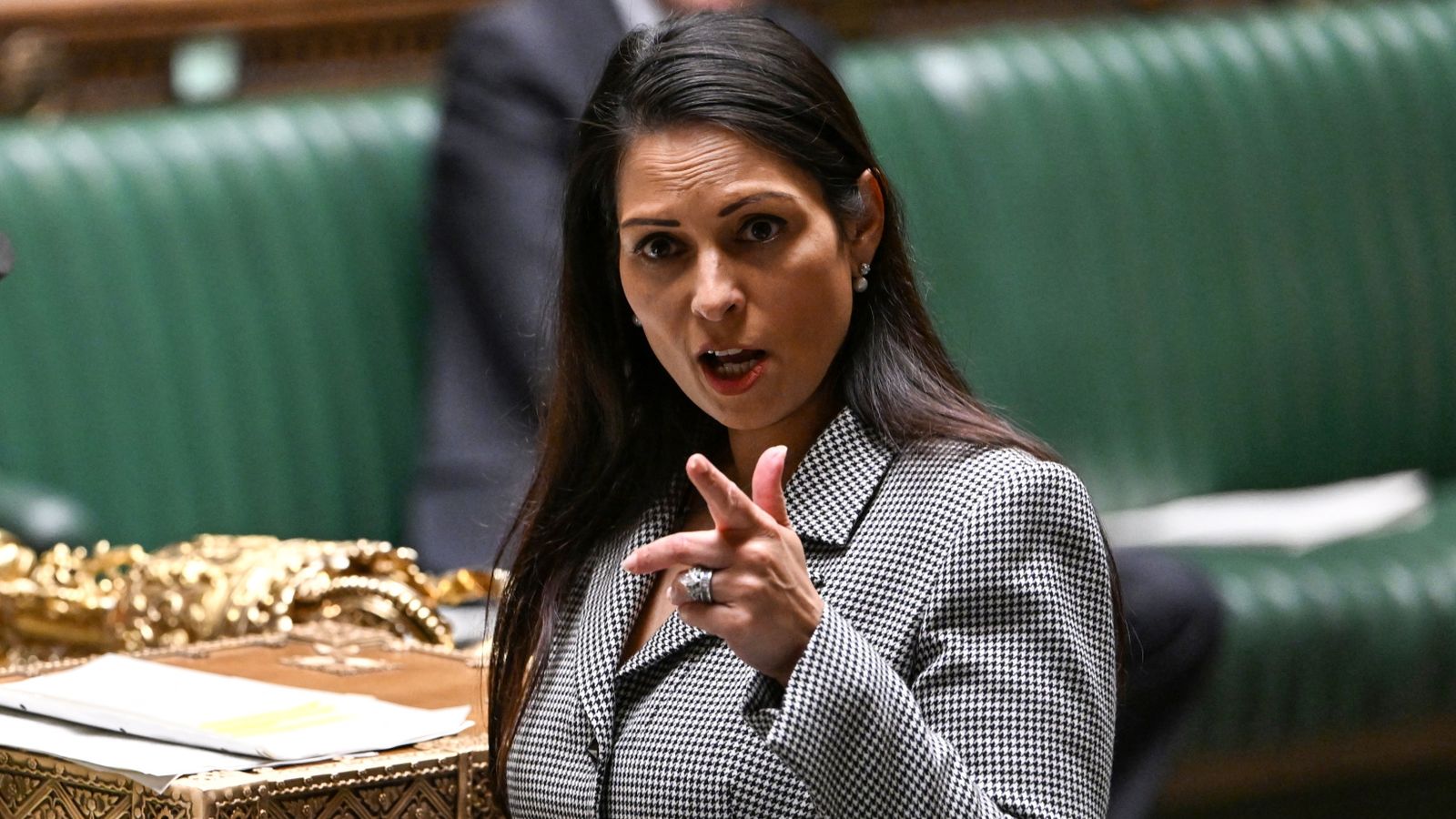 The home secretary has spelled out to the new Scotland Yard commissioner the vast improvements she is demanding in his force’s culture and performance.

Priti Patel writes in a letter to Sir Mark Rowley: ‘It is absolutely vital that trust and confidence is restored and that visible, responsive policing which cuts crime is at the forefront.

“I expect the Metropolitan Police under your leadership to get the basics right and provide the first-class service expected of it.”

Sir Mark starts his job in a week’s time after the controversial departure of his predecessor Dame Cressida Dick, who quit after clashing with London Mayor Sadiq Khan, though she was supported in a recent independent report on her resignation.

The home secretary writes: “I also expect you, as commissioner, to promote better leadership and higher standards at every level throughout the force.”

Under Dame Cressida, the Metropolitan police force was castigated over a series of scandals that led to questions over its culture and standards; the rape and murder of Sarah Everard by off-duty PC Wayne Couzens, the taking and sharing of photographs of two murdered sisters by officers, the racist and misogynist text message-sharing by officers at Charing Cross police station and the strip-searching of a young black schoolgirl.

The force is one of six put into special measures by the police watchdog Her Majesty’s Inspectorate of Constabulary and Fire & Rescue Services which recently condemned policing in England and Wales for poor performance, especially over burglary, robbery and other acquisitive crime.

Ms Patel writes: “That report found that on too many occasions the Met, as a force, is failing to get the basics right when dealing with these crimes, which cause immense distress to the public.

“It is deeply disappointing and unacceptable that many police forces are falling short.

“You know my view that there is an essential requirement across policing to raise the bar on standards and to get the basics right.

“As the largest force in the country, it is right for the Met to set an example in how to deal with crimes of this kind and also to beat crime down.”

Ms Patel also tells the new commissioner she expects him to make sure the Met meets its target of 4,557 new officer recruits and boosts non-police staff by March next year.

She adds in her letter: ‘It will no doubt be a challenging time for the force, but I have every confidence that under your leadership these challenges can be overcome.”

Sir Mark retired from Scotland Yard in 2017 as an assistant commissioner after leading the Counter Terror Command and after being beaten to the top job by Dame Cressida.

He was appointed in July and said at the time: “Our mission is to lead the renewal of policing by consent, which has been so heavily dented in recent years as trust and confidence have fallen.

‘We will deliver more trust, less crime and high standards for London and beyond, and we will work with London’s diverse communities as we together renew the uniquely British invention of ‘policing by consent’.”

Alexandria Ocasio-Cortez slams GOP in House floor speech
Memphis ‘Scorpion Unit’ under scrutiny after Tyre Nichols’ death
Who are the key players in the Russia-Ukraine crisis?
Why is the UK economy predicted to perform so badly?
Twitter whistleblower: Jan. 6 committee failed to hold Twitter accountable