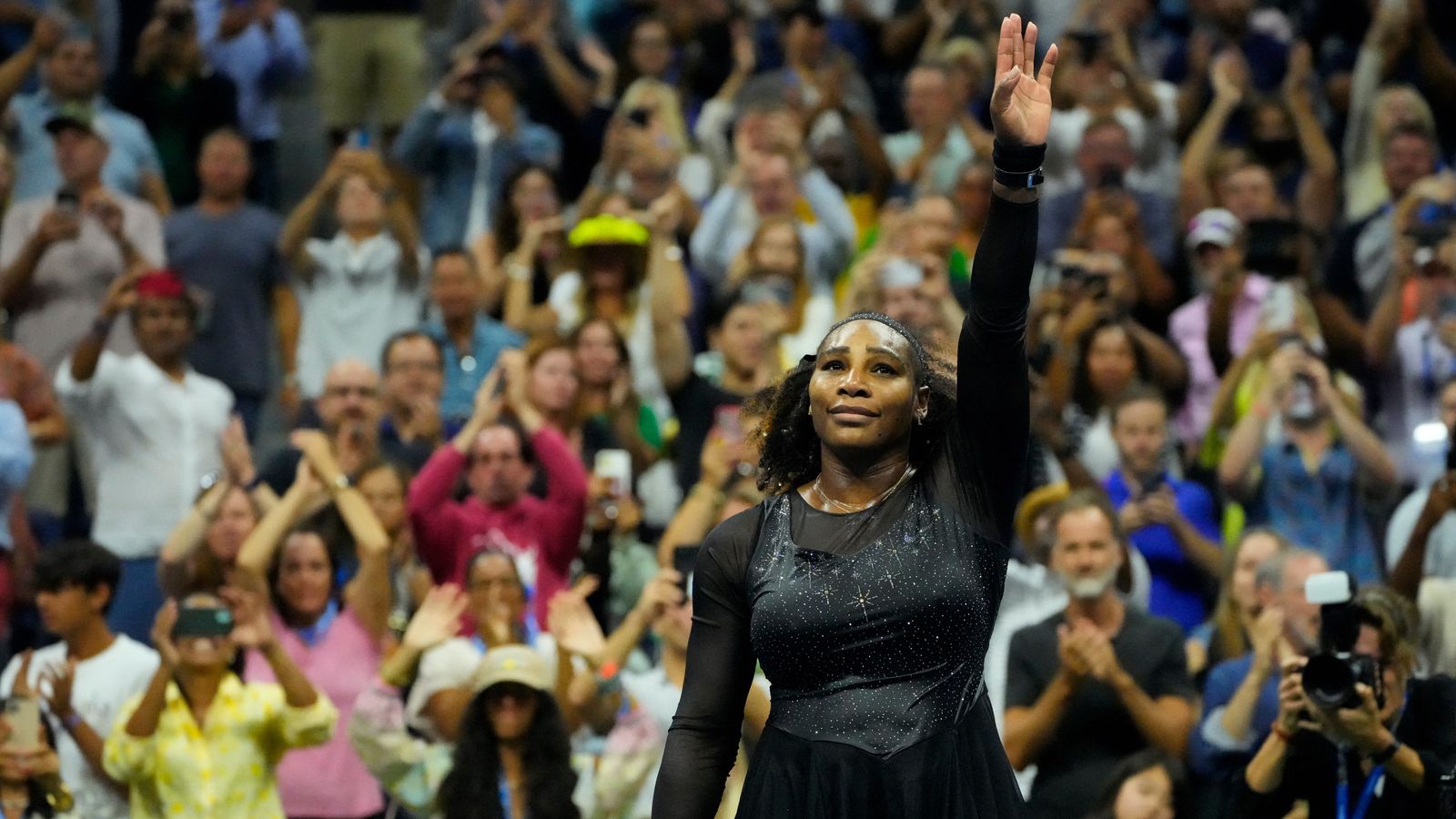 Serena Williams has been knocked out of the US Open, in what may have been the final singles campaign of her career.

The 40-year-old recently announced her plans to retire, declaring she was “evolving away from tennis” and looking to “grow her family”.

Williams had sailed through to the third round after stunning second seed Anett Kontaveit, but she was eliminated on Friday night by 46th-ranked Ajla Tomljanovic 7-5, 6-7 (4), 6-1.

Tomljanovic said afterwards: “I’m feeling really sorry just because I love Serena just as much as you guys do.

“What she has done for the sport of tennis is incredible.

“I never thought I’d have the chance to play her in her last match when I was a kid watching all those finals.”

Williams, who played her first professional tennis match in 1995 at the age of 14, walked calmly to the net after the game, waving to all side of the stadium while Tina Turner’s hit Simply The Best was played over the loudspeakers.

Addressing the crowd through tears, she said: “Thank you so much, you guys were amazing today.

“Thank you daddy, I know you’re watching. Thanks mom.

“I just thank everyone that’s here, that’s been on my side for so many years, literally decades.

“But it all started with my parents and they deserve everything, so I’m really grateful for them.

“And I wouldn’t be Serena if there wasn’t Venus, so thank you Venus. She’s the only reason that Serena Williams ever existed.”

Asked whether there could be another chapter, Williams added: “I mean I’m literally playing my way into this and getting better.

“I should have started sooner this year.