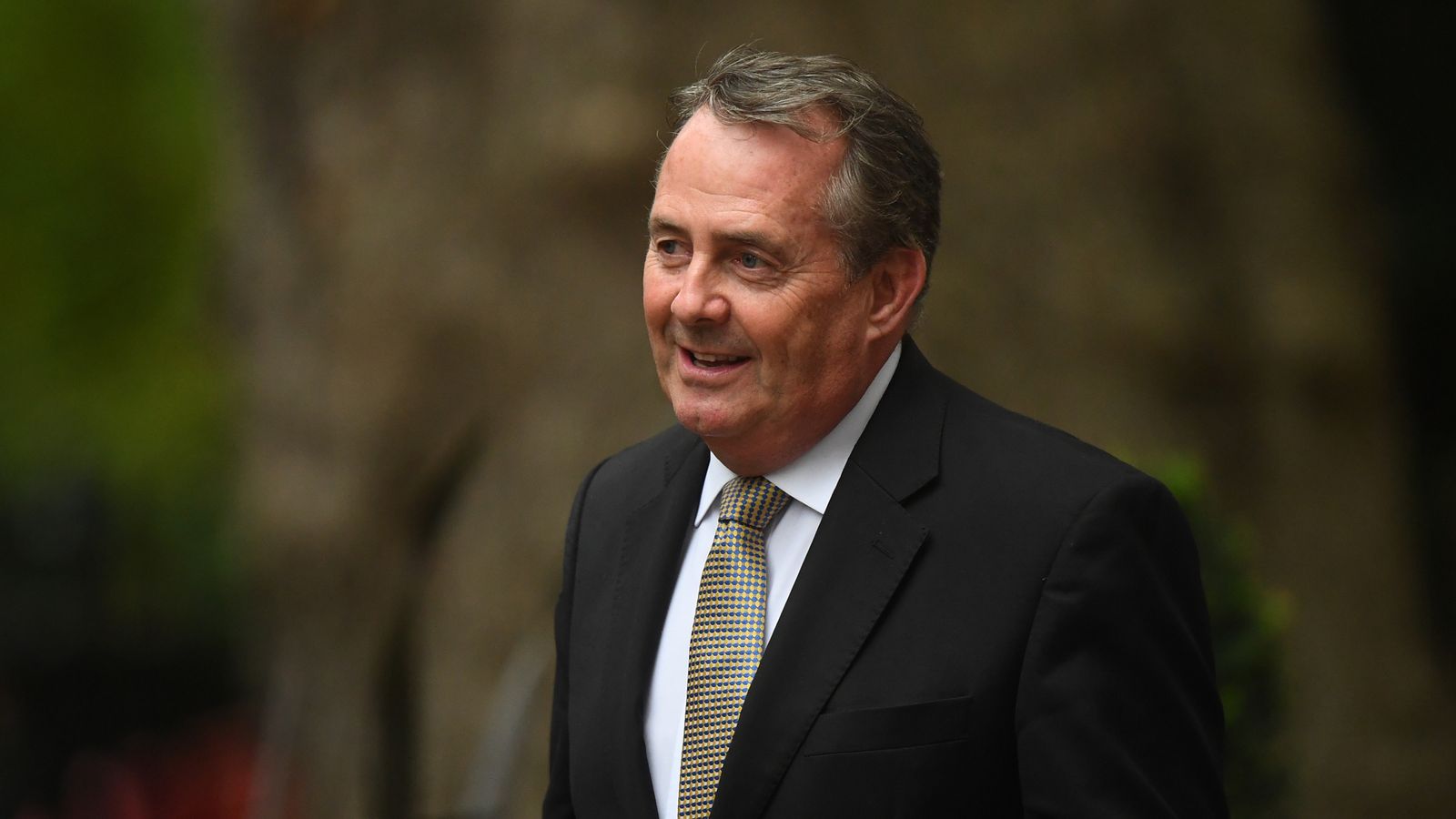 Former Tory minister Liam Fox has strongly denied any wrongdoing after receiving a donation from a COVID testing firm he recommended to the government during the pandemic.

Dr Fox included an email to him from the firm’s director, David Campbell, appealing to “proceed with government approval in the UK”, before the MP added: “Would it be possible to send this on to PHE [Public Health England] and ask them to be in touch with the company.

“As we enter the next phase I don’t think the British people would understand or approve of the widespread export of this capability when we will have a huge need at home.”

Seven months later, SureScreen went on to be awarded a contract worth £500m by the Department of Health and Social Care (DHSC) to supply a different test, showing if there was a current infection – though it is not clear if this was a result of Dr Fox’s email.

And according to its accounts, SureScreen’s parent company posted profits before tax of £67.2m for the year ending May 2021.

In July 2022, Dr Fox declared in the Register of Members’ Interests that he had received a donation of £20,000 a month earlier from the same company.

The email was obtained by the Good Law Project – which has taken multiple legal actions, to varying degrees of success, against the government over its use of emergency powers to make deals with firms without opening them to competition – after a Freedom of Information Request first reported by the BBC.

“How many times do corporates need to give money to Tory MPs after getting help winning vast public contracts before concluding we have a cash for contracts problem,” he said.

“We know perfectly well what we’d call conduct like this if we saw it happening in another country.”

But a spokesperson for Dr Fox told Sky News: “This is a baseless smear concocted by the political activist Jolyon Maugham and the Good Law Project. It is appalling that this should be propagated by the BBC.”

They added the Tory MP would be making a formal complaint to the BBC and was “taking legal advice on the matter”.

‘This uncovers people working together’

In a statement to the BBC, SureScreen said the donation was made to Dr Fox’s office, rather than the MP personally, and was made by one of the directors of the business.

“This donation was specifically to support a series of events which include education talks from expert guests,” the firm added. “The payment is not connected in any way to lobbying.”

A spokesman for Mr Hancock also strenuously denied any wrongdoing, and said he was not responsible for signing off any contracts when health secretary.

“All DHSC contracts are decided, priced and signed off by the civil service, who are independent of Mr Hancock,” he added.

“If Mr Hancock received an email about expanding testing, of course he would have acted on it irrespective of the source. Not to do so would have been completely irresponsible.

“Remember, what was happening at the time was a national effort to expand testing, and all this uncovers is people working together to save lives.”

A Department of Health and Social Care spokesperson said: “All testing suppliers – including SureScreen Diagnostics – were evaluated before contracts were awarded, in line with stringent procurement regulations and transparency guidelines.

“Tests supplied by the UK government also underwent a rigorous scientific evaluation process before distribution to make sure they were highly effective at detecting COVID-19.”

Russian journalist explains what Russians are thinking about Putin’s war
New audio released of Alex Murdaugh’s interview with investigators
Russia and China are ahead of US in hypersonic missile technology. Here’s why
‘We believe Nicola sadly fell into river’
Dog walker died from ‘multiple penetrating bites to neck’