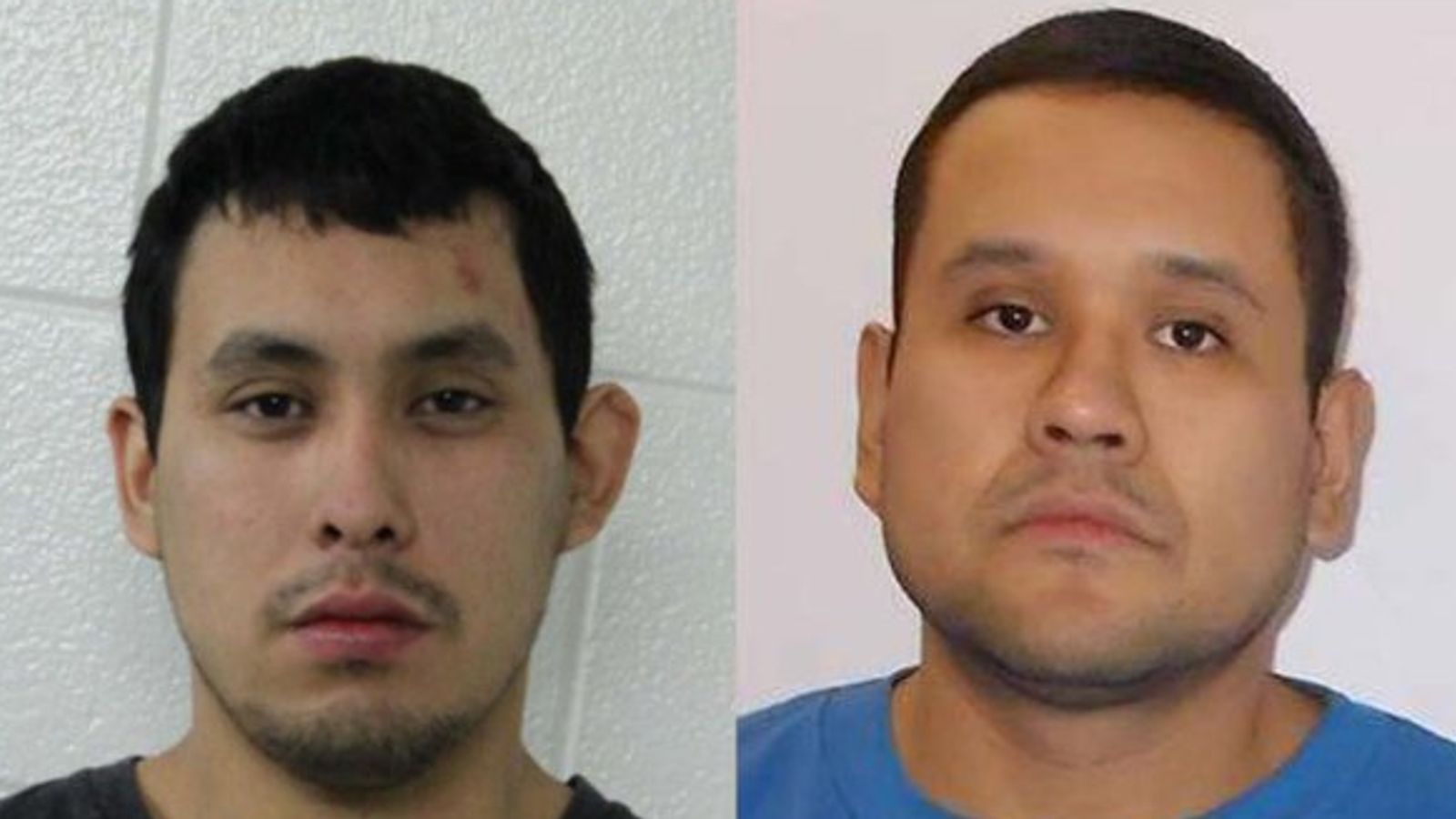 Ten people have been killed and at least 15 others injured after mass stabbings in an indigenous community in the Saskatchewan province of Canada.

Officers are hunting for two suspects, Damien Sanderson and Myles Sanderson, who it is believed are travelling in a black Nissan Rogue.

Some of the victims appeared to have been targeted, while others were attacked randomly, police say, adding there may be additional injured victims who transported themselves to various hospitals.

Canadian Prime Minister Justin Trudeau described the incidents as “horrific and heartbreaking” while the province’s premier, Scott Moe, tweeted he had no words to “adequately describe the pain and loss caused by this senseless violence”.

According to local media, a mother-of-two was among the dead.

A statement by indigenous leaders indicated the attacks may have been drug related.

“This is the destruction we face when harmful illegal drugs invade our communities,” said Federation of Sovereign Indigenous Nations. The group represents 74 First Nations in Saskatchewan.

The incident, which ranks among the deadliest mass killings in modern Canadian history, is certain to reverberate throughout the country, which is unaccustomed to bouts of mass violence more commonly seen across the southern border in the United States.

The Saskatchewan Health Authority said patients were being treated at several sites.

“A call for additional staff was issued to respond to the influx of casualties,” authority spokeswoman Anne Linemann said.

Mark Oddan, ambulance service spokesman, said two helicopters were dispatched from nearby Saskatoon, Saskatchewan and another from Regina, following the stabbings at the indigenous community of James Smith Cree Nation and in the nearby village of Weldon.

The public was warned to take “appropriate precautions”.

“Do not leave a secure location. Use caution allowing others into your residence. Do not approach suspicious persons. Do not pick up hitch-hikers,” police said.

The search area was crowded as fans had descended on nearby Regina for a sold-out bank holiday Canadian Football League game.

One of the teams scheduled to play, the Saskatchewan Roughriders, said additional security and law enforcement officers had been deployed to the game’s venue, the Mosaic Stadium.

The Regina Police Service said with the help of the Mounties, they were working on several fronts to arrest the suspects and had “deployed additional resources for public safety throughout the city, including the football game”.