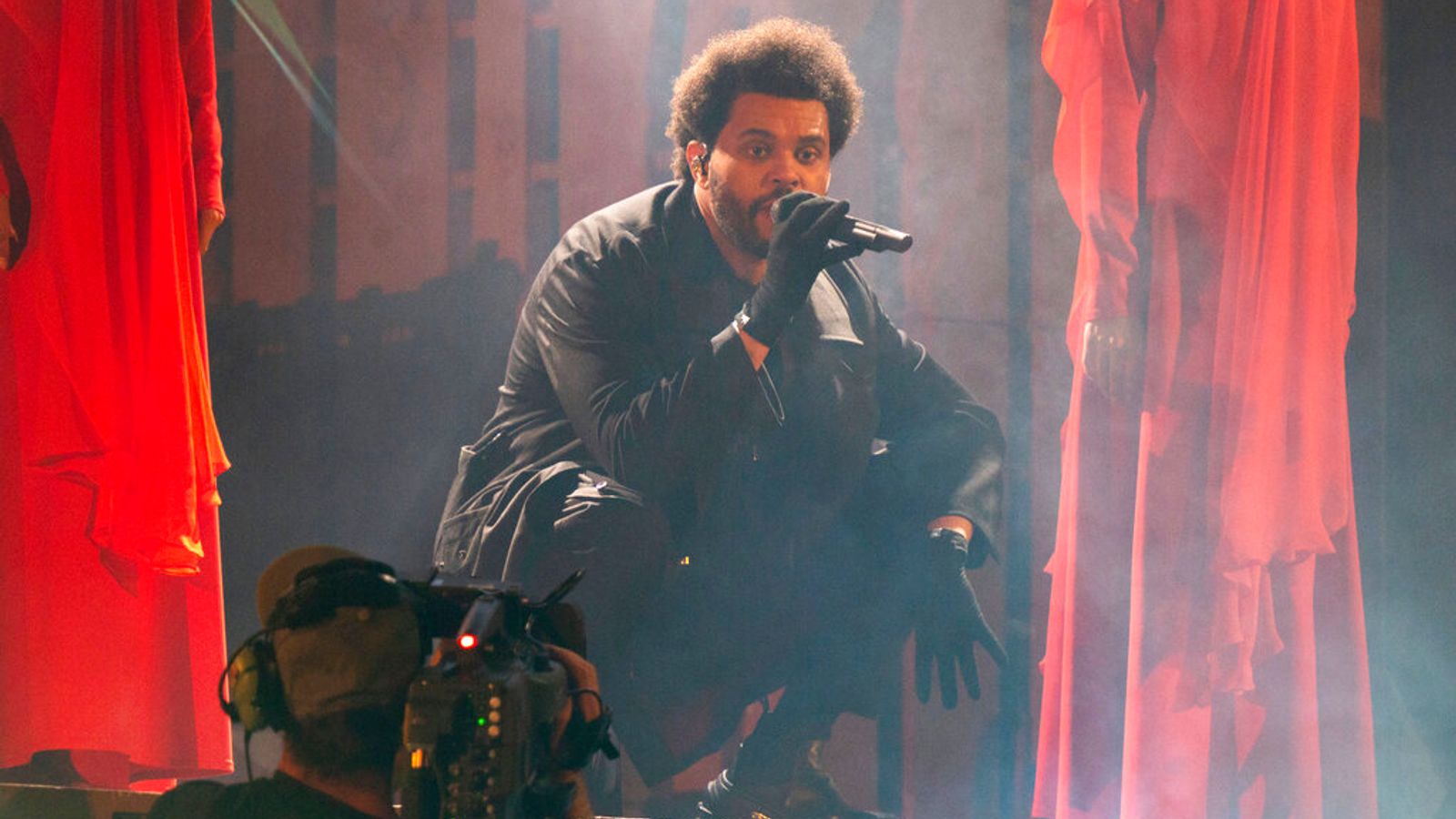 The Weeknd has apologised for cancelling a concert near Los Angeles on Saturday evening after he lost his voice early into the set.

The Canadian musician took to the stage at the SoFi Stadium in Inglewood, California as part of his “After Hours til Dawn Tour”.

But midway through the song, Can’t Feel My Face, he halted his set and walked off the stage, before returning to tell the stunned audience he had to “stop the show”.

“I can’t give you the concert I want to give you right now,” he continued.

The singer-songwriter, whose real name is Abel Makkonen Tesfaye, said he wanted to make sure everyone got their money back, adding he would put on another show “real soon”.

“I want to come out and personally apologise, I’m so sorry, I love you guys so much,” he told the crowd.

Fans tweeted how he appeared on the “verge of tears” as he exited the stage.

More on The Weeknd

Later, the 32-year-old posted a message on his social media channels apologising to fans, telling his 16.6 million Twitter followers: “My voice went out during the first song and I’m devastated.

“Felt it go and my heart dropped.

“My deepest apologies to my fans here. I promise I’ll make it up to you with a new date.”

Furious fans questioned how the Blinding Lights singer was able to give his speech if his voice had gone.

One posted on Twitter: “His voice sounded perfectly fine giving that announcement.

“He sang a lot of the show and it sounded fine. So you’re telling me there’s no way he could have pressed through it? That’s ridiculous.”

But others criticised audience members for booing the musician and insisted he deserved the support of his fans.

One said: “These so-called ‘fans’ are too entitled. Hope Abel has a fast recovery.”

Another added: “That was heart-breaking to watch. He looks so sad and people are being rotten.”

The Weeknd’s hit song Save Your Tears was the fourth best-selling single of 2021, following two musical offerings by Olivia Rodrigo with Ed Sheeran topping the list with Bad Habits.

Meanwhile Blinding Lights, which went viral on TikTok, went on to knock Chubby Checker’s The Twist off the top of Billboard’s all-time greatest song chart.

According to his tour website, The Weeknd is next due to appear at the Rogers Centre in Toronto on 22 September.

There are no details yet for a rescheduled Los Angeles show.