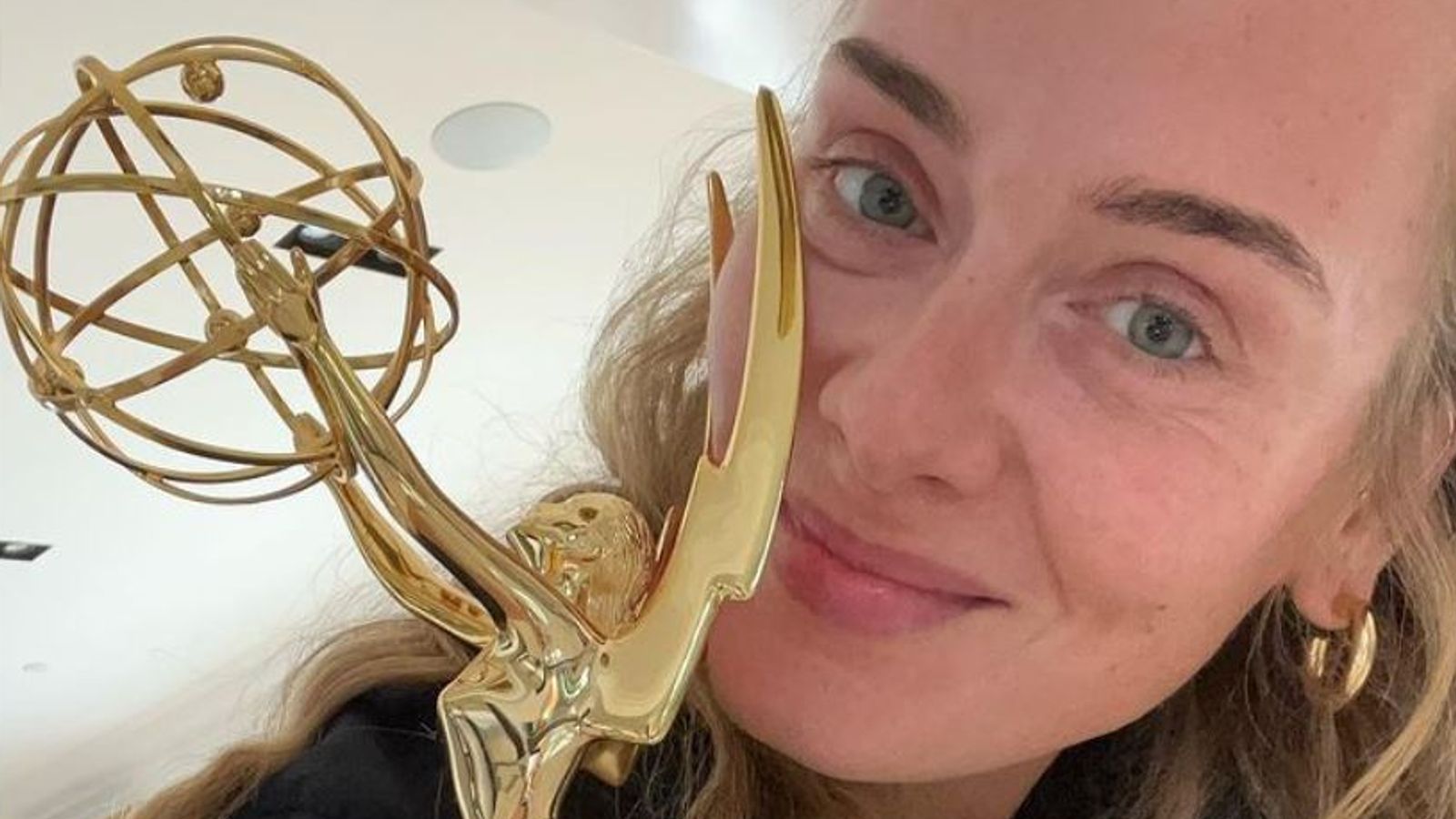 Adele has won her first Emmy, picking up the prize for a TV concert special that was broadcast ahead of the release of her latest album.

One Night Only won the Emmy for best outstanding variety special (pre-recorded) at the Creative Emmy Awards on Sunday night, held ahead of the main Primetime Emmys ceremony next week.

It adds to the singer’s 15 Grammy wins and her Oscar for the James Bond theme Skyfall. Now, she just has to get involved in Broadway theatre to be in with a chance of the EGOT – perhaps a difficult ask for most, but this is Adele we’re talking about.

EGOT status refers to performers who have won all four major entertainment awards – an Emmy, Grammy, Oscar and a Tony.

Sharing a photo of her trophy with fans on social media, Adele thanked producer Ben Winston for getting the award to her, writing: “Bloody hell I’m pleased as punch!” Thank you @mrbenwinston for dropping this round to me this afternoon!!

“Trust me to officially have an EGO 🤣 Thank you so much @televisionacad, I’m so so honoured to receive this. Big up to everyone involved. @griffithobservatory thank you for letting me sing up on your mountain and big love to all the other nominees x.”

Jennifer Hudson became only the 17th star to achieve EGOT status in June, winning a Tony award for her role as a producer for the musical A Strange Loop.

Lord Lloyd Webber, Rita Moreno, John Legend and Whoopi Goldberg are among the other performers to lay claim to the accolade.

Adele’s One Night Only special aired in November 2021 just before the release of her acclaimed fourth album, 30.

It featured songs from a performance at the Griffith Observatory in Los Angeles, interspersed with an interview by Oprah Winfrey.

One Night Only’s director, Paul Dugdale, also picked up the Emmy for outstanding directing for a variety special, while the programme also won awards for lighting, camera work and sound mixing.

Other winners included Barack Obama, for his work on the Netflix documentary series, Our Great National Parks.

Mr Obama took home the prize in the outstanding narrator category, seeing off competition from Kareem Abdul-Jabbar for Black Patriots: Heroes of the Civil War, Sir David Attenborough for The Mating Game, W Kamau Bell for We Need to Talk About Cosby and Lupita Nyong’o for Serengeti II.

The late Chadwick Boseman was also awarded posthumously for his voicing of Black Panther character T’Challa on the Disney+ series What If…?

The Creative Arts Emmys precede the main Emmys ceremony, which will take place next Monday in Los Angeles and air on NBC.

No 10’s defence of Dominic Raab bullying allegations under scrutiny
‘He didn’t just break the law he broke my heart’: Navy veteran on George Santos
Putin’s threat over Western arms supplies
‘We believe Nicola sadly fell into river’
See what happened when Jordan Klepper went to a Trump campaign event