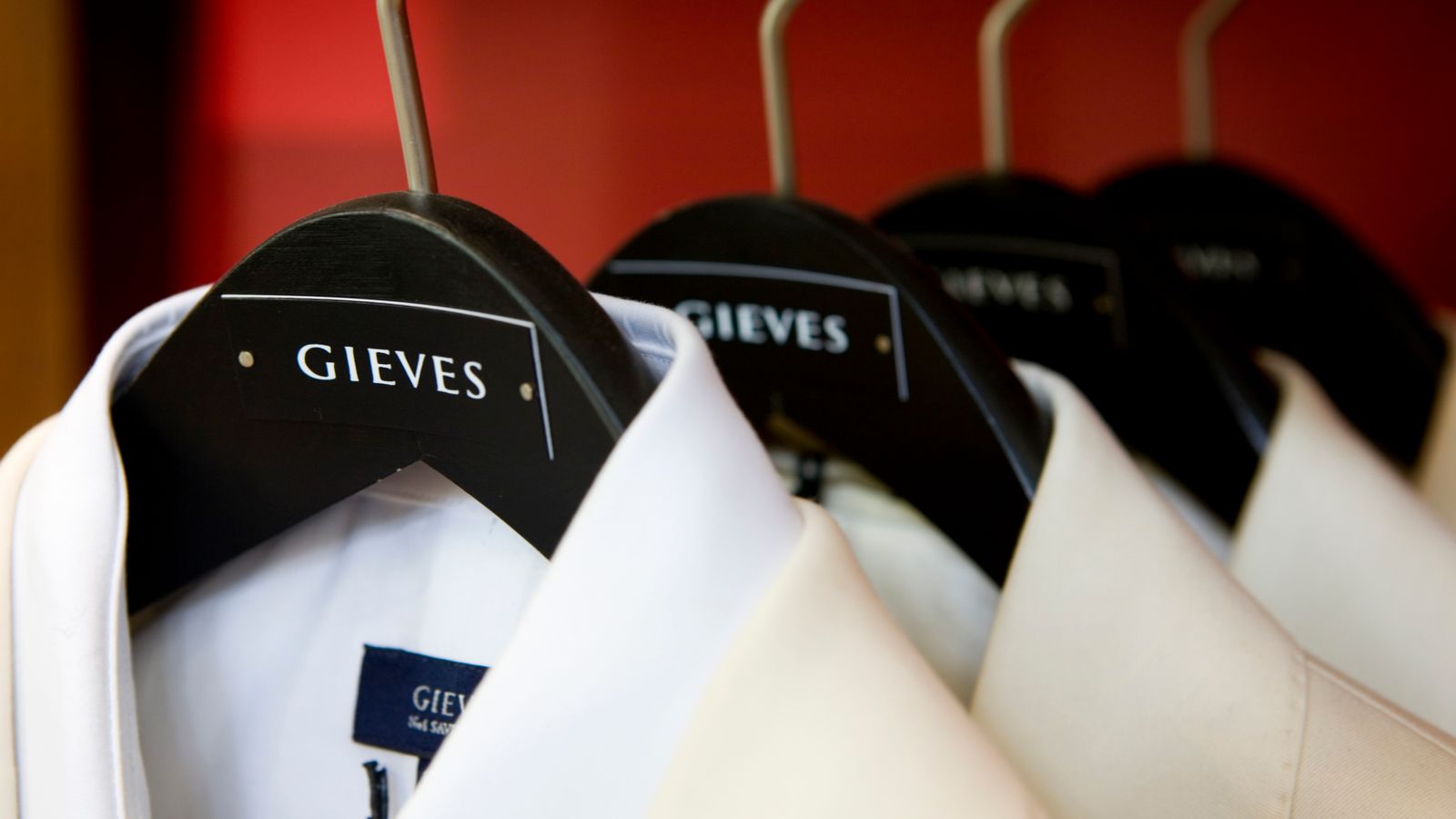 Mike Ashley, the high street tycoon who has snapped up some of Britain’s best-known retailers, is plotting a takeover of Gieves & Hawkes, the historic Savile Row tailor.

Sky News has learnt that Mr Ashley’s Frasers Group is among a handful of bidders vying for control of the brand, which is being sold after its Hong Kong-based owner collapsed into liquidation.

Retail industry sources said this weekend that Frasers and a small number of other parties were expected to lodge revised bids for Gieves & Hawkes this week.

Formed in its current guise in 1974, the respective histories of the Gieves and Hawkes tailoring labels date back to 1785 and 1771 respectively.

Savile Row, which for centuries has been synonymous with high-quality men’s formalwear, has endured a tough period, with the pandemic’s impact on working habits impacting demand for bespoke suits.

Gieves & Hawkes has held royal warrants for the late Her Majesty Queen Elizabeth II, as well as King Charles III and the Duke of Edinburgh.

It has dressed some of the most important figures in English history, including Sir Winston Churchill and Lord Nelson at the Battle of Trafalgar in 1805.

Based at 1 Savile Row, the brand has been part of Trinity Group – which is in turn owned by the collapsed Shandong Ruyi Technology Group – since 2012.

For the previous decade, it was owned by a subsidiary of Hong Kong-based Wing Tai Properties.

Mr Ashley’s presence in the auction of Gieves & Hawkes is unsurprising given his propensity to explore bids for many of the UK retail assets which get put up for sale.

In June, it snapped up Missguided, the troubled online fashion retailer, in a £20m deal.

FTI Consulting, is handling Shandong Ruyi’s liquidation and the sale of Gieves & Hawkes.

Daniel Chow, one of the liquidators, was quoted in July as saying: ‘Gieves has a solid foundation and a reputable name.

“We are confident we will find the right partner who can bring its expertise and resources to help drive future growth, maximise its value and take it to the next level.”

The identities of the other bidders for Gieves & Hawkes was unclear on Sunday.