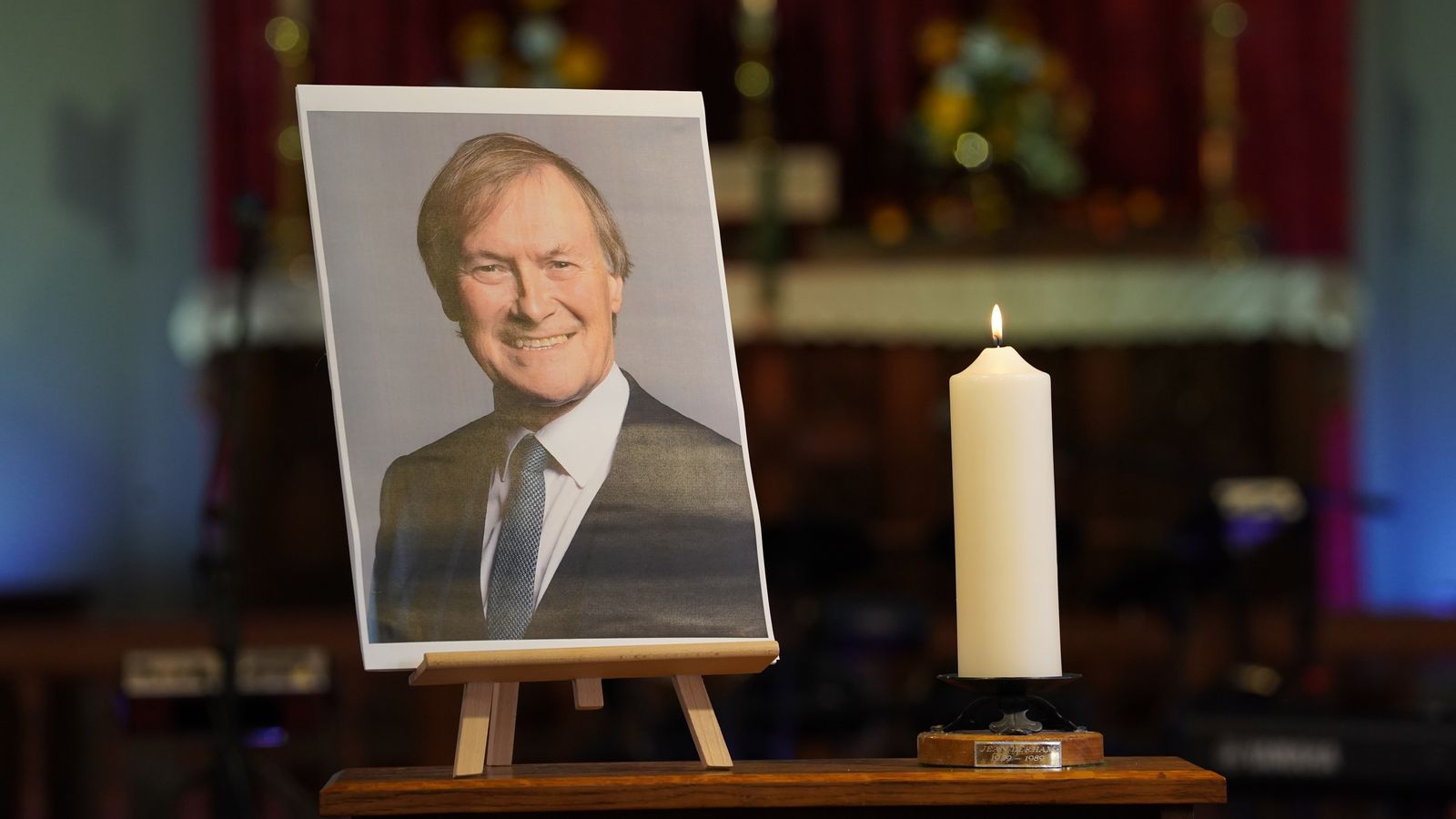 A requiem mass will be held at Westminster Cathedral later this morning in memory of Sir David Amess.

The mass will be presided over by Cardinal Vincent Nichols and a message from Pope Francis will be read out.

Sir David, a devout Catholic, will be buried in a private ceremony afterwards.

It comes a day after the Southend West MP was mourned during a private service at St Mary’s Church in Prittlewell, Essex.

The father of five was stabbed to death while holding a constituency surgery at Belfairs Methodist Church in Leigh-on-Sea on 15 October.

During 38 years as an MP, Sir David was known as someone who fought for his constituents and for Southend, which he campaigned to be designated as a city – a wish granted after his death.

Mr Francois said in a eulogy: “Our electors employ us to represent them in a contract renewable every few years.

“We work for them and not the other way around, and no-one was ever more conscious of that than David Amess.

“Whatever one thinks of members of parliament, and opinions do vary, in my experience MPs of all parties do genuinely try and help other people.

“However, collectively in recent years we have perhaps not always helped ourselves, and I humbly suggest today that we need to learn from that.

“But, boy, did David Amess honour the contract with his employers – and in his own inimitable style.”

He added: “Whatever the weaknesses of parliament, David Amess was the living embodiment of all its strengths.”

Mourners lined the streets as Sir David’s coffin, draped in a Union Flag, was carried by pallbearers from Southend Fire Service.

The coffin was borne on a horse-drawn hearse for a procession through Southend, pausing in front of the civic centre, where hundreds of people gathered to pay their respects, many of them applauding.

Russia and China are ahead of US in hypersonic missile technology. Here’s why
Trump’s Mar-a-Lago search warrant cites 3 criminal laws. Here’s what we know
Police search around-the-clock for suspect in brutal kidnapping
What we know about Nicola Bulley’s disappearance
Memphis ‘Scorpion Unit’ under scrutiny after Tyre Nichols’ death