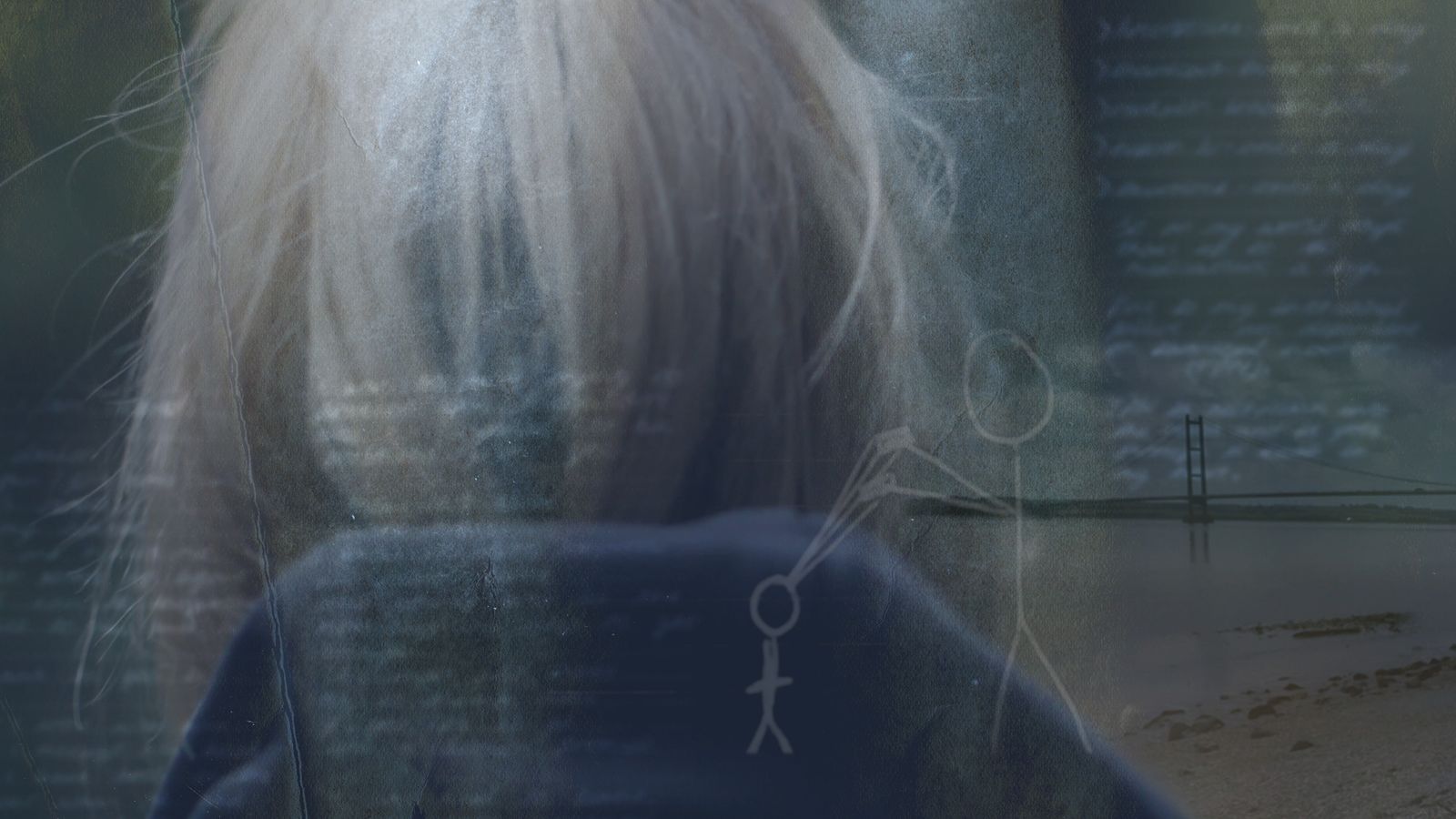 An alleged victim of a Hull grooming gang has told how she was bitten, beaten and burned during a violent rape – and that police and her school had concerns she was being abused but failed to stop it.

The teenage girl’s mother was so worried after her daughter repeatedly went missing with the men that she placed a tracker in her bag.

She is the second young woman to tell Sky News of her ordeal at the hands of grooming gangs allegedly still at large in the East Yorkshire city.

The first woman, Sarah (which is not her real name), previously told how she was raped by around 150 men from the age of 13. 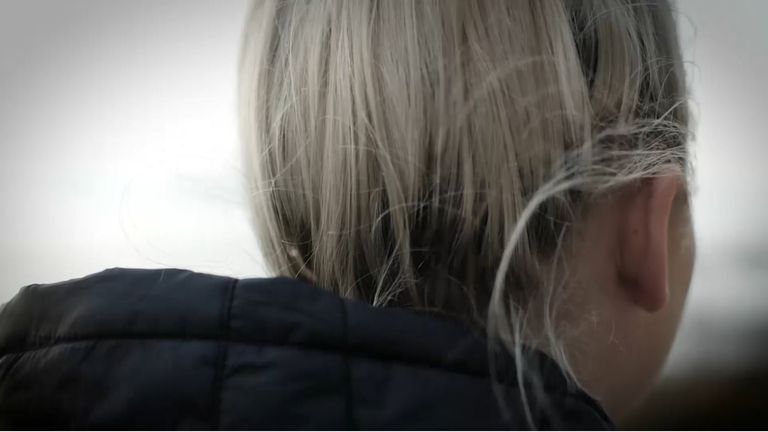 Sky News has been given exclusive access to diaries and other documents that appear to support the claims of the second alleged victim, Anna (also not her real name).

Both Sarah and Anna have accused at least one of the same men of rape.

A two-year investigation by Humberside Police stalled after officers concluded there was not enough evidence to take the case to court.

But after seeing the evidence gathered by Sky News, former police chief Jim Gamble said it was “time to declare war” on criminals getting away with “rape by appointment”.

The dossier of evidence compiled by Anna includes her teenage diary, the account of her school welfare officer and images of bruising and strangulation, which she says was caused by her abusers.

Anna’s diary, which was seized by police but later given back to her, appears to offer insight into the world of a young abuse victim.

“I feel like I’m living a double life,” she wrote.

“Normal Anna spends time with friends and family and goes out. A normal teenager – this is the Anna most people see.”

But underneath she tells of a different Anna.

Anna was 16 when the abuse started – so during the police investigation there was a greater need to prove she was coerced by the men.

However, that evidence does seem to exist.

Firstly, she took photos of the bruising on her neck and arms, which match injuries she mentions in her diary.

She also regularly updated her school’s welfare officer who made her own log on what was happening.

Over the course of 18 months there are 290 logs, mostly referring to concerns about child exploitation.

In the logs, Anna constantly refers to the fear she has of the men she is seeing when she goes missing from school.

An extract from 22 January 2019 reads: “Anna had a small red mark on left cheek, I could see blood stains on her left knee.

“She knows what they do is ‘harm’ but she ‘normalises’ it. (She says) If she ignores their calls / messages, then there is more harm.”

In the log, Anna’s teacher notes seeing messages saying: “‘I’ll actually kill you’ and ‘Don’t ignore me’ from a man who works in a local takeaway shop and has been outside school.”

In total, Anna provided more than a thousand pages of evidence which Sky News has shared with Mr Gamble, the former head of the Child Exploitation and Online Protection Centre.

He told Sky News: “Having looked at the information that is there, there is no true consent that I can see. And anyone who just looks at a few of these papers will see that.

It is clear Anna’s school and police had real-time knowledge that she was repeatedly going missing, and there were multiple concerns she was being intimidated and abused yet they seem unable to stop it.

Anna’s mother told Sky News she was so concerned she placed a tracker in her daughter’s bag and would sometimes email the police with information about where she was.

She said on one occasion Anna was picked up by police in the company of older men and the family received threats when her daughter started resisting the gang.

“We’ve had the odd few cars outside the house, with Asian men actually looking in,” Anna’s mother said.

“And they’ve messaged Anna saying: ‘I’m outside your house’, which was quite frightening for Anna as well as myself.”

Anna’s mother said she also saw threatening Snapchat messages including one that read: “If you don’t come with us tonight, you s**g, I will do whatever to you, or I will kill your parents”.

“There was just a lot of threatening messages, very nasty messages towards Anna,” she added.

The abuse is first logged in an entry in Anna’s diary on 1 November 2018, when she describes a violent sexual assault from someone she says was an older boy at school.

She continued: “Rape… I can’t write anymore yet, too fresh.”

After this, a group of different older men seem to take control of her life.

She was contacted with explicit requests and her account tells of a man taking her to a forest, strangling her and threatening to kill her.

Anna told Sky News: “The main thing that was in my head was if I don’t do this something worse is going to happen. So, I’ll have to go.

“I felt I was protecting my family by going back. And it’s just the whole cycle you’re in, it’s hard to get out of.

“When you’re so far into it, you’re just normalised to it

“When no-one’s offering you help, you kind of think ‘well it can’t be that bad if no one’s bothered’.”

Her frustration comes off the page of her diary in emotions, poems, lists of days when she is missing or abused and graphic accounts of the attacks.

Amid notes about school homework, there are thoughts like this: “Today in science class I learned every cell in our body is replaced every 7 years. How lovely it is to know one day I will have a body you never touched.”

Mr Gamble describes the passage as one of the most powerful things he has read in his career.

He said “We’re almost at the point where we need to declare war on this type of behaviour, we need to say it as a priority.

“It’s not just about exploitation, it is about rape by appointment. It is about brutal individuals who are hurting our children.”

‘I was sold into the sex trade’

The diaries also offer an insight into the brainwashing that is part of the grooming process.

Sometimes Anna thinks the men love her and she expresses concern about them. She seems wired to their control.

Jo Wagstaff, a psychotherapist who has worked with victims of the gangs including Anna, told Sky News: “I think deep down, these girls know that it’s not okay, especially at the point where they’re being hurt.

“In the beginning, I think there is an element that it feels like they’re in a friendship or a relationship, or that they’re loved and cared for by these people. And that that’s very real to them.

“That’s where the brainwashing comes in. In that, ‘actually, I’ve done this for you, and I’ve given you everything’. So now you need to pay me back.'”

Humberside Police have told Sky News that following arrests and the seizure of 150 devices from suspects and after following thousands of lines of inquiry, they have not reached the evidence threshold to take Anna or Sarah’s case to court.

However, they added that if more victims or witnesses come forward, they would be keen to interview them.

In the final report in this series, Sky News will meet Kate – another alleged victim – who it seems was completely off the police radar and has not yet been interviewed by them.

‘We believe Nicola sadly fell into river’
Police search around-the-clock for suspect in brutal kidnapping
Tiny, radioactive capsule went missing. See where it was found
War in Ukraine: ‘This is not where Russia planned to be’
Trump invokes Fifth Amendment in deposition video