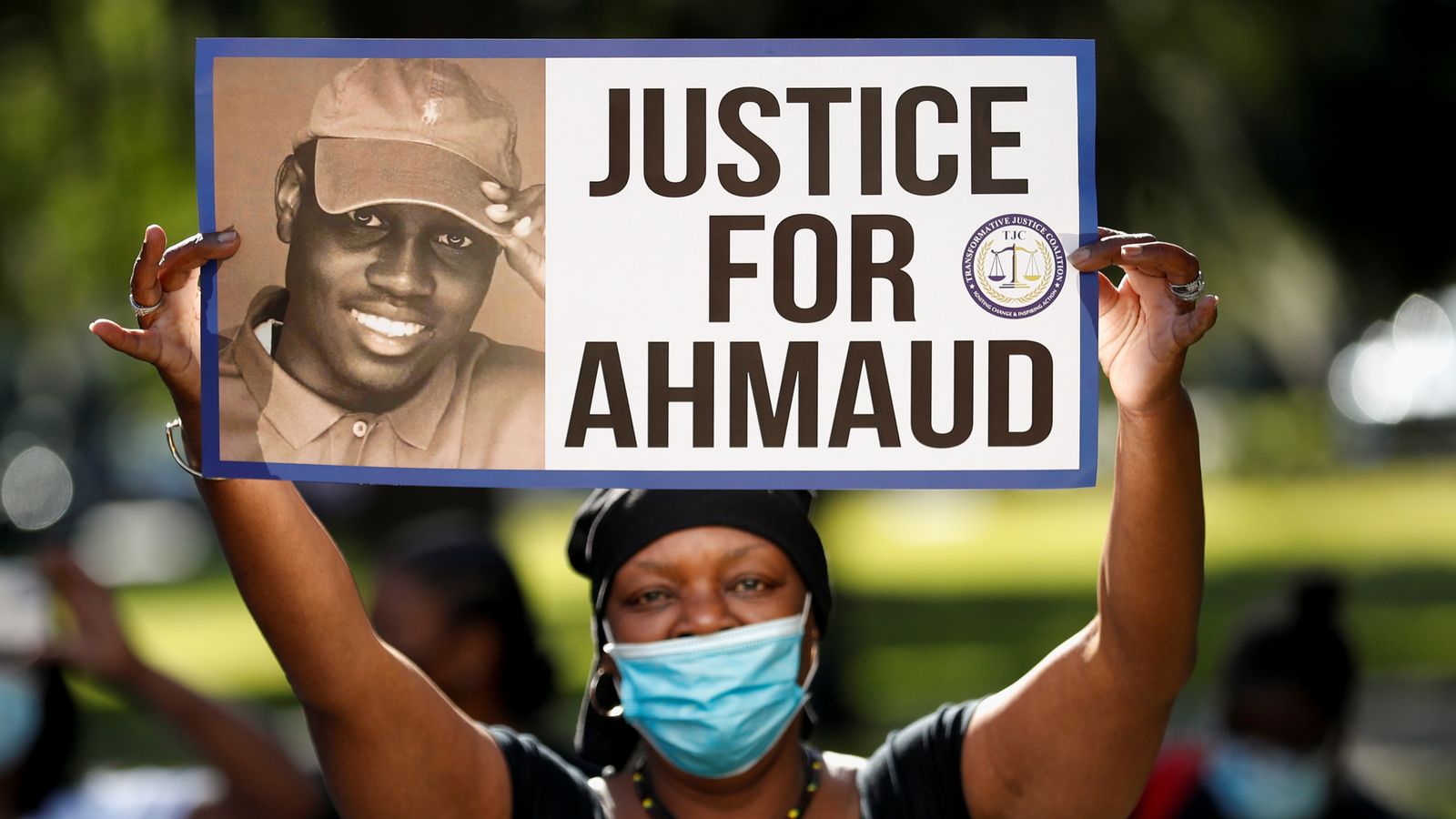 Three white men who chased and shot a black man in Georgia last February have been convicted of his murder.

Ahmaud Arbery, 25, was pursued and cornered by Travis McMichael, 35, his father Gregory McMichael, 65, and their neighbour William ‘Roddie’ Bryan, 52, on 23 February 2020 in Satilla Shores just outside the city of Brunswick.

Mr Arbery was then shot by Travis McMichael.

All three defendants had pleaded not guilty to nine charges each including murder, aggravated assault and false imprisonment for the killing of Mr Arbery who was out running.

As the first of the verdicts was read out in court, one of Mr Arbery’s family members screamed with relief.

He was removed from the court before the remaining verdicts were read out by the judge one by one for each of the three men. 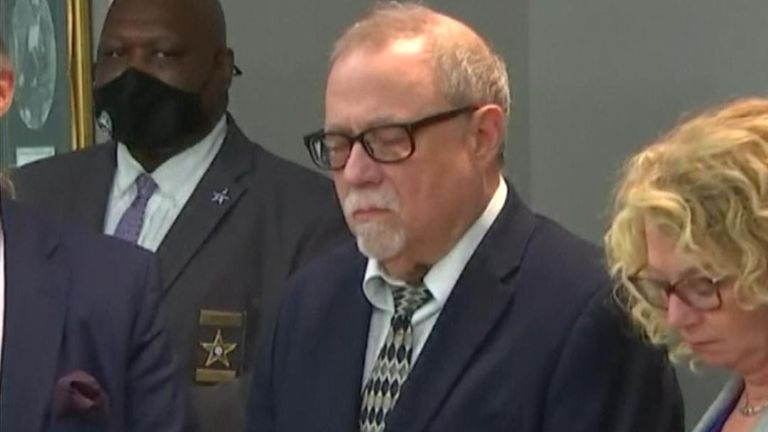 Mr Arbery’s murder was caught on video which had been filmed by the third defendant, Mr Bryan.

He was seen being chased by the three men in two vehicles. After being pursued for about five minutes, Mr Arbery was cornered by the vehicles. He was then shot with a 12 bore shotgun held by Travis McMichael.

The jury had been presented with two different accounts of what had happened. The defence lawyers had argued that their clients had pursued Mr Arbery because they’d seen him entering a house under construction without permission.

It had been argued that he was not a jogger but a burglar. The three defendants had claimed that they had tried to carry out a citizen’s arrest and that Travis McMichael had only opened fire in self-defence after Mr Arbery violently resisted.

“Ahmaud Arbery was not an innocent victim,” the defence attorney had argued.

But the prosecution rejected this account, saying that the men had “penned him in like a rat” and that they had no cause to chase him when he was running through their neighbourhood.

It was argued successfully that citizens arrests require immediate knowledge of a crime. Trespass is a misdemeanour, not a felony and no evidence was ever presented to show that Mr Arbery had stolen anything.

Mr Arbery’s family lawyers said that the three men who chased and killed him were a “posse who performed a modern lynching in the middle of the day”.

At the time of the murder, then-President Donald Trump had commented on the case saying: “My heart goes out to the parents and the loved ones of the young man.”

President Joe Biden had said that “the video is clear: Ahmaud Arbery was killed in cold blood.”

At the time, the police did not arrest the three men and no charges were brought. They were only arrested months later.

Travis McMichael, who fired the weapon, was found guilty of all charges – one count ‘malice murder’, four counts of felony murder, two counts of aggravated assault, one count of false imprisonment and one count of a criminal attempt to commit a felony.

His father, Gregory McMichael was found not guilty of the malice murder charge but guilty of all the other charges.

Outside court, referring to the jury, civil rights activist, Rev Al Sharpton said: “A jury of eleven whites in court said that black lives DO matter… All whites are not racist and all blacks are not worthless.”

Following the guilty verdicts, Mr Biden said: “Ahmaud Arbery’s killing – witnessed by the world on video – is a devastating reminder of how far we have to go in the fight for racial justice in this country.

“Mr Arbery should be here today, celebrating the holidays with his mother, Wanda Cooper Jones, and his father, Marcus Arbery.

“Nothing can bring Mr Arbery back to his family and to his community, but the verdict ensures that those who committed this horrible crime will be punished.

“While the guilty verdicts reflect our justice system doing its job, that alone is not enough. Instead, we must recommit ourselves to building a future of unity and shared strength, where no one fears violence because of the colour of their skin.

“My administration will continue to do the hard work to ensure that equal justice under law is not just a phrase emblazoned in stone above the Supreme Court, but a reality for all Americans.

What we know about Nicola Bulley’s disappearance
Russia and China are ahead of US in hypersonic missile technology. Here’s why
Tiny, radioactive capsule went missing. See where it was found
Police search around-the-clock for suspect in brutal kidnapping
Trump invokes Fifth Amendment in deposition video