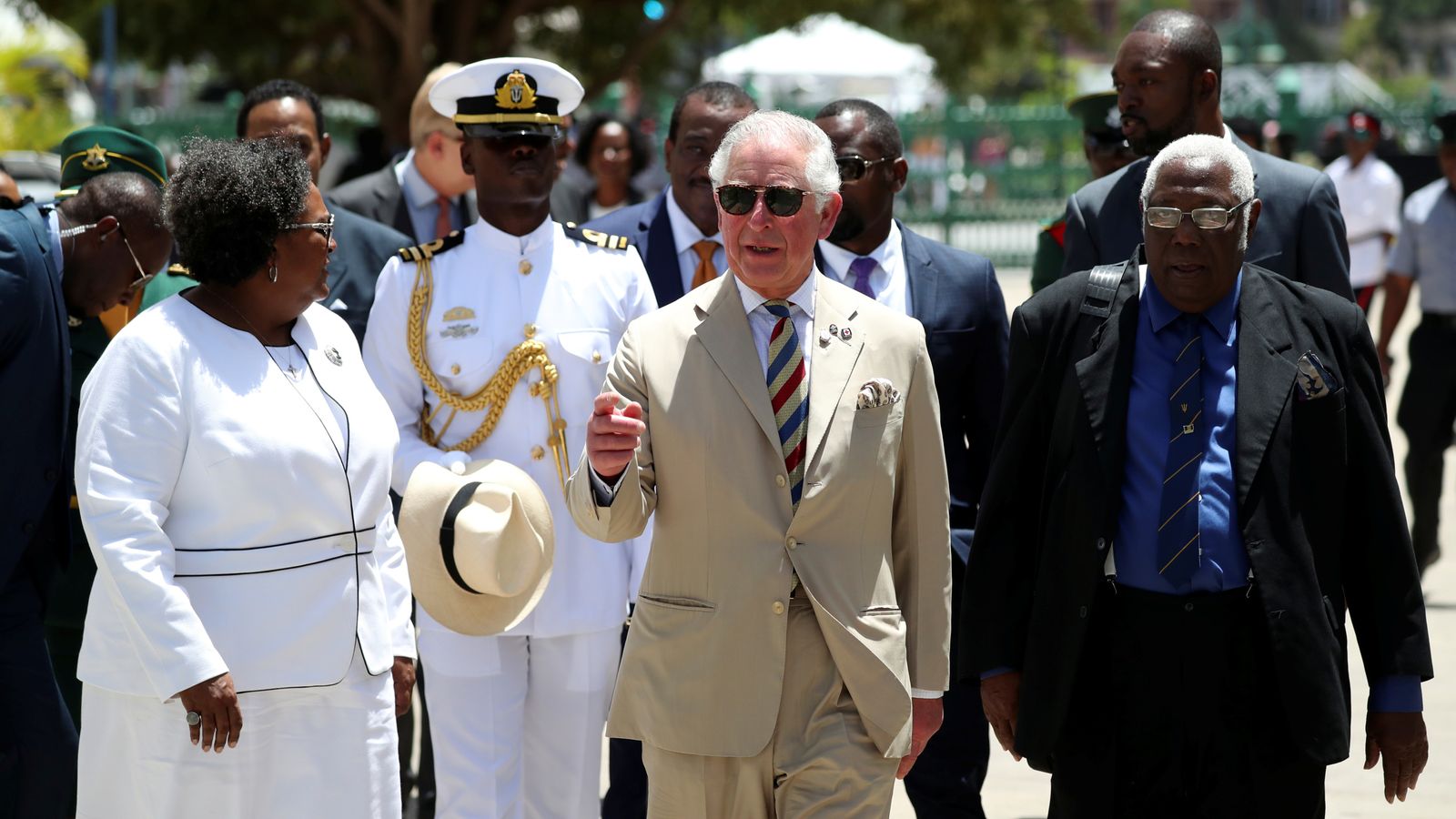 The Prince of Wales will reaffirm the “myriad connections between the people of our countries” as he flies to Barbados for a ceremony to remove the Queen as head of state and transition to a republic.

Prince Charles, who said he believes it is “important” for him to attend the ceremony, arrived in Barbados late on Sunday, following an invitation from Prime Minister Mia Amor Mottley.

The heir to the throne will deliver his address just after midnight as Barbados begins a new chapter in its history on 30 November – the 55th anniversary of independence from Britain.

Prince Charles will say: “As your constitutional status changes, it was important to me that I should join you to reaffirm those things which do not change.

“For example, the close and trusted partnership between Barbados and the United Kingdom as vital members of the Commonwealth; our common determination to defend the values we both cherish and to pursue the goals we share; and the myriad connections between the people of our countries – through which flow admiration and affection, co-operation and opportunity – strengthening and enriching us all.”

It’s understood Prince Charles will reflect on his own personal connection with the country, which he first visited 50 years ago, in his speech.

Barbados’s decision to remove the Queen as head of state will be watched closely by other members of the Commonwealth, especially in the Caribbean region.

Last month, the island elected its first-ever president to replace the Queen.

Sandra Mason, the current governor general or Queen’s representative, will be sworn in as president just before Prince Charles makes his speech.

On announcing the move to become a republic last year, Ms Mason said in a speech: “Having attained Independence over half a century ago, our country can be in no doubt about its capacity for self-governance.

“The time has come to fully leave our colonial past behind.”

Prince Charles will be awarded the prestigious Order of Freedom Independence award at the transition ceremony later.

The honour is given to those who have given extraordinary service to the country, the Caribbean diaspora or to humanity at large.

But David Denny, from the Caribbean movement for Peace and Integration, has described the Prince’s visit as “an insult”, and is calling for reparations to make amends for the slave trade.

Speaking to Sky News, he said: “We called the protests so that Barbadian people could express their solidarity together and demand reparations from the Royal Family, Richard Drax and all of the companies that would have benefitted from slavery.”

He added: “Republic means a lot for the people of Barbados. That’s why I say to you that what is happening on the 30th is just the building of the Republic, where we will have ceremonial changes.

On announcing the trip Clarence House said Prime Minister Mottley invited Prince Charles, as the future head of the Commonwealth, to be a guest of honour at the events celebrating the birth of the new republic.

Barbados, a former colony of the British Empire, gained independence in 1966. But since then it has remained a Commonwealth realm, retaining the Queen as monarch.

It is following other Caribbean nations who have also dispensed with the Queen as their head of state, with Guyana becoming a republic in 1970, Trinidad and Tobago following in 1976 and Dominica two years later.

In recent years Jamaica has also flagged it wants an elected head of state, with Prime Minister Andrew Holness saying it is a priority of his government, but has yet to achieve it.