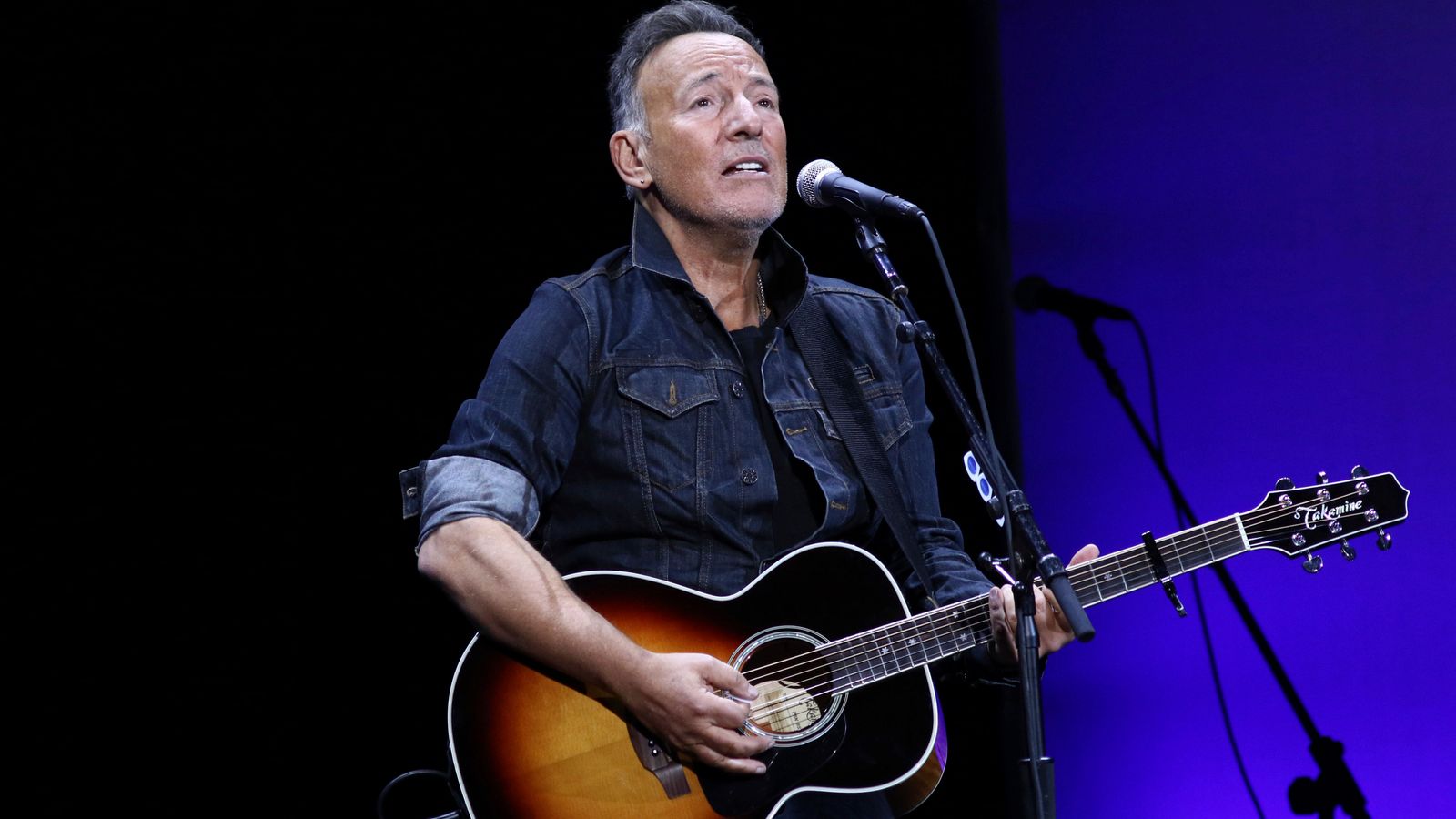 For established musicians of a certain age, it has been a pay-day like no other.

The likes of Neil Young, Bob Dylan and Paul Simon have all, during the last couple of years, sold the rights to some or all of their songs for vast sums of money.

Today, according to reports, Bruce Springsteen has become the latest artist to do so.

According to Billboard, the music and entertainment publication, The Boss has collected $500m from the sale of his back catalogue, including classics such as Born In The USA and Born To Run, to the Japanese giant Sony.

The New York Times reported that it is the biggest transaction ever struck for a single artist’s body of work.

The New Jersey-born star joins a host of other major names in having sold to Sony.

Paul Simon sold his back catalogue of songs, including The Sound of Silence and Mrs Robinson, to the Japanese company in March this year.

That made up for the loss of Bob Dylan, a Sony recording artist for many years, who this time last year sold the rights to all of his songs, including the likes of Like a Rolling Stone and Blowin’ in the Wind, to Universal Music Publishing for $300m.

Other major sales of song catalogues during the last 12 months include that of Tina Turner who, in October, sold her entire back catalogue to German-owned BMG, the world’s fourth-largest music company, for a reported $50m.

Meanwhile, in January, Neil Young sold the rights to half of his songs, including the all-time great Heart of Gold, to Hipgnosis Songs, the London-listed investment firm, for a reported $150m.

Hipgnosis also bought the rights in May to the songs of Red Hot Chili Peppers for a reported $150m.

But the Springsteen sale is by far the most eye-catching so far.

Mr Springsteen, 72, has been a recording artist with Columbia Records, which is owned by Sony Music, for the whole of his of his five-decade career and has until now always controlled the rights to his songs.

No confirmation has come from either the artist or from Sony.

But the New York Times reported: “The arrangement, which has been gossiped about in music industry circles for weeks, includes both Springsteen’s recorded music catalogue and his body of work as a songwriter.

“It will give Sony ownership of Springsteen’s complete collection of classic songs.”

There are a number of reasons why musicians have been selling the rights to their back catalogues at such a rate.

The first is ultra-low interest rates.

It is easy to borrow money relatively cheaply and those buying are confident that they can make a return substantially higher than their borrowing costs by buying up treasure troves of old classics and then exploiting them in films, TV shows, computer games and in advertisements.

Music royalties are also long-lasting because copyright rules mean they can continue to be enjoyed by the rights owner for up to 70 years after the songwriter has died.

This has created a new investment industry.

The big four music companies – Universal Music, Sony, Warner Music and BMG – have been joined by a number of other companies specifically set up to buy and exploit song catalogues.

The biggest and best-known of these is Hipgnosis, founded by Merck Mercuriadis, a former manager of Elton John, Guns N’ Roses, Morrissey and Nile Rodgers – the singer, songwriter and producer and co-founder of Chic, the 70s disco legends.

Mr Mercuriadis floated Hipgnosis on the London Stock Exchange in July 2018, since when its stock market value has risen from an initial £202m to £1.526bn today, the company having issued shares on several occasions in order to raise funds for the acquisition of more song catalogues.

Among those whose works it has snapped up in 2021 include Christine McVie of Fleetwood Mac fame and Carol Bayer Sager, the singer and songwriter behind hits such as A Groovy Kind Of Love, When I Need You and Nobody Does It Better.

It today reported a 35% rise in sales, to £85.3m, for the six months to the end of September – although due to the cost of buying song catalogues and accounting changes related to its existing catalogues, it reported an operating loss of £18m for the period.

The company has also proved more than capable of mixing it with some of the big, established music players – it was reportedly in the running for Bob Dylan’s song catalogue before being beaten to his signature by Universal Music.

Also getting in on the act are some big private equity buyers such as Blackstone and KKR.

As well as low interest rates, another factor driving these deals is the greater availability of data, which buyers say makes it possible to value song catalogues more accurately than was the case in the past.

It means that investors can effectively value a song like a bond – another asset class capable of delivering a predictable income.

The boom in music streaming is also contributing.

Streaming now accounts for a bigger than ever proportion of music industry revenues and, while much has been made of the relatively low incomes from streaming that are received by newer artists, the so-called “heritage” acts are making more because their songs, being more recognisable, are played more.

The ease with which songs can be streamed is also giving a lot of old classics a new lease of life and a new audience.

Also driving the activity is the attitude and age of the artists themselves.

With streaming and downloads having supplanted physical CD sales, they are looking for other forms of income, which would normally involve performing live.

However, this has been denied to artists for most of the last two years, due to the pandemic.

So selling their song rights is one way of making up for lost income – although it is a lever than an artist may only pull once – and this was a reason cited by David Crosby, of Crosby Stills and Nash, when he sold his back catalogue earlier this year.

Some artists may also be more relaxed about selling the rights to their songs than was once the case because they are ready to retire, not wishing to spend the rest of their days flogging around the tour circuit, while also recognising that their audiences are also ageing and may not have the appetite to see live concerts as once they did.

It is also possible that a number of artists have been giving more thought to estate planning.

It is no coincidence that some of the biggest deals this year have involved artists of a certain age: Tina Turner is now 82, Bob Dylan and Paul Simon both turned 80 this year, while Neil Young is now 76.

Some artists, of course, are already dead.

It was recently reported that the estate of David Bowie, who died in 2016 at the age of 69, is in talks to sell his song writing catalogue for up to $200m.

The big question in the eyes of many investors, though, is whether the buyers are over-paying.

It is possible that some of the catalogues being bought will prove less valuable than thought if the audiences with which the songs are popular die out and are not replaced by future generations of fans.

There is, as everyone in the music industry knows, nothing less predictable than the taste of music lovers.

Few would bet against the work of David Bowie being enjoyed centuries hence in the way the work of some classical composers, such as Beethoven, Bach and Mozart, continue to be.

But it is by no means clear that the work of all of the artists now selling their song writing catalogues will enjoy the same longevity.

PMQs: Sky’s Beth Rigby on another ‘uncomfortable’ PMQs for Rishi Sunak
See the chilling video Chinese protester made before her disappearance
Child prodigy may make Grammy history
Man escapes feared Russian agency, reveals what Russian spies are saying
Ex-Trump official reveals the moment he knew his job was at risk