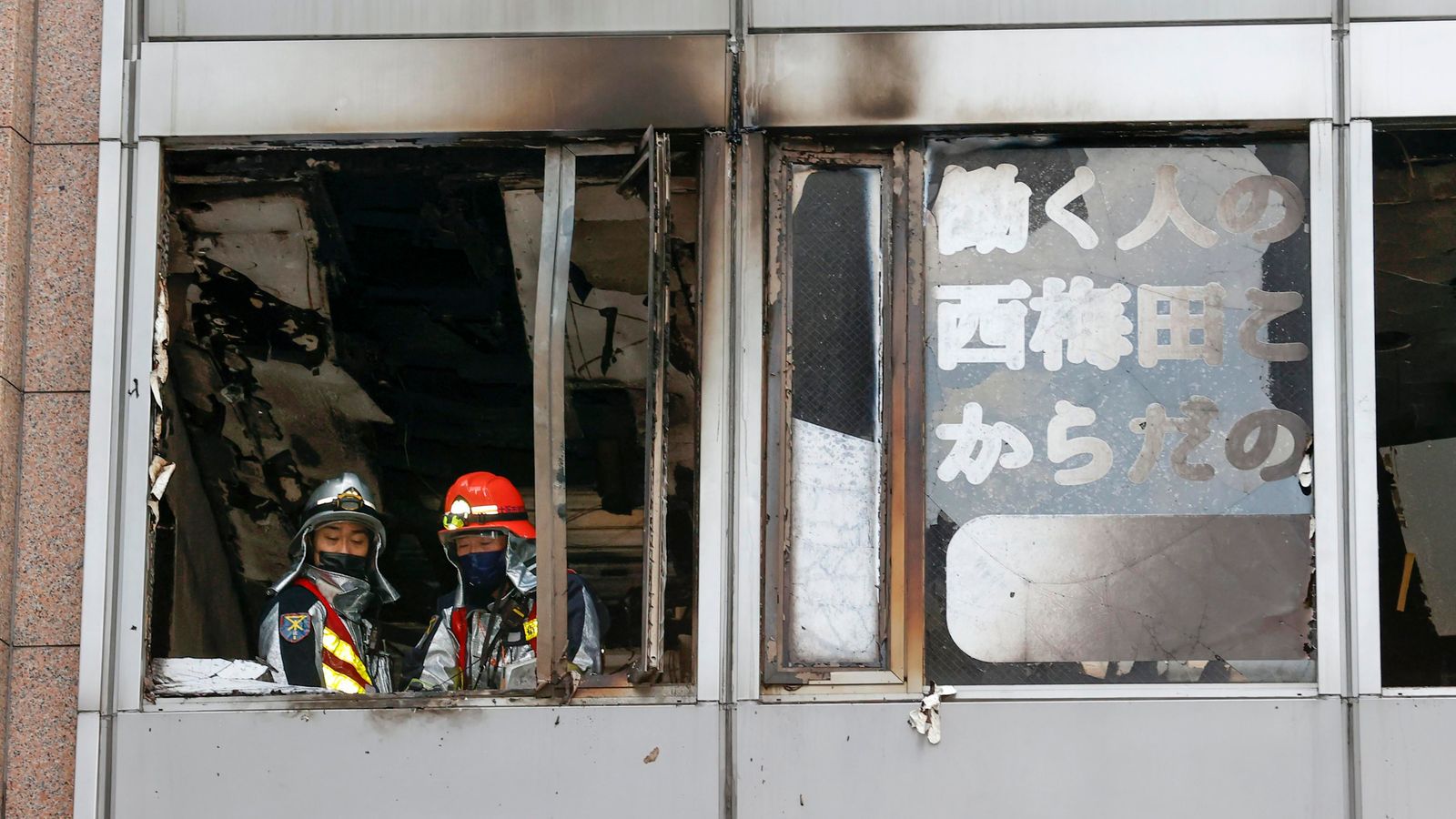 Up to 27 people are feared to have died or been critically injured in a building fire in western Japan.

State broadcaster NHK said the fire broke out on the fourth or fifth floor of an eight-story building in a shopping and entertainment area in the city of Osaka.

It said the victims were found in a state of heart or lung failure.

The blaze was mostly extinguished after 30 minutes according to local media.

It is not yet known what caused the fire.

Trump invokes Fifth Amendment in deposition video
See what happened when Jordan Klepper went to a Trump campaign event
Nicola Bulley disappearance: ‘Has the phone been left as a decoy?’
Priscilla Presley contests validity of Lisa Marie Presley’s will
Why is the UK economy predicted to perform so badly?