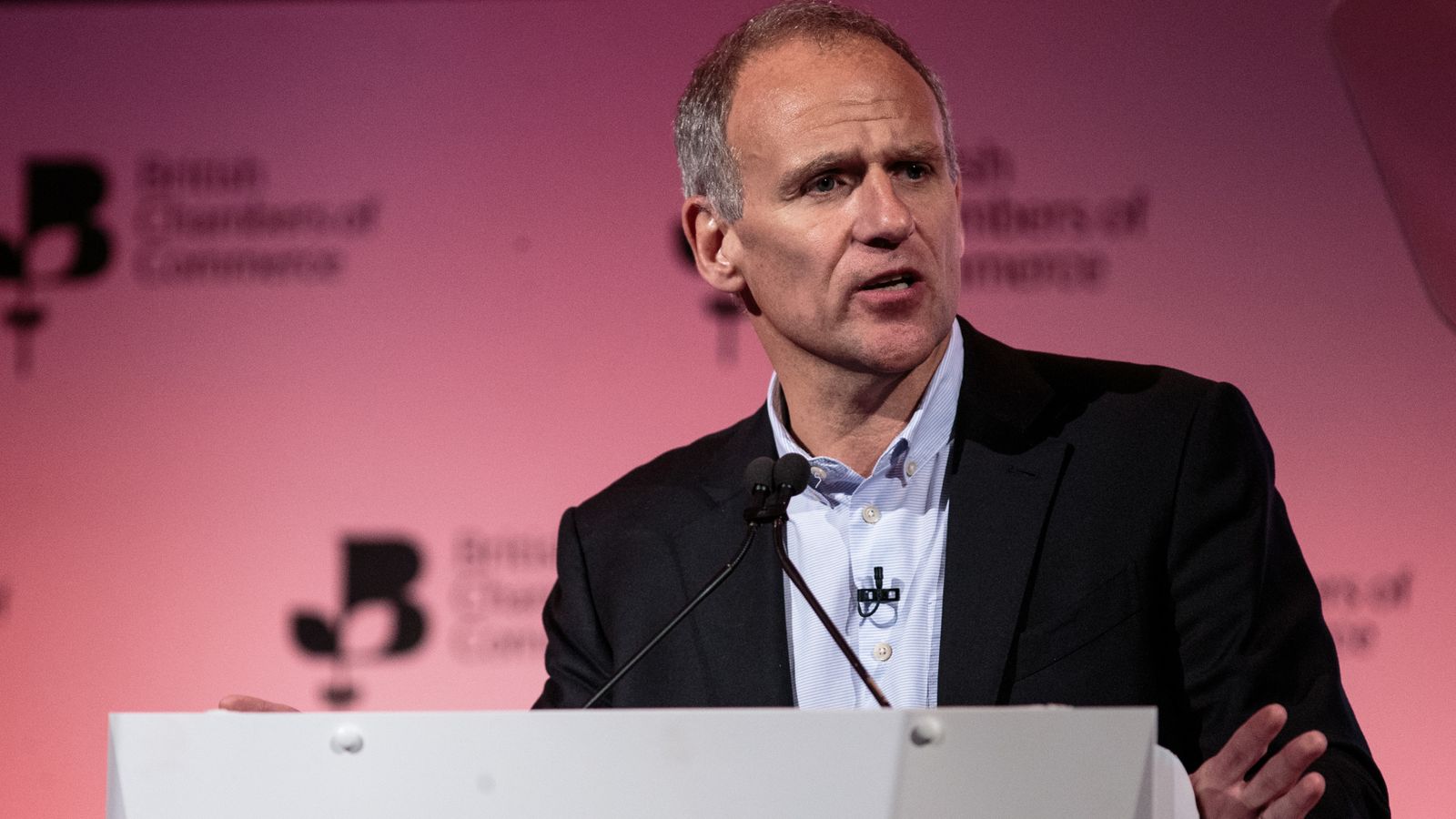 The businessman drafted in by Boris Johnson to advise on the supply chain problems which hit the British economy in the autumn has concluded that major infrastructure changes are needed to avert repeated crises.

Sky News has seen an email sent by Sir Dave Lewis, the former Tesco chief executive, to participants in his review in which he warns that the “seismic move in consumer shopping habits…together with a global shipping challenge has shown the pressure on our existing supply chain infrastructure”.

Sir Dave’s message, which was sent last week, did not highlight specific solutions to the problems he encountered, but said a new strand of work examining the future of the freight industry would emerge early next year.

“The opportunity to step back and strategically consider infrastructure options which reflect the changing consumption habits of the population, the decarbonisation agenda and the need to enhance supply chain capacity and resilience is very real,” he wrote.

The former Tesco boss, who was this week appointed as chairman-designate of GlaxoSmithKline’s £40bn consumer healthcare arm, was appointed by the prime minister to conduct a three-month review.

His mandate was to help “future-proof” Britain’s supply chain in an attempt to aid the economy’s recovery from the pandemic.

A shortage of HGV drivers which triggered huge queues at petrol stations across the country, problems with the supply of carbon dioxide to industrial users and even concerns about the availability of poultry for shoppers coalesced during the autumn into a political storm for the government.

The ‘pingdemic’, which forced hundreds of thousands of people to isolate after coming into contact with those testing positive for COVID-19, also had a severe impact on worker availability – with similar fears raised by the rapid spread of the Omicron variant.

Sir Dave’s immediate recommendations were widely regarded to have helped alleviate the logjams at British ports while accelerating the licensing of lorry-drivers.

His email also flagged that his project had focused on “the identification of the triggers the government would need to pull to enhance the capacity and resilience of the supply chain in rapid order”.

Sir Dave added that “action on this point should be visible in [the first quarter of 2022]”.

He wrote that while “not everything we tried worked…we were confident that the British public would have a well-stocked and supplied Christmas”.

However, he warned: “Obviously we are all critically aware that the Omicron wave puts this work under new pressure.

“Key sectors appear to have good contingency plans in place but the situation is changing very rapidly so we need to plan for the worst and hope for the best.”

A Downing Street spokesman referred Sky News to the Cabinet Office, which did not comment.

‘I still feel really violated’ – says a woman whose flat was broken into by debt collectors
Russian journalist explains what Russians are thinking about Putin’s war
‘I’m asking the questions’: Sciutto pushes back on GOP lawmaker over debt ceiling
War in Ukraine: ‘This is not where Russia planned to be’
Dog walker died from ‘multiple penetrating bites to neck’