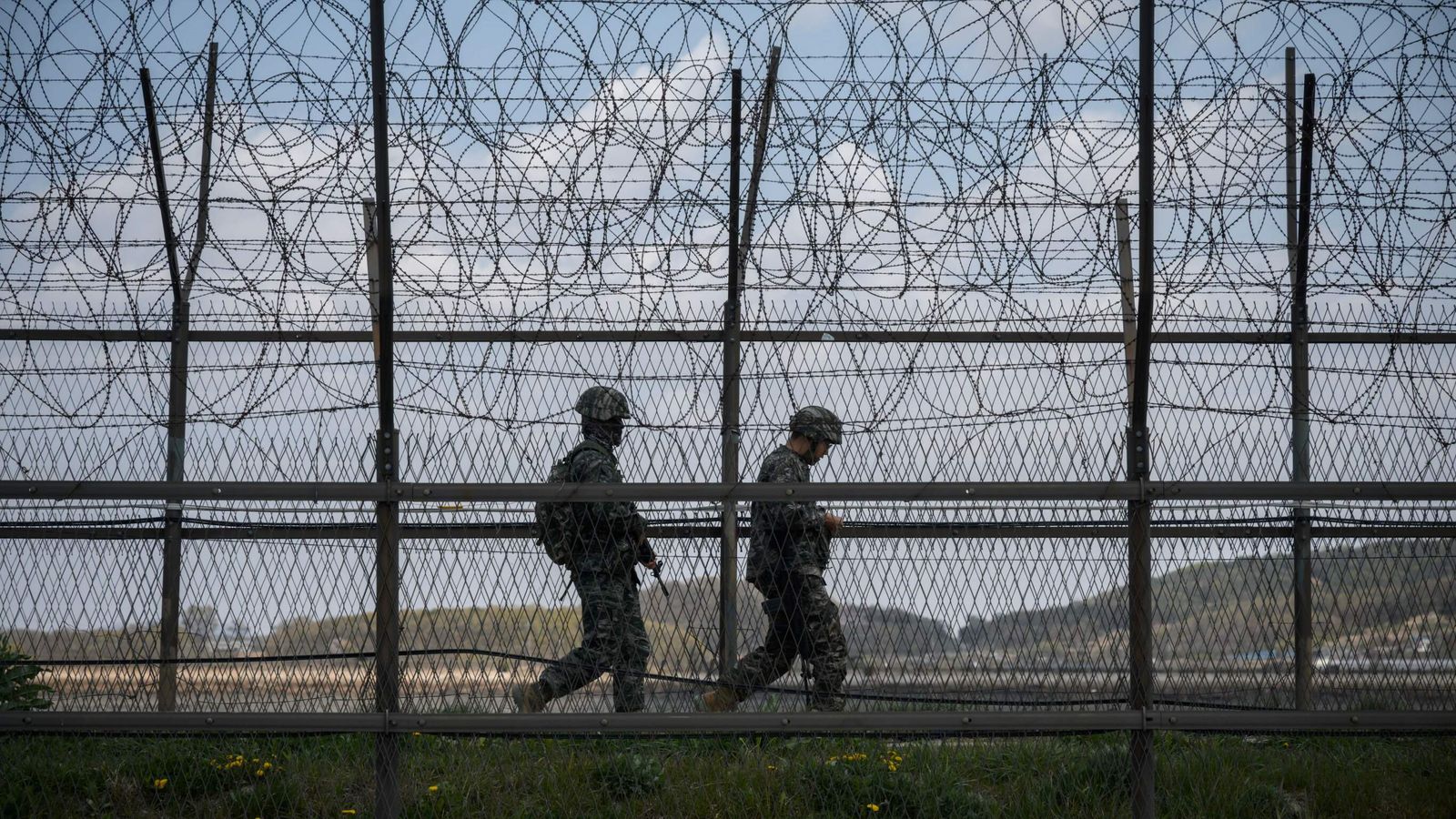 An unidentified person has crossed the demilitarised zone into North Korea.

The person was spotted using surveillance equipment on the eastern portion of the heavily fortified border on Saturday night, but South Korean troops failed to capture them.

The DMZ stretches from coast to coast on the Korean peninsular. It is about 2.5 miles (4km) wide and heavily mined, with barbed wire fences and armed guards patrolling both sides.

It came after North Korea leader Kim Jong Un warned of a “great life-and-death struggle” for his nation as he marked the end of his 10th year in power.

A military officer who spoke anonymously to Reuters said South Korea had sent a message to the North on Sunday morning to ensure the safety of the unidentified person.

The North, which has adopted a shoot-on-sight policy during the COVID-19 pandemic, is not believed to have responded to the message.

There was public uproar in September 2020 when North Korean troops shot dead a South Korean fisheries official who went missing at sea, something which Pyongyang blamed on COVID rules and apologised for.

It is unclear whether the incident marks a rare case of a South Korean attempting to defect to the North, or if it was a North Korean who was returning.

When the Korean War ended in 1953, the two sides only signed a truce, not a peace treaty, meaning they are technically still at war.

Although about 34,000 North Koreans have defected to the South since the late 1990s to avoid poverty and political oppression, the majority escape the country through North Korea’s border with China.

Defections through the DMZ are very rare. Although agents and spies did cross the DMZ during the height of the Cold War rivalry between the two countries, these incidents have not been reported in recent years.

Hear what investigators found inside Idaho suspect’s home
Ex-Trump official reveals the moment he knew his job was at risk
Inside the conclave: How it works
Ukraine War: Will Germany send tanks to Ukraine?
Child prodigy may make Grammy history