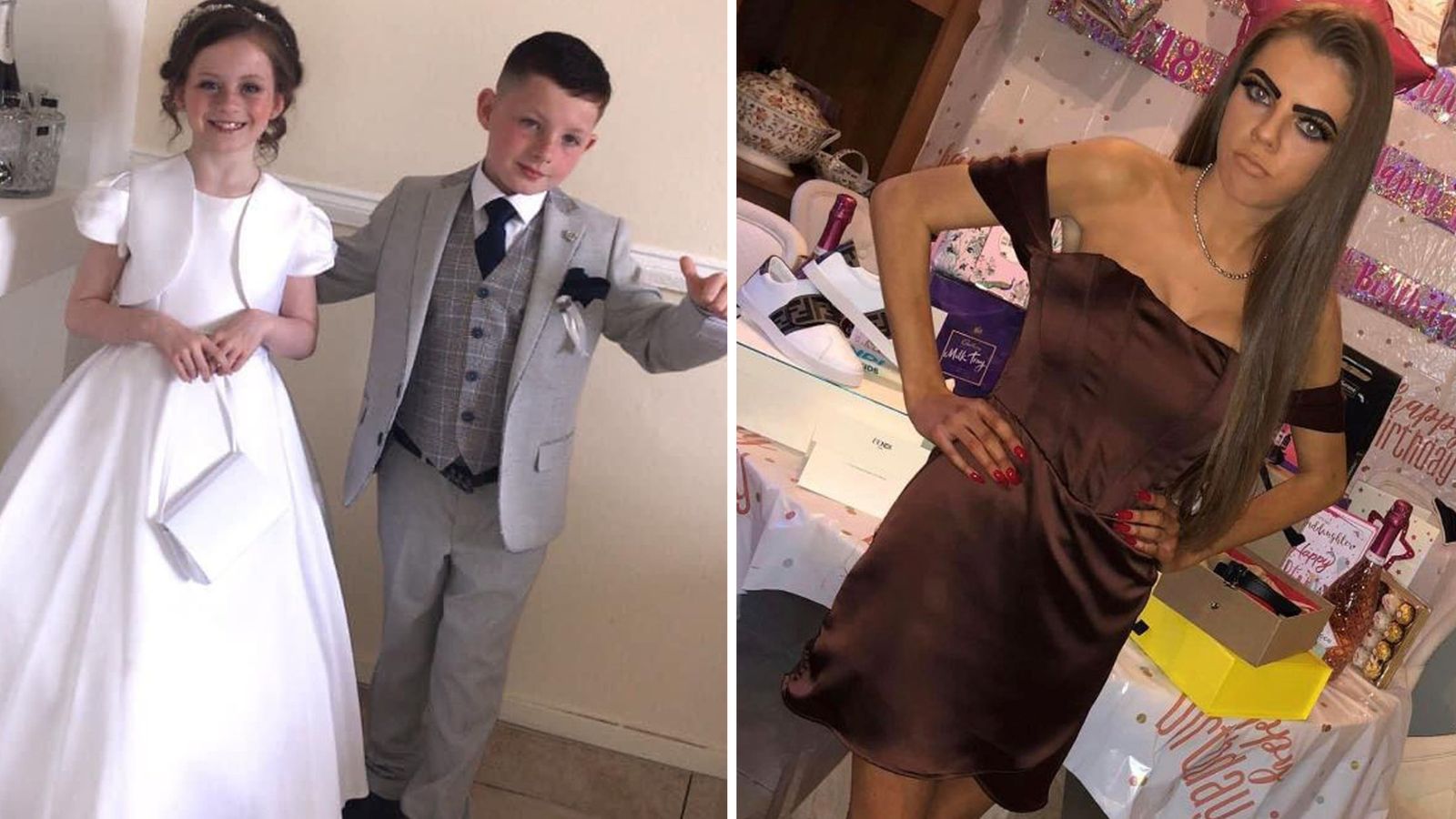 Irish police have named the three siblings who died in a “violent incident” at a house in Dublin.

Lisa Cash, 18, and her twin siblings Christy and Chelsea Cawley, 8, were found at a property in Rossfield Estate, Tallaght, at about 12.30am on Sunday.

They were taken to hospital in Crumlin, but were later pronounced dead.

Police said their mother, in her 40s, has been discharged from hospital, while the victims’ fourteen-year-old brother is still being treated for serious but non-life threatening injuries.

A man in his early 20s arrested at the scene continues to be detained.

Police believe everyone involved knew each other and described the scene as violent, challenging and traumatic.

Post mortems were scheduled for Sunday afternoon and Monday.

The scene – in the west of the Irish capital – remains sealed off while forensic examinations take place.

Upstairs windows of the house were open and smashed, and there were bloodstains on the window frames. A smashed downstairs window was also open.

Items including a shoe, black coat and small bag were removed from the scene in forensic bags.

“Any event like this would cause shock, but the fact that it involves children, it’s a really shocking event for this community, and indeed for the wider Tallaght community and elsewhere. This will affect many, many people.

“I was talking to the Gardai and they told me that their colleagues who were on last night were all deeply shocked.”

Flowers have been left at the scene, with one message saying: “Fly high little angels. Our hearts are broken for you all.”

Dermot Richardson, Sinn Fein councillor for Tallaght, said welfare support should be provided for the family and the local community.

He also urged people not to share any images on social media.

“There are videos being shared on WhatsApp,” he said. “I would ask people not to share it out of respect for the family and the local community as well.

“If you have footage, please pass it on to the Gardai.”

Russia and China are ahead of US in hypersonic missile technology. Here’s why
See what happened when Jordan Klepper went to a Trump campaign event
NHS Crisis: 27 hours for a bed
War in Ukraine: ‘This is not where Russia planned to be’
Who are the key players in the Russia-Ukraine crisis?